Thappad movie review: Taapsee Pannu’s most potent film yet is a resounding slap in the face of misogyny

“Take it in your stride.”

“You have made your point, now drop it.”

Women who object to violence from their husbands get to hear these lines repeatedly, even when the man is a serial offender. If the protest is against infrequent physical abuse or a solitary episode, the volume of these degrading clichés rises manifold. In Thappad, Taapsee Pannu’s character elicits variations of these responses from almost everyone around her. What makes this film what it is is the protagonist’s – and the writers’ – unwavering conviction that in the matter of spousal assault, once is once too many.

Writer-director Anubhav Sinha’s Thappad (Slap), which he co-wrote with Mrunmayee Lagoo Waikul, features Pannu as a stay-at-home wife whose feelings for her husband turn from devotion to indifference when he strikes her one day. They have been a traditional couple until then. He has a busy career, she makes his dreams her own. While he labours over office assignments, she labours over his every need, serving him meals, chasing him up to the car with his wallet and a beverage while feeding him his unfinished breakfast, caring for his elderly mother, maintaining the house, entertaining guests.

They seem to be happy. So when she switches off after a single slap, most people cannot understand. As he himself puts it, “Shit happens. It happens. People move on.”

Thappad is not a saga of multiple twists and turns, unlike Sinha’s earlier two politically charged films, Mulk and Article 15. This one has just one big twist – that slap – which is already in the trailer, but what follows is a  heroine’s dramatic inner journey and a gripping chronicle of how it impacts and/or exposes every single person in her life.

Pannu submits herself fully to the role of Amrita aka Amu. She is so immersed in her character that I almost failed to notice how exquisite she looks in the film – there is that too. She makes Amu’s smooth transition from smiling self-subordination within a marriage to shock to self-awareness completely believable.

The wonderful Ratna Pathak Shah as Amu’s conflicted mother who evolves during the course of the story, Kumud Mishra as her evolved yet evolving father and Tanvi Azmi as her silently suffering saas form the backbone of Thappad’s large and talented supporting cast. Geetika Vidya shows up as a housemaid who refuses to allow her miserable domestic life to dull her sunny disposition, and is as convincing here as she was playing a combustible policewoman in the  acclaimed Netflix original Soni. Ankur Rathee as Amu’s brother is the only weak link in the chain.

The pleasant surprise of the cast for me was Dia Mirza. For years I have noticed her solely for her delicate looks, but director Sinha manages to tap the artiste in her in a way others have not. She makes Amu’s supportive neighbour special and sweet.

As the problematic husband Vikram, Pavail Gulati has perhaps the trickiest job in Thappad since he has to convey arrogance yet also help us understand why Amu might have loved him yet not command empathy. He is a guy who is kind to the household help, but thinks nothing of ordering his wife around like a junior at work. He does not have horns on his head, he is just another entitled jerk who is blinded by his male privilege. A fine actor, Gulati is up to the task.

Thappad beautifully spotlights various shades of men, from the haughty hero to another far more likeable person who is astonished to discover that he – like so many men around us – is a feminist for his daughter but unconsciously patriarchal with his wife.

The script particularly shines in the characterisation of Vikram. Instead of lazily demonising him, Sinha and Waikul write him as precisely the sort of chap about whom family and onlookers tend to say indulgently in real life, “C’mon, he’s not such a bad guy. People make mistakes. Shit happens.”

Thappad, unlike its many characters, makes no excuses for its leading man. It stands out not merely for taking a stand against domestic violence, but because of its call for zero tolerance. And while the audience may expend energy on wondering whether Vikram will apologise for his actions, the screenplay does not make that Amu’s priority: because the assault startles her out of a stupor after which, far from being bothered about how he will now behave, she is off on an inner journey all her own.

For all this and more, Thappad is a potent and engrossing film.

It does stumble occasionally though. The background score, for one, needed toning down in the first half. Amu’s lawyer (Maya Sarao) has a relationship with a man that  feels somewhat contrived for coolth. The narrative could have also done without giving each primary character a redeeming moment in the end – not everyone grows, let us accept that. The final exchange between Amrita’s brother and his girlfriend felt more than a little stretched, and the possibility the ending holds out for Vikram made me uncomfortable.

These are lesser issues than the manner in which Thappad’s dialogues pointedly blame mothers for the way daughters are conditioned to accept mistreatment from spouses and deprioritise themselves, with a mention of a father almost as an afterthought. Brief though this is, it is a surprisingly conservative stand from an otherwise liberal film. Of course women are often enablers of patriarchy, but it is one thing to state that – as Thappad does so well throughout – and quite another to have characters playing along with prevalent notions about maternal-vs-paternal responsibility, thus consciously playing down the accountability of the actual beneficiaries of patriarchy: men.

Whether to play to the gallery or due to a limited understanding of why financial settlements are granted to wives upon divorce, Thappad gets simplistic in a debate on this matter in the film. The least that Sinha and Waikul could have done was address the point that, among other things, such settlements are an acknowledgement of the unpaid work women do in home management, child rearing and elder care, leaving men free to earn.

These are incongruities in a film that otherwise marks an important moment in the history of Hindi cinema.

Taapsee Pannu in a still from Thappad

Thappad is earnest and succeeds in being engaging throughout, despite its challenging theme. Its awareness of gender goes beyond the obvious. It is significant, for instance, that the leading lady whose stance on intimate partner violence ends up educating and inspiring others is a stay-at-home wife and not a high-profile professional, thus reminding us that both conformism and rebellion could come from any quarters. It is significant too that she is placed in an educated, well-off family in a city rather than a poor or illiterate household in rural India, which would have allowed sections of the audience to pat itself on the back and pretend that such things do not happen among “people like us”.

Precisely because of its chosen setting, Thappad is designed to make us uncomfortable about our milieu and compel us to introspect about our own complicity in patriarchy. It also shines a light on patriarchy and gender-based violence across class divides.

Sinha and Waikul’s contemplative writing is exemplified by the tangential points they make without seeming to make them at all. Such as the recognition of a fact rarely recognised by a society obsessed with marriage and coupledom: that it is okay to be on your own. Or, at a time when Islamophobia and community representation are top of the mind for liberal Bollywood watchers, the casual presence of an important Christian character – a good person at that – in a film from an industry that has virtually erased the community from its stories for decades, once it dispensed with the stereotype of Christians as Westernised, quasi-alien drunkards, gangsters and sexually promiscuous gangsters’ molls.

And my goodness, the way that slap is presented! Like a bucket of ice being hurled on a sleeping human, or thunder that could end any reverie. Very much like the film itself. 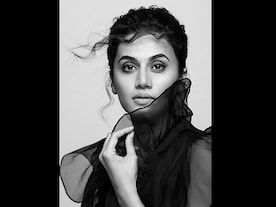 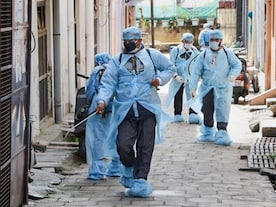