It has been a long time coming.

From the pre-2000 decades when LGBT+ persons were almost always (almost, but not always) written purely as objects of either derision or comedy by Bollywood scriptwriters, to this week's Shubh Mangal Zyada Saavdhan (SMZS); from an earlier era when comparatively sensitive Hindi filmmakers packed their works with subliminal messaging about same-sex love, to the post-2000 era's intermittent open declarations; from the days when the homosexual relationships in My Brother Nikhil (2005) and I Am (2011) were assumed to be of niche interest by producers, distributors and exhibitors, to the present day when glamorous mainstream stars have been cast as same-sex lovers in films bearing all the trappings of mainstream commercial Bollywood such as Ek Ladki Ko Dekha Toh Aisa Laga (2019) and SMZS, it has been a long long time coming.

Ayushmann Khurrana in a still from Shubh Mangal Zyada Saavdhan

Bollywood in 2020 is far from being a jannat, orthodox masses still seem to need comedy as a package for a sensitive reality, and at a couple of places, Shubh Mangal Zyada Saavdhan (Be Extra Wary of Marriage) does make apologetic noises to traditionalists. Still, from a time when audiences were conditioned to assume that songs like 'Yeh dosti hum nahin todenge' (We will not break this friendship) were about platonic male buddies, to today when SMZS is questioning those assumptions, Bollywood has come a long way, baby.

Ayushmann Khurrana stars in writer-director Hitesh Kewalya's Shubh Mangal Zyada Saavdhan as Kartik, a young man living in Delhi and in a committed relationship with Aman (Jitendra Kumar, listed for some reason as Jeetu in the closing credits here). The two are not out to their families. When they travel to Aman's hometown, Allahabad, for a wedding, relatives go berserk on accidentally discovering that they are a couple in love. SMZS is devoted to how Kartik and Aman come to terms with this rejection and how the family comes to terms with their truth.

Kewalya's film is an intelligently handled affair. It is hilarious, but it never mocks the two gay men at the centre of the story. Its laughter is reserved entirely for the prejudice they encounter and the straitjacketed existence of those around them who are determined to preserve their notion of "normal", even if that "normal" has sucked the joy out of their own lives. SMZS's sense of humour does occasionally slip up for other reasons (example: that really flat joke about Neil Nitin Mukesh), but at no point does its comedy turn homophobic.

With a word here and a touch there, through long conversations and fleeting references, Kewalya invites us into his questioning mind and shows a deeper understanding of human relations, gender, Hindu mythology and popular culture than most mainstream Hindi filmmakers. In 2014, when I was working on a feature about the history of LGBT+ portrayals in Bollywood, Ruth Vanita, co-editor with Salim Kidwai of the book Same-Sex Love In India, had told me that when she showed Hindi films featuring the old-style intense yaari-dosti between male leads to her students at the University of Montana, "all of them commented on the fact that the men are singing romantic songs to each other like 'Diye jalte hai' (from Namak Haram) and the songs from Dosti. If you played those songs without knowing that a man is singing to a man, it sounds like a man is singing to a woman..." (For more on that, click here.)

Like Vanita, Kewalya repeatedly asks us to step outside ourselves and consider the possibility of messaging, including coded messaging, featured in art works and mythological motifs we have long loved but seen with different eyes in the past. 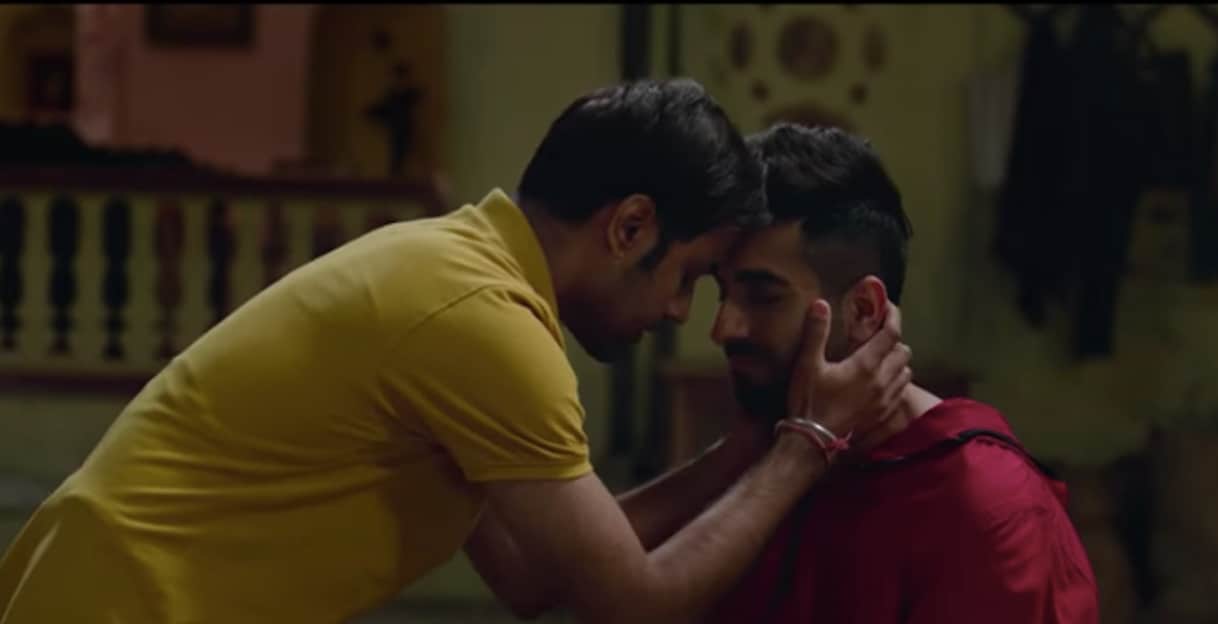 SMZS's intelligence extends to its acting. Khurrana and Kumar are not bound by any of the traits formulaic Bollywood has so far compulsorily assigned to gay men. Khurrana does tweak his body language to play Kartik, but those changes are barely discernable and in no way stereotypical or caricaturish in keeping with Bollywood conventions.

Aman's relatives, played by the phenomenal Neena Gupta, Gajraj Rao, Sunita Rajwar, Manu Rishi Chadha and Maanvi Gagroo, perfectly capture various shades of bias and acceptance to be found in families that are weighed down by social conditioning and ignorance, not hate.

In the midst of this carefully chosen cast, Bhumi Pednekar appears incongruous, not for any fault of hers but because of what her brief appearance in the narrative signifies. The lovely Ms Pednekar was the heroine of the 2017 Bollywood hit Shubh Mangal Saavdhan (with dialogues and screenplay by Kewalya) in which she had a solid role alongside Khurrana. Shubh Mangal Zyada Saavdhan has no plot connection to the previous film, the title merely cashes in on that one's recall value. It is telling then that the producers felt comfortable revisiting the name while dispensing with the leading lady, instead of establishing a new brand. As it happens, this is customary in the world of Bollywood franchises and sequels. Obviously Pednekar's cameo here is a bow to the success of Shubh Mangal Saavdhan, but her role is written almost like a spare tyre lying unused, it is embarrassingly insignificant (a cameo need not be) and forgettable, and it is an unfortunate reminder of the continuing dispensability of women stars in this male-star-obsessed industry.

Repeat: Bollywood is far from being a jannat of progressiveness. It is up to viewers to decide whether to see the glass as half full or half empty. There is a third option: we could celebrate forward movement and yet draw attention to missteps and steps yet to be taken.

SMZS falters during a scene in which Aman's mother laments her husband's unwillingness to fight for her son, but simultaneously criticises her son for — so she says — expecting his family to evolve overnight. This monologue is designed as an expression of empathy, so it has to be placed on the record that marginalised social groups do not owe it to dominant groups to break them in gently. Individuals may CHOOSE to do so for strategic reasons or out of love and affection, but no one has a right to demand it.

Whether this scene is a mark of the writer's own sub-conscious conservatism or a safety net spread out with commercial compulsions in mind is hard to tell. It is troubling though, as is the odd emphasis on how homosexual relations ought to be private during a TV news announcement about the Supreme Court's ruling on Section 377 of the Indian Penal Code that earlier criminalised same-sex relations. This moment in the film would perhaps pacify conservatives who seem to have this bizarre expectation that anyone who is not heterosexual wants nothing more than to have sex in public. Perhaps that is why it is there.

Hopefully these aberrations will find mention among the many conversations SMZS will spark off. That it will spark off conversations is a given. This is, after all, no ordinary film raising ordinary questions, as is evident early on when two characters dwell on how a father's sole contribution to creating a child is his sperm. One of them adds that a child spends an entire lifetime repaying the debt of that single sperm. So you see, SMZS's courage lies not just in its condemnation of homophobia, but also in its questioning of the very foundation of the Indian patriarchal family structure which rests on the belief that children owe parents a debt of gratitude for having made them/us.

SMZS is funny, brave, smart and thoughtful, and Kewalya is a voice worth listening to. 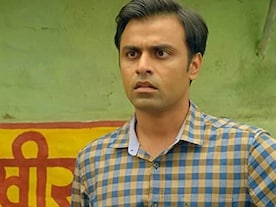