Photos of Dilip Kumar's ancestral home in Qissa Khwani Bazaar in Pakistan have surfaced on the internet and they make for a sorry picture. The legendary actor, who was born in Peshawar, had mentioned the house and the fond memories attached with it, in his autobiography, Substance and Shadow. However, according to The Express Tribune, his house is now nothing but a dilapidated structure. Kumar's home once held a special place in the heart of local residents. However, it's now been turned into a dumping ground of sorts. Local shopkeepers use it as a storage space. What remains of the unoccupied building is now a broken-down structure with a collapsed ceiling.

The Pakistani government had declared Kumar's house a national heritage monument in 2014. A year before that, Prime Minister Nawaz Sharif had ordered the national heritage ministry to take over and restore the building that once housed Kumar, who had previously been conferred Pakistan's highest civilian honour, the Nishan-e-Imtiaz.

According to the Tribune report, no substantial efforts have been made by the Pakistani authorities to restore or protect the house whatsoever. Director of Archaeology and Museums Dr Abdul Samad added that the house has more cultural significance than being a heritage monument with historical value. Therefore, it does not need to be preserved like a regular monument. However, Samad stated that Kumar's house will soon be restored under the K-P Antiquities Act 2016. 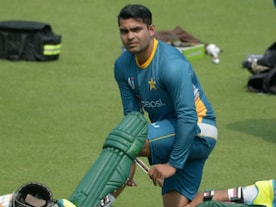