As many as 14 actresses on Sunday said they will not join the Association of Malayalam Movie Artists (AMMA) as it lacks any fairness, a week after the members of the association revoked the suspension of actor Dileep, accused of kidnapping an actress.

The 14 active members of the recently-formed Women in Cinema Collective (WCC) took the decision even as superstar Mohanlal, who heads AMMA, said on Saturday that there was no vested interest in taking back Dileep. 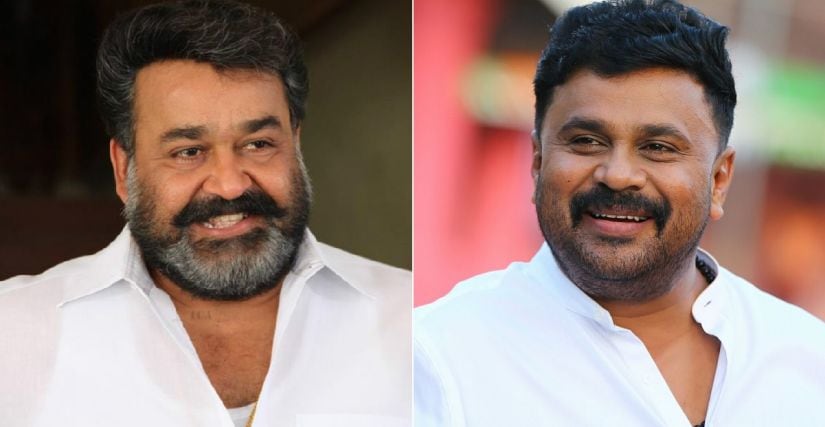 Here's how the whole controversy unfolded:

July 2017: Malayalam superstar Dileep is arrested in connection with the abduction and molestation of a popular actress in a car in February earlier that year. AMMA hurriedly calls an executive meeting chaired by Vice President Mammootty in the absence of its President and Lok Sabha member Innocent, and decide to oust Dileep from the membership following his arrest.

January 2018: Mammootty and KB Ganesh Kumar tussle over control of AMMA with the superstar seemingly not keen on allowing the latter to the helm. Ever since the arrest and the incarceration for 85 days of Dileep, AMMA has gone into a shell. The actor's suspension was criticised by Ganesh Kumar. AMMA is unable to convene a meeting of its office-bearers. And, a new generation of stars led by Prithviraj put their foot down after Innocent, propped up by Mammootty and his fellow superstar Mohanlal and other seniors, wished to revoke Dileep's suspension.

24 June 2018: Mohanlal is unanimously elected the new President of AMMA, replacing Innocent, the hugely popular comedian and CPI-M backed Lok Sabha member from Chalakuddy, who was at the helm for the past 18 years. Mohanlal's election was a foregone conclusion as there was no other candidate when the last date of filing nominations closed early this month. In the first annual general body meeting after Dileep's arrest, AMMA takes a decision to revoke the suspension of Dileep, on the grounds that it was done by a hurriedly-valled executive meeting which was against the by-laws of AMMA. The leading actresses from Women in Cinema Collective (WCC), an actress body in Kerala, along with some male actors like Prithviraj were absent.

25 June 2018: WCC is irked with AMMA's decision to revoke the suspension and put out a Facebook post condemning AMMA's decision. Soon, political leaders also slam AMMA for the move.

Senior Congress MLA, PT Thomas, who was one of the first to know about the actress kidnapping case in February 2017, and had reached the victim's side before informing the police, told the media that AMMA should reconsider its decision on Dileep. Popular actress Rima Kallingal and her husband director Ashiq Abu were the first to voice their displeasure. Many were surprised by the manner in which around 385 artistes of AMMA who met in Kochi last Sunday, did not utter a word when actress Urmilla Unni asked if Dileep will be reinstated. None spoke up or against it as Dileep was taken back into the fold. In fact AMMA members want showcause notices to be given to Dileep's former wife Manju Warrier, Parvathy, Remya Nambisan and Rima Kallingal of the WCC, who are also part of AMMA.

This leads to the subsequent resignation of four leading actresses — including Rima Kallingal, Remya Nambisan and Geetu Mohandas — from AMMA.

28 June 2018: Mohanlal comes under fire from the Kerala Women's Commission over the decision to reinstate accused actor Dileep into the artistes' body. Revathy Asha Kelunni, Padmapriya Janakiraman and A. Parvathy write to AMMA General Secretary Edavela Babu and demand an emergency executive meeting to be called on 13 or 14 July.

Meanwhile, Dileep tells AMMA he will not return to AMMA until he clears his name in the abduction case.

29 June 2018: Youth Congress activists take out a protest march to Mohanlal's home. Shouting slogans against Mohanlal, the protesters demand that an actor of his stature should not resort to any sort of measure that will affect womanhood by siding with people who are accused and he should not have taken the decision to revoke Dileep's suspension. Mohanlal was not present in the house at the time, and some of the protesters, who tried to barge into the compound, were stopped from creating any damage.

30 June 2018: An audio clip of actor-turned-MLA KB Ganesh Kumar criticising the role of politicians and four actresses who resigned from the artistes body AMMA, surfaces. The Pathanapuram MLA can be heard calling the politicians "limelight hoggers" and the four actresses "perennial trouble-makers". In the clip, Kumar advises Babu to "just keep silent" as the outburst over the revoking of Dileep's suspension in AMMA will die down in two days.

Mohanlal breaks his silence for the first time, saying there was no vested interest in revoking the suspension of Dileep from AMMA. He adds that they just followed the democratic principles adopted in any organisation. He further states it has to be noted that they have not even communicated the unanimous decision to Dileep as even before that there has been a huge opposition to it.

1 July 2018: The 14 members of WCC refuse to join AMMA. Also, two Kannada film bodies — the Kannada Film Industry and the Film Industry for Rights & Equality — write to AMMA expressing their displeasure in the manner in which Dileep's suspension was revoked.

In a Facebook post, the actresses, including Amala Akkineni, Archana Padmini, Divyaprabha, Sajitha Madathil and Jolly Chirayath, wrote that after realising that there is nothing positive in the horizon, "as no meaningful discussion can take place because it's caught between certain groups, fans associations and it fails to have a humane approach towards issues concerning women, we are unable to take membership in AMMA". Cinema in the time of COVID-19: an ode to the romance of movie halls and watching films with strangers