After working on Priyadarshan's Bhool Bhulaiyaa (2007), which was the remake of  Malayalam film, Manichitrathazhu, Vidya Balan chose not to work in remakes anymore, "because I feel if the film turns out well then why would you want to make remakes". So when she was approached for Begum Jaan (released on 14 April), which had already been made in Bengali and was declared a huge hit, she had apprehensions in the beginning. "But then, I felt that it has been made in Bengali and the national audience has not seen it, so maybe that is a good reason to take up the project. Also, the character was calling out to make the film. I am forever hungry for good roles," says Vidya. 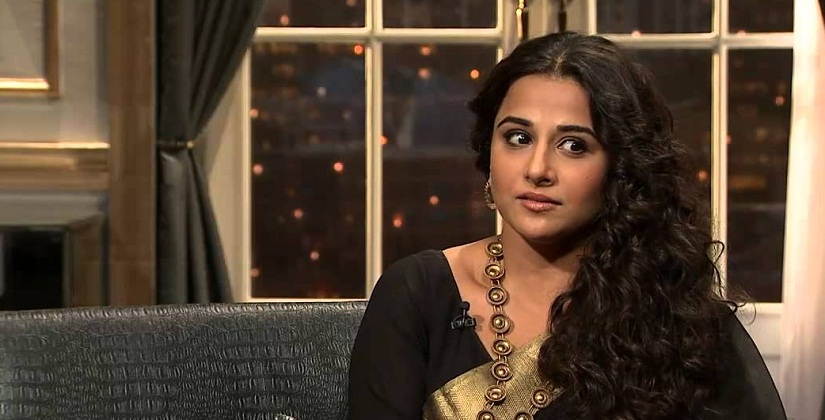 Vidya was on a break of six to eight months in 2014 when the film's director, Srijit Mukherji offered her Begum Jaan. "At that time nothing was tempting me and obviously I did not want to tell him that I am taking a break, so I just told him that I wasn't ready to do a film at this point. I thought he will go ahead and make the film with someone else and he did make the Bengali version (Rajkahini) with Rituparna Sengupta as planned. But he did come back to me for the Hindi version when Mahesh and Mukesh Bhatt took interest and asked me to watch the Bengali version," says Vidya, further adding, "I was meant to do this film, it came back to me. After saying 'no' once when a director comes back to you it is amazing. There was no ego issue from his side." She continues, "Begum Jaan is a very different person from anyone I've known or played in my life.  She is unapologetically and unabashedly powerful. I found that fascinating about her. Even when you see a powerful woman, you will still see a softer side to her, but not her. She is unflinchingly powerful. I liked her body language, she is a tigress, she owns the space she enters. That's what drew me to her."

However, Vidya, who will be seen playing the madam of a brothel in Begum Jaan, says that the director has approached the Hindi version as a completely different film. "The Bengali version was far more graphic and bold because their audience has an appetite for films like these, unlike the national audience. Mahesh Bhatt asked Srijit about why did he want to pursue a Hindi remake and Srijit's reasoning was that firstly he felt he can correct things that warranted correcting in the Bengali version through this, but more importantly, he wanted to tell the story from a completely new perspective. He wanted to see how that works as a filmmaker. So when he had the clarity that he was approaching it as a different film I think it was very easy for me. I watched the film just to see whether I wanted to do the film or not. Rituparna's performance is stupendous and I told myself to consciously block that out to bring to it my own interpretation."

Vidya adds, "I wouldn't have watched the film... even during Bhool Bhulaiyaa, Priyadarshan told me not to watch the Malayalam version and even here I wouldn't have watched it but then Srijit didn't have the script and it was on the basis of the Bengali film that I agreed to do it. When I am watching a film I invariably watch it as the audience unless I am a part of the film, because then you are watching yourself.  Rituparna's performance made an impact on me but I have tried to bring my own essence in Begum Jaan."

But is there a pressure on Vidya as Rajkahini was a huge success and had set the box office register ringing in Kollywood?  "No, there is no pressure at all.The audience is different, the approach is different, the way character has been fleshed out is different. In terms of plot it is the same, but it plays out in many ways,” says Vidya.

In his interview to Firstpost, recently, Srijit Mukherjee had said that he has shown the softer side of Begum Jaan which was absent in Rajkahini. 'There are romantic and maternal aspects that have come out more in the Hindi version. In Bengali version, it was much drier, sturdier and more masculine whereas Vidya's character is more feminine and slightly more attractive,' Srijit had said.

Vidya talks about her take on the character, "Well, it will be difficult to make Rituparna look masculine but Srijit did attempt that...she has a sweet voice and he changed her voice. Her character is not masculine but it is not feminine either. With Begum Jaan, my interpretation was that she has been a prostitute but she has now become the madam of the brothel, so she turns down the charm when she wants to. Srijit and I agreed on that. Set in 1947, by the time a woman was in her early 30s she was considered over the hill. For a prostitute, someone who is into flesh trade, she was not older than the other girls. She still had the desire...I felt she would still try to hold on to her youth, her desirability...that was the new twist from the Bengali version."

Srijit, who is making his Bollywood directorial debut with Begum Jaan, was quite the taskmaster on the sets, we hear, and it is not surprising that Vidya calls the director maniacal when it comes to his work. "He is so driven, not just on sets but even before that. I have worked with many good directors and I always do my preparation but this preparation was on another level. Costume, hair, make-up, art department, production, camera... everybody was well prepared before we reached the sets. We managed to finish the film in 32 days flat despite bad weather. I have worked hard in lot of films but I didn't know I was capable of this kind of maniacal energy," she says.

That brings us to the scene where Vidya is seen slapping her co-star in an emotionally charged and intense situation. “That part was really tough. I have not slapped anyone in my life and when I had to slap Mishti, I had a tough time. I kept apologising to her, hugging her, caressing her and kissing her forehead between takes, but Srijit told me to stop doing all that. He wanted to hear that thappad ki goonj.  Finally, I gave it off in one take," laughs the actress. She further says, “Srijit didn’t want me to interact too much with the girls.  He was with them throughout the workshop but he got me only in couple of readings. It was a natural instinct to be friendly but he felt that the girls had to keep a distance from Begum Jaan. We hardly interacted and that helped the film. No make-up was not a big thing for me as I have done that in the past, and Srijit gave me a slightly suntanned skin tone. But some of the girls who are very new and didn’t know how it translates on screen, came with make-up initially, and Srijit would wipe it off.”

After Begum Jaan, which has hit the screens today (14 April), Vidya will be taking a break from serious roles, and will start shooting light-hearted, Tumhari Sulu — a comedy drama about a simple, happy-go-lucky housewife who stumbles upon a job of a night RJ (radio jockey). "People say I laugh and smile all the time so why do people give you intense roles. They haven’t seen me smile in a film for years and I am looking forward to that. I will have fun filming Tumhari Sulu," signs off Vidya.