Director Om Raut redeems his historical Tanhaji: The Unsung Warrior to a large extent with a smashing climax, involving a duel between the titular character (Ajay Devgn) and his Rajput nemesis Uday Bhan (Saif Ali Khan).

It is a powerful close to a film that lacked the same intensity throughout its rather tepid narrative. Sure, the climax conventionally needs to be at a higher point than the rest of the film. But the lead-up could have been at least a large fraction of what lay ahead. The only point that comes even close to the rousing climax is the interval point, which not only introduces an unexpected twist to the plot but also raises the stakes of the forthcoming Battle of Singhad.

Ajay Devgn in a still from Tanhaji: The Unsung Warrior

The trailer of the film described the battle as 'a surgical strike' by a troop of Chhatrapati Shivaji's Maratha soldiers, led by his right-in-command Tanaji Malusare, on the castle of Gondana, an erstwhile Maratha territory, surrendered to the Mughal Empire four years before as a truce to not invade the rest of the Maratha kingdom.

Standing tall against Tanaji and his Maratha bravehearts is Uday Bhan, a Rajput bodyguard of Aurangzeb, who has been assigned the task to secure Gondana, given his crafty ways, inhuman strength and agility, and skilled warrior abilities.

The real meat of Tanhaji: The Unsung Warrior is the climactic strike and ensuing battle. The rest of the narrative falls weak in relation on grounds of both engagement and significance. Most of it is just setting up the plot and explaining the background, which could have been conveniently done even by Sanjay Mishra's voiceover, that introduces the audience to the times of Tanhaji.

The leading man, though undoubtedly an unsung warrior, as the title suggests, comes across as rather one-dimensional.

The same can be said for the character of Shivaji (Sharad Kelkar) but his sidelining can be attributed to Tanhaji being considered the focal point of the narrative. Given he is in almost every frame of the story, Devgn needed to play Tanaji with many more shades. He is unfortunately reduced to a type, who just speaks Marathi.

Saif is then left to do most of the heavy-lifting. He does not disappoint but that is only because he transcends the written word. When his first look was released online, it drew instant comparisons to Game of Thrones character Jon Snow and Ranveer Singh's portrayal of Alauddin Khilji from Padmaavat. In the subsequent interviews, Saif clarified his character is much more twisted than Snow, and he does aim to supersede the benchmark set by Ranveer (In one scene, he actually screams, "Jai Khilji!"). Neither of his statements is entirely true. That is because he does not immerse himself completely in the unhinged evilness of his character like Ranveer did. However, what stops his Uday from becoming a type is the amount of infectious fun Saif has while playing the character. For him, Uday is merely a costume drama character, and Saif has a ball playing him to the gallery. His self-awareness makes him stand out in an otherwise frivolous drama.

A special mention to Kajol, who plays Tanaji's wife Savitribai. She told this writer that she plays one of those stay-at-home women who pray while their husbands navigate the battlefield. Despite how trivial she makes her contribution to the narrative sound, Kajol makes her small part reverberate through her unparalleled screen presence and emotional intelligence. It is her first historical in an over 25-year-long career, and she admits her approach was more studied for historical accuracy, as opposed to her usual spontaneous self. The best part about her performance is the calculations don't really show. She is as effective and effortless as she has been throughout her career. 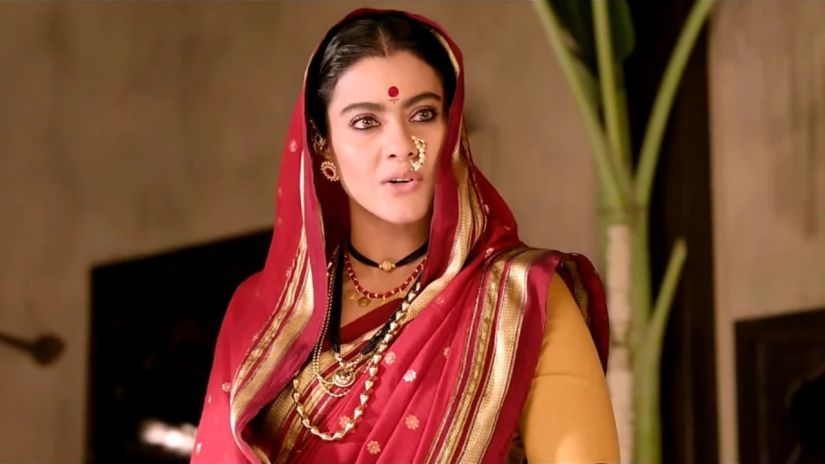 The rest of the supporting cast, including Luke Kenny (as Aurangzeb), Kelkar (as Shivaji), and Neha Sharma (as Kamal, Uday's love interest), are serviceable though none of them particularly stand out.

Cinematographer Keiko Nakahara captures both scale and intimacy at the correct spots. Editor Dharmendra Sharma has a difficult job of putting together a huge number of action pieces but he achieves that with ease.

Production designers Sriram Iyengar and Sujeet Sawant, and costume designer Nachiket Bharve, resort to conventional tropes (red for the wife, earthy tones for protagonist, and ink blue for the villain) but end up creating a visually fascinating chapter straight out of an Amar Chitra Katha book.

The VFX and special effects, including the 3D ones, aid the scale of the film and the vision of the director. The action direction is great, particularly the inventive use of bamboos to scale the outer walls of the castle and Uday's innovative style of holding the sword upside down while attacking.

Ajay-Atul's music, as is the case with most of their Hindi music rooted in Marathi flavour, is populated with Nashik dhols and other local instruments. Out of the entire soundtrack, the tracks 'Maay Bhavani' and 'Tinak Tinak' stand out. Ganesh Acharya comes up with contemporary dance moves for 'Shankara Re Shankara,' which serve more as a distraction than an addition to the screenplay. The real deal is the background score, which is consistently as rousing as the climax of the film.

Like every unsung warrior is a hero by birth, every engaging character stems from good writing.

Tanhaji: The Unsung Warrior seemed to promise propaganda, but delivers a solid action-drama instead 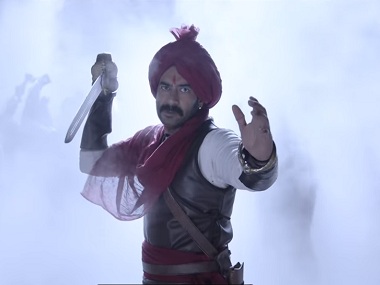