Sidharth Malhotra's upcoming thriller Most Wanted, with director Raj Kumar Gupta, has reportedly been postponed to next year. The movie was apparently supposed to go on the floors by the end of 2017, however now it seems that adhering to this schedule might not be possible. 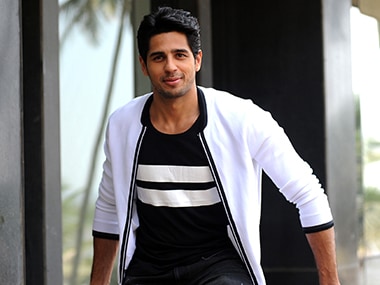 The location is allegedly the problem and is the reason why the film's shooting has been stalled. “The location, which we had planned to shoot at is facing major floods. We will now shoot Most Wanted early next year post the shooting of Raid," said Gupta, according to a DNA report.

It was previously reported that Gupta had been working on the script of this thriller for around a year, after the completion of which the director then approached Malhotra. The film is reportedly based on a series of real life events.

Raj Kumar Gupta made his directorial debut with the critically acclaimed film Aamir in 2008.

Sidharth Malhotra is currently busy with many films in his kitty. Ittefaq with Sonakshi Sinha and Aiyaary with Manoj Bajpayee are taking up much of Malhotra's time. The actor also recently saw a release in the form of Raj and DK's directorial venture A Gentleman which had Malhotra paired with Jacqueline Fernandez.