Pranitha Subhash has joined the cast of Ajay Devgn's Bhuj: The Pride of India.

The actor is best known for starring in several commercially successful Telugu and Tamil films such as Baava, Attarintiki Daredi, Massu Engira Masilamani and Enakku Vaaitha Adimaigal. She was most recently seen in music video 'Chan Kitthan', opposite Ayushmann Khurrana.

To be written and directed by Abhishek Dudhaiya, the film will feature Ajay as Vijay Karnik, an IAF Wing Commander, who was in charge of the Bhuj airport during the 1971 war between India and Pakistan. Karnik, along with 50 Indian Air Force and 60 defence security officers, played an instrumental role in keeping the airbase operational despite facing heavy bombing from Pakistan. 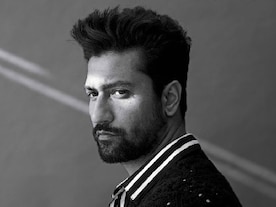