Wipro, India's third largest software company, said its overall business is at a major risk due to protectionist measures being adopted by the Donald Trump government.

In its annual filing with the US Securities and Exchange Commission (SEC), the Bengaluru-headquartered IT company has singled out US President Donald Trump for the recent spate of developments that could have a material adverse effect on its business. 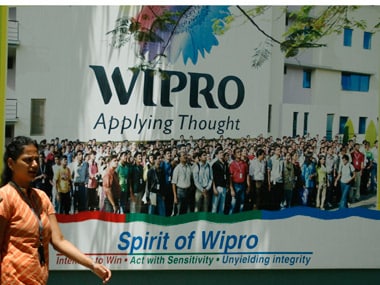 "On 8 November, 2016, Donald J. Trump was elected the next president of the United States. As a candidate, President Trump and his administration expressed support for policies impacting existing trade agreements, like North America Free trade agreement (NAFTA), and proposed trade agreements, and promoting greater restrictions on free trade generally and significant increases on tariffs on goods imported into the United States. Changes in US social, political, regulatory and economic conditions or in laws and policies governing foreign trade, manufacturing, development and investment in the territories and countries where we currently operate could adversely affect our business," Wipro said in a filing with SEC.

Wipro further highlighted that its revenue and operating results are directly linked to the the use of technology in business and the type and level of technology spending by its clients.

"Our business depends, in part, upon continued reliance on the use of technology in business by our clients and prospective clients as well as their customers and suppliers", Wipro said.

Since being elected as US president, Donald Trump has put restrictions of number of US H-1B visas being issued to foreign companies. He has been especially critical about Indian technology companies like Infosys and TCS in the past for raking in millions of dollars and robbing hundreds of US jobs.

In fact Wipro in its SEC filing has pointed out that protectionist measures by the Trump government could prompt key US clients to focus on other priorities which in turn may force them to reduce or defer their spending on new technologies.

"In challenging economic environments, our clients may reduce or defer their spending on new technologies in order to focus on other priorities and prospective clients may decide not to engage our services. Also, many companies have already invested substantial resources in their current means of conducting commerce and exchanging information, and they may be reluctant or slow to adopt new approaches that could disrupt existing personnel, processes and infrastructures," according to SEC filing.

If the growth of technology usage in business, or its clients’ spending on such technology, declines, or if the company cannot convince its clients or potential clients to embrace new technological solutions, its revenue and operating results could be adversely affected, it said.