Raghuram Rajan has started his innings with a bang. On the very first day after taking over from Duvvuri Subbarao as Governor of the Reserve Bank of India (RBI), he stamped his authority on the institution by announcing several measures to modernise and liberalise the Indian banking system even while clearing the cobwebs of the past.

At the same time, he promised to defend the value of the rupee, both internally and externally. (Read the full text of his speech here)

The announcements, if followed up with efficient and quick execution, have the potential to rejuvenate the system and erase the sense of deafeatism that characterised the last days of Subbarao, which led to unending conflicts between the central bank and the finance ministry.

Unveiling his initial agenda for change, Rajan called for steps to internationalise the rupee, liberalise branch banking, open up banking to more entrants, reduce the pre-emption of bank resources for investment in government securities, rethink and, if possible reduce, the scope and target of mandated (or priority sector) lending, allow banks to borrow more from abroad to help reduce the current account deficit, and protect the savings of the ordinary bank customer by offering consumer price-linked inflation indexed certificates by November. 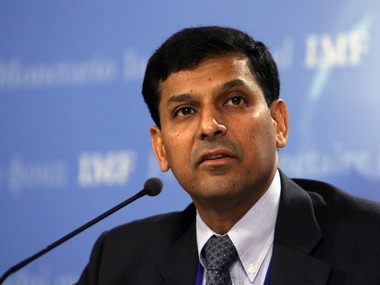 Rajan said that the RBI will allow exporters and importers more leeway in cancelling and rebooking forward cover. AFP

He emphasised that the changes proposed may be "risky" but "as India develops, not changing is even riskier. We have to keep what is good about our system, of which there is a tremendous amount, even while acting differently where warranted."

In a clear signal that the recent depredations of the rupee have not reduced the central bank to defensive thinking, Rajan said that the RBI will allow exporters and importers more leeway in cancelling and rebooking forward cover, effectively rolling back some of the restrictive measures introduced recently to reduce speculation in the rupee.

Given the bitterness recently seen between North Block and Mint Street in the final year of Subbarao's tenure, Rajan starts with a clear advantage in terms of better relations with the finance ministry, of which he was the Chief Economic Advisor from August last year. His rapport with Chidambaram will help him send a strong message of positivity for the markets.

But challenges remain. Here are some of the key implications of what Rajan said, and the tensions that he will have to negotiate in the months ahead as the economy grapples with a slowdown.

The rupee: Rajan said: "The primary role of the central bank...is monetary stability, that is, to sustain confidence in the value of the country's money. Ultimately, this means low and stable expectations of inflation, whether that inflation stems from domestic sources or from changes in the value of the currency, from supply constraints or demand pressures."

The implication: If Rajan wants to maintain the purchasing power of the rupee, he will have to bring inflation down. To maintain the rupee's internal value, he may have to hold rates, if not raise them. Since he said that he will fight for the rupee even if the inflation is the result of demand or supply pressures, the hint is about a strong line on interest rates.

Implication: The answer will lie in the fine print. While banks may be free to set up branches anywhere everywhere, Rajan also talked about more financial inclusion. One can expect all banks to rush to set up more branches in tier-2 to tier-6 towns, and also in some metros; pushing them to rural areas will be tougher. This policy is good, but the financial inclusion bit will be tough to achieve. Given the government's commitment to direct cash transfers, some pressures will come from the finance ministry to ensure more rural penetration.

New banks and competition: Rajan said: "The RBI will give out new bank licences as soon as consistent with the highest standards of transparency and diligence...We will not stop with these licences. We will pursue creative ideas of the RBI staff and come up with a detailed roadmap of the necessary reforms and regulations for freeing entry and making the licensing process more frequent after we get comments from stakeholders."

Implication: Rajan clearly does not want to issue licences only in dribs and drabs. In this, he will have the full support of the finance ministry even while facing some resistance from his own staff, who are wary about freeing up entry for banks, especially new banks set up by corporates. But Rajan will probably push it through, since he is so convinced about it. Over the next three to four years, competition from banks will bring better services and push banking charges down. Currently banking is a very high margin business, especially for smart private sector banks.

Freeing bank resources: Rajan said: "Our banks have a number of obligations that pre-empt lending, and in fact, allow what Dr Rakesh Mohan, an illustrious former deputy-governor, called 'lazy banking'. One of the mandates for the RBI...is to ensure the flow of credit to the productive sectors of the economy. In this context, we need to reduce the requirement for banks to invest in government securities in a calibrated way, to what is strictly needed from a prudential perspective."

Implication: It is possible for the RBI to cut pre-emption in the form of minimum investments in government securities (currently 23 percent of liabilities), but he can't do it too fast given his commitment to fund government deficits and keep rates as low as possible. If banks are free to lend less to government, the latter will pay more for money. But over time companies will find cheaper loans. There will be pressure from the finmin to go slow here.

Priority sector lending: The new governor said: "We also subject our banks to a variety of priority sector lending requirements. I believe there is a role for such a mandate in a developing country - it is useful to nudge banks into areas they would otherwise not venture into. But that mandate should adjust to the needs of the economy, and should be executed in the most efficient way possible. Let us remember that the goal is greater financial access in all parts of the country, rather than meeting bureaucratic norms."

Implication: Banks will jump with joy if this happens. But politicians are unlikely to be happy with this in an election year, especially if money to favoured sectors such as exports, agriculture and small and medium enterprises is curtailed. A committee will look into this, but it will take time to implement.

Deepening the markets: Rajan surprised everyone by announcing liberalisation in the forward dollar market. He said: "Presently, exporters are permitted to rebook cancelled forward exchange contracts to the extent of 25 percent of the value of cancelled contracts. This facility is not available for importers. To enable exporters/importers greater flexibility in their risk management, we will (1) enhance the limit available to exporters to 50 per cent; and (2) allow a similar facility to importers to the extent of 25 percent." He also announced steps to develop the government bond markets by introducing cash settled 10 year interest rate future contracts; later, the RBI may allow the introduction of interest rate futures on overnight interest rates.

Implication: Both measures are signs of confidence that India can handle a certain amount of speculation even while giving both buyers and sellers of dollars a fair playing field to discover the right price. The move may introduce short-term volatility, but it will build confidence in investors that India is not afraid to let the markets play a larger role in more areas.

Taking the rupee global: The boldest idea Rajan threw on the table was internationalisation of the rupee. He said: "This might be a strange time to talk about rupee internationalisation, but we have to think beyond the next few months. As our trade expands, we will push for more settlement in rupees. This will also mean that we will have to open up our financial markets more for those who receive rupees to invest it back in. We intend to continue the path of steady liberalisation."

Implication: Opening up the market for rupee investment is the only way to make foreigners accept payment for imports in rupees. This will call for opening up more areas for foreign investment, and fewer roadblocks. This marks a shift from the old mindset where we favoured dollar investment over rupee; now foreigners can use the rupee they earn on exports to buy Indian products and assets. Great move. But one should not expect easy acceptance for the rupee. Before foreigners accept rupees in payment, the value of the rupee must seem attractive. That is some time away.

Funding the CAD: While taking the long view, Rajan also talked of raising loan funds to finance the short-term current account deficit (CAD). He said banks which raise dollar deposits (FCNR-B) with over three-year tenures will be allowed to swap the dollars for rupees at concessional rates of just 3.5 percent. This means banks will be able to raise more resources with lower risk of exchange losses.

Banks will also be offered another swap at 1 percent below current market swap rates on dollar borrowings upto 100 percent of their unimpaired tier-1 capital. This is a doubling of the current limit.

Implication: If many banks take up this offer, which is open only till 30 November, foreign exchange inflows will increase in the short-run. The finance ministry will be fully behind this initiative.

Inflation-indexed bonds: "Households have expressed a desire to be protected against CPI inflation. Together with the government, we will issue Inflation Indexed Savings Certificates linked to the CPI New Index to retail investors by end- November 2013," Rajan said.

Implication: Given the need to cut fiscal deficits by raising diesel and other prices, inflation is bound to rise in the short-term. Rajan, by offering bonds linked to the consumer price index, now ruling close to double-digits, is offering households a good hedge. If the certificate is well-structured, some of the lure of gold could reduce. But the primary benefit is the restoration of consumer confidence in the long-term value of his savings.

Debt recovery: Rajan said: "Promoters do not have a divine right to stay in charge regardless of how badly they mismanage an enterprise, nor do they have the right to use the banking system to recapitalise their failed ventures. Most immediately, we need to accelerate the working of Debt Recovery Tribunals and Asset Reconstruction Companies."

Implication: The RBI will support banks in reclaiming their loans, if needed be by changing managements or selling the collateral. This will ensure that Kingfishers are spotted early and their managements sent packing. However, the political class and even crony capitalists will be unhappy. So far they have been using political clout to ensure banks lend them lots of money, and when loans go bad, they get even more favourable terms of repayment. They have been put on notice.

On Thursday, one can expect the markets to open on a happy note, and the rupee should start perking up - at least in the short run.