Vijay Mallya, the owner of beleaguered Kingfisher airlines, in an internal statement issued to his staff , blamed 'paid media' for the carrier's woes. Mallya, in a bid to address the rising dissatisfaction of his employees ,assured them that he is trying to raise funds to pay their long -pending salaries.

"I'm trying my best to revive the airlines, employees must have patience," Mallya told his employees.

Mallya had been pinning his hope on the government, and expects it to change the law that would ease restrictions on foreign ownership of Indian airlines. The change would allow overseas airlines to own up to 49 percent of an Indian carrier for the first time. 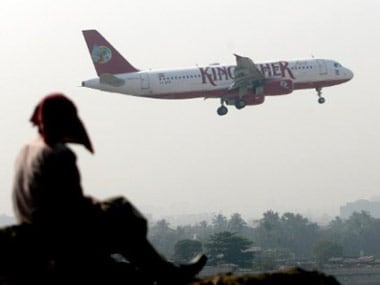 In his internal written communication, he also mentions two foreign airlines which are ready to invest in Kingfisher Airlines as soon as a change in the law is announced. Although the names of the airlines have not been disclosed one of the airlines involved in the talks is International Airlines Group, the owner of British Airways and Iberia, according to an unnamed financial source cited by the Times.

Kingfisher, has not posted profits since it was founded in 2005 and is carrying a debt of at least $1.3 billion. It had now asked for Rs 2,000 to Rs 3,000 crore in loans from banks to carry out its day-to-day operations. SBI is now studying a viability report prepared by its investment banking arm, SBI Capital Markets, and any decision on further lending to Kingfisher will be based on that.

However, in an interview with CNBC TV18, A Krishna Kumar, MD, State Bank of India, said SBI is not considering any fresh loans to KFA. Unless Kingfisher brings in some fresh equity, other banks too are unlikely to pump money into the ailing airline. SBI has an exposure of Rs 1,500 crore and has told the airline to bring in fresh equity before accepting loan restructuring.

A bank consortium of lenders to Kingfisher Airlines will meet this week to take a final call on whether or not to extend a fresh line of funds to the debt-laden carrier. The consortium will also discuss the viability report prepared by SBI Caps.

Meanwhile, the airline is running fewer flights and a majority of his staff have still not been maid their salaries. Moreover, the Income-Tax department has frozen the airline's bank accounts on non-payment of dues. On Saturday, the Central Board of Excise and Customs had also threatened the airline that it will take legal action against Kingfisher if it fails to pay.