L'affaire Ranbaxy: Why is nobody bothered about Indians' safety?

Ranabxy Laboratories just gave the US FDA a stick to beat all generics makers, a lot much loathed by the Big Pharma lobby.

The fear in the US about the cheaper versions of medicines is palpable.

"As the Ranbaxy story makes vividly clear, generic-drug makers intent on breaking the rules-especially those operating abroad-can easily do so," Katherine Eban says in this well-investigated article.

And one can't blame their concerns, because 80 percent of the US healthcare market is dominated by generics. 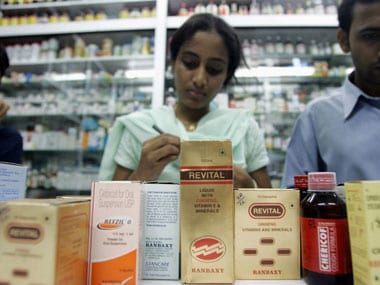 Ranabxy has pleaded guilty of the same wrong doings that it was exonerated of. Reuters

According to an article in Reuters News & Insight, the Ranbaxy episode is not one off and is a proof of the US government's increased focus on drugs safety.

Earlier, in 2010, GlaxoSmithKline had to pay $750 million to settle a criminal and civil suit over manufacturing contaminated drugs in a Puerto Rico plant.

According to the Reuters article, Acting Assistant Attorney General Stuart Delery said in a statement that the Justice Department would "continue to work with our law enforcement partners to ensure that all manufacturers of drugs approved by the FDA for sale in the United States, both domestic and foreign, follow the FDA guidelines that protect all of us."

The statement is clearly aimed at allaying the rising fears about the safety of generics drugs in the US.

So it is not surprising that all the drugs made in India will now face a stricter scrutiny in the US.

"Indian companies have been under tight scrutiny since the Ranbaxy scandal broke out in 2008," Hemant Bakhru, analyst from brokerage firm CLSA, has been quoted as saying in an Economic Times report.

According to him, the increasing inspections and surprise plant visits by officials from USFDA point to this.

DG Shah, secretary general of the Indian Pharmaceutical Association (IPA), a body of Indian drug companies, is concerned that the incident is denting India's image.

"Companies will have to come upfront, admit mistakes if any, and correct them," he told ET.

Indian companies are worried that they may be labelled dirty manufacturers in the US, the report said. (Incidentally, Eban's article is titled Dirty Medicine.)

Going by their reactions, one would feel that these companies are only bothered about the safety of the Americans? What about Indians? Didn't Ranbaxy sell the same medicines in India too?

According to a report in the Business Standard, the health ministry has now ordered the DCGI "to examine all the dossiers and drug applications on the basis of which approvals had been granted to Ranbaxy in the past".

"The regulator will evaluate all documents to see whether there has been any compromise in safety, quality, efficacy, or even in submitting data for seeking approvals," a ministry official has been quoted as saying in the report.

The Drugs Control General of India (DCGI) can even go beyond 2005 period to check the veracity of Ranbaxy's documents. If proven guilty, the company may have to cough up huge penalties, the report said.

This actually is an interesting U-turn by the Indian authorities who had found "nothing particularly alarming" at the controversial Dewas and Paonta Sahib units in 2008.

According to another ET report, the controversy in the US had prompted the Indian health ministry also to investigate the charges, but found no reason to follow in the footsteps of the US FDA.

Three points made by a DCGI report on the controversial units had prompted this decision:

a) Other developed markets, like Australia, also inspected the units and did not take any action.

b) The US authorities did not recall the drugs which were already being sold there.

c) Though Ganciclovir was produced in these plants, it was not banned in the US.

Interestingly, nobody in India probed the charges of falsification of data, the report quoted a health ministry official as saying.

However, after five years of legal battle, now Ranabxy has pleaded guilty of the same wrong doings that it was exonerated of. The company has admitted to selling adulterated drugs from the two plants and submitting false statements to the FDA.

So, what did the Indian authorities probe? How did they find there was "nothing particularly alarming"? Can we even hope that the fresh investigation will find the truth out?

If it is so, why should DCGI be not held responsible for facilitating human rights violations in India?

There is no reason to say it should not be.