Mumbai: Lenders to the now defunct Kingfisher Airlines made a mistake by not accepting Rs 6,600 crore settlement offer by Vjay Mallya, said one of the top former senior executives of the State Bank of India (SBI).

“Vijay Mallya, at one point, had offered banks Rs 6,600 crore but nobody took that (offer). Banks did a major blunder. You call it a mistake,” said Naresh Malhotra.

Malhotra was speaking on ‘State of the Economy Dialogues’, a series of interviews where experts discuss the state of the economy with Firstpost. 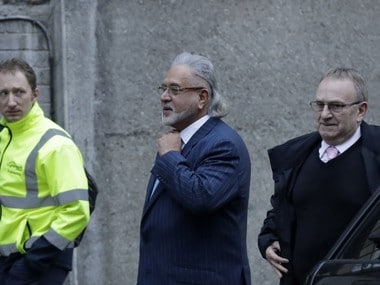 Kingfisher owes more than Rs 9,000 crore to a group of 17 banks. The lenders have intensified their legal battle with Vijay Mallya after the liquor baron left the country in March, 2016 to the UK and hasn’t returned since then.

Last year, Mallya had offered to pay up lenders of Kingfisher around Rs 6,600 crore in tranches, but banks rejected it. The Narendra Modi government has made a case with the UK authorities to send Mallya back to the home country.

“All the while, banks were hopeful that Kingfisher will turnaround,” Malhotra said.

Banks haven’t been able to recover money from Kingfisher in a meaningful manner. The case is pretty much at the point where it all started in 2012 when banks classified Kingfisher loan as a non-performing asset (NPA) and cried foul on Mallya’s financial conduct.

Mallya has so far denied any wrongdoing. There have been several attempts by the bank consortium, the government and the investigative agencies to nail Mallya and get him to repay the loan. In the past on several occasions, the courts have issued warnings against him.

Mallya was arrested twice in the UK in connection with the Kingfisher loan case but was able to secure bail in a matter of few hours.