New Delhi: Retirement fund body EPFO will launch a housing scheme next month for its over four crore members to enable them to make down payment and pay EMIs from their EPF accounts to buy homes. 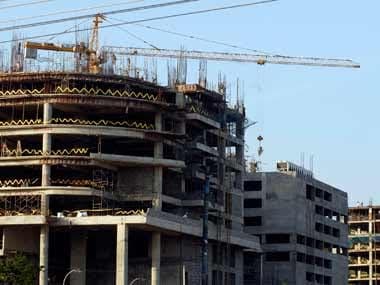 "The Employees' Provident Fund Organisation (EPFO) has firmed up a housing scheme for it subscribers. The scheme is likely to be launched anytime after March, 8 when voting in five poll bound states would be over," a source said.

"Under the scheme, the EPFO will act as a facilitator for its subscribers to buy homes for themselves during their service period," he added.

The subscribers as well as their employers would be required to form a group housing society which would further tie up with banks and builders or sellers of homes so that EPFO members can buy homes, he said.

Under the scheme it is envisaged that there should be 20 members at least in the group housing society to avail the facility.

The source said that the subscribers would be allowed to club the benefits under various schemes of the centre as well states like Pradhan Mantri Awas Yojana under the EPFO initiative for furthering government's aim of housing for all.

The scheme will also help the formal sector workers proving their credit worthiness as the EPFO would provide a certificate indicating the subscribers' paying capacity and ability to repay loans.

The source said that in case of any dispute, the EPFO would not a party to the legal battle and the group housing society would settle their issues either with the banker or builder or seller of the homes.

In case of any dispute, the EPFO will have the right to stop the down payment or monthly instalment of loan on the request of executive head of the group housing society.