Economy to pick up in Q4 due to faster remonetisation: Urjit Patel

Mumbai: Faster remonetisation and return of discretionary consumer demand will push economic activity in the latter part the fiscal, opined RBI Governor Urjit Patel while voting for no cut in interest rate earlier this month.

Patel, during the two-day Monetary Policy Committee meeting on February 7-8, also said that shifting monetary policy stance from accommodative to neutral will provide
sufficient flexibility to move the policy rate in either direction. 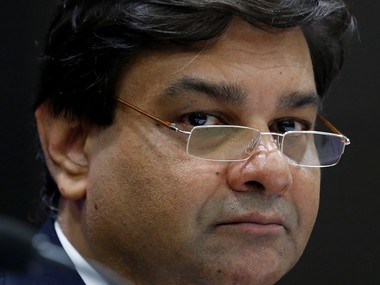 "With the remonetisation of the economy taking place at an accelerated pace over the last two months, economic activity is expected to pick up from the latter part of Q4 of 2016-17.

"Discretionary consumer demand, which got impacted in the immediate aftermath of demonetisation, is expected to bounce back," Patel said as per the Minutes of the meeting of the all powerful MPC released by the Reserve Bank.

All the six members of the Committee had voted in favour of the "resolution to keep the policy repo rate unchanged at 6.25 per cent".

Patel further said that limited data available on the corporate sector performance in the third quarter suggests that sales growth may have improved relative to the previous quarter.

"The Union Budget for 2017-18, while being prudent, has stepped up expenditure on infrastructure and emphasised affordable housing. Global growth is projected to be higher in 2017 than 2016.

"These factors, along with improved monetary transmission, have markedly improved growth prospects for 2017-18 compared to the current year," he said.

Patel, who oversaw demonetisation effected on November 9, further said that by shifting the stance of monetary policy from accommodative to neutral, "there will now be sufficient flexibility" to move the policy rate in either direction, depending on future data outcomes and projections, to help ensure that inflation is brought closer to 4 per cent.

In his opinion, MPC Member and RBI Deputy Governor Viral V Acharya said, "This was a tough policy decision to take".

Advocating "no rate cut for now", he said rapid remonetisation implies likely swift reversal of the aggregate demand loss and the significant transmission to borrowers of easy funding conditions at banks suggests unlikely further transmission of a rate cut by banks.