Booster dose from 7th Pay Commission: Get ready for a consumption-driven growth

The good part about the 23.55 percent wage hike proposed by the seventh pay commission is that it will put more money in the hands of 47 lakh central government employees and 52 lakh pensioners in the fiscal year 2016-17 to spend more.

The increase in the disposable income (even a peon will earn a minimum Rs 18,000 monthly salary while for top babus it can go up to Rs 2.25 lakh per month), will help revive the consumer demand, especially in urban areas.

But, the bad part is that the fiscal burden of Rs 1.02 lakh crore would further hamper the government’s ability to push capital expenditure due to the higher salary outgo. Already, the government spending, though has picked up in recent months, hasn’t been sufficient to provide a major investment boost to a struggling economy. This is crucial since the private sector is yet to come in and begin investments.

Thus, if the government fails to find more resources through higher tax collection and PSU divestments, the capital expenditure can take a further hit. One can’t be so certain about the future of the divestments since the NDA-government hasn’t been very enthusiastic to push the process so far even when stock markets were doing very well last year. 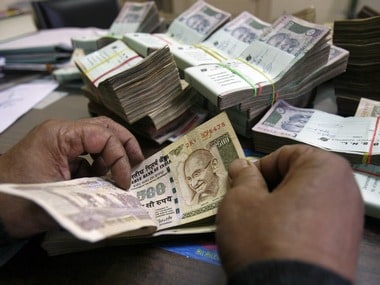 The hit on expenditure will be limited if the Centre relaxes its obsession on fiscal deficit numbers and uses that headroom for productive capex plans.
But, this looks unlikely since finance minister Arun Jaitley has repeated the government’s intent to stick to the 3.9 percent fiscal deficit target in 2015-16 and 3.5 percent for 2016-17. If one assumes this scenario, consumption will have to play key role in revival than investment-led recovery.

If one goes by the pay panel’s recommendations, the overall impact of higher pays is expected to entail an increase of 0.65 percentage points in the ratio of expenditure to Gross Domestic Product (GDP) compared with 0.77 percent in case of sixth pay commission proposals in 2006.

A note issued by Standard Chartered Bank economists prior to the submission of the pay panel report forecasts that consumption will take over the role of driving economic growth, especially given the government's obsession to stick to the 2016-17 fiscal target of 3.5 percent.

“While higher government spending on salaries will benefit consumption, the diversion of resources is likely to slow India’s investment recovery, which has been driven entirely by government capital expenditure,” Saurav Anand and Anubhuti Sahay, economists at the bank said in the 18 November note. Further, urban consumers are likely to benefit the most from pay raises, it notes.

The current slowdown in rural demand, on account of back-to-back deficient monsoons can improve if the monsoons are normal in fiscal year 2017 and with an increase in the non-farm income, which is already evident in the rural income pattern.

While the rural employment guarantee schemes started by the UPA regime has surely led to an increase in wages, the consumption revival there has remained muted mainly on account of weak monsoons and lower spending by the government in rural areas.

One clear indicator of this trend is the slowdown in tractor sales and two-wheeler sales.

Tractor sales contracted by an average of 23 percent in the past four quarters, while two-wheeler sales grew just 1.8 percent on a year-on-year basis on average during the period compared with a growth of 15 percent growth in the previous four quarters, according to the report.

The short point here is that a revival in the rural segments will be still dependent a lot on rain gods, but in urban centres, the consumption-revival can be seen much sharper post the pay commission bonanza.

One shouldn’t miss a slew of other critical mentions made by the Mathur panel in the report. For instance, it has recommended introduction of performance-related pay for all categories of central government employees.

According to the report, this change was suggested by the sixth pay panel too, but did not take off as the system based on results framework document methodology was not set up. But now the systems are in place.

It also seeks to change the bonus mechanism. "We are also of the view that there should not be automatic payment of bonus and all existing schemes of payment of bonuses should be linked to productivity," it said.

Till the time the performance-linked pay scheme is implemented, the existing bonus schemes should be reviewed and linked with increased profitability and productivity under well defined parameters, the panel has proposed.

This recommendation assumes lot of significance since if the pay is linked to performance that can change the very sarkari nature of our sarkari babus and improves productivity of government departments. The Mathur panel also talks about how the civil servants need to be more efficient focusing more on targets and not processes.

The bottom line is this: the pay commission proposals will certainly be a booster dose for economy in the next fiscal, especially for the urban consumption story. If rains too come in favour, it can create conditions for a strong consumption-led revival in rural India too.