The final twist in Bank of Baroda’s comi-tragic efforts to recover a Rs 550-crore loan to Vijay Mallya is yet to come.

Firstpost investigations have already shown how the bank ordered a freeze on five accounts belonging to three of its regular retail customers. Their accounts were put on lien because they were identified as “guarantors” to Mallya’s loan.

The first customer is a farmer in Uttar Pradesh’s Pilibhit district, the second a vegetable vendor in Khar and the third a security guard in Vile Parle (both based in Mumbai). 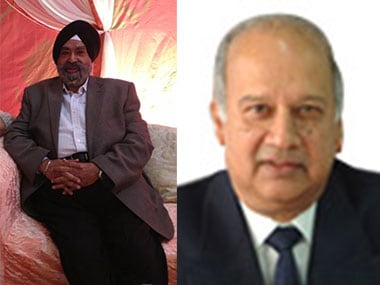 The security guard was operating a Pradhan Mantri Bima Yojna account and had a grand balance of Rs 93 in his account when BoB froze it to make him cough up the loan on which Vijay Mallya had defaulted!

Firstpost reported this travesty in three earlier parts of this continuing series. You can read about them here:

The bank, it later turned out, mistook the three customers for two directors on the board of Kingfisher — Manmohan Singh Kapur and Subhash R Gupte — because of the "similarity" of the names of these two gentlemen with those of the farmer, vegetable vendor and security guard! The bank wanted to proceed against them because they were guarantors to the loan.

It is beyond anybody's comprehension to figure out how a bank can mix up the identity of two guarantors to a Rs 550-crore corporate loan. But let's suspend reason for a bit. Manmohan Singh Kapur and Subhash R Gupte were indeed long-serving members on the board of Kingfisher. They both resigned in early April 2014. So let's take the bank's explanation for the faux pas on face value and assume that Kapur and Gupte were guarantors to the loan.

Immediately two questions crop up: One, how come the bank did not have the contact details of the guarantors and, two, how difficult would it have been to locate two directors of Kingfisher Airlines even if the bank did not have their contact details? After all, both Kapur and Gupte are well-known professionals and are on the boards of a clutch of other listed companies. Kapur retired as CMD of Vijaya Bank and Gupte served as acting chairman and MD of Air India.

The next question to ask is whether Kapur and Gupte were guarantors to the loan. It took just a few calls for Firstpost to get their contact details. And what they told Firstpost turns the entire story spun by BoB on its head.

Both Kapur and Gupte vehemently denied that they stood guarantee for Mallya's loan. Gupte said the loan was given against Mallya's personal guarantee and that of United Breweries.

Listen to this brief conversation between Firstpost and Kapur:

The import of this is that BoB froze five accounts (owned by three retail customers) mistaking them for Kapur and Gupte, the two guarantors of Vijay Mallya's Rs 550 crore. But Kapur and Gupte are not guarantors at all!

Unless the bank knows something Kapur and Gupte don't know about themselves, here's what it looks like: The bank mistook not just three retail customers for two guarantors for a huge corporate loan, but also mistook who the guarantors were!

Simply put, BoB does not even know who the guarantors are for Vijay Mallya's loan of Rs 550 crore.

The "technical error" defence of BoB is clearly not enough. Two critical questions need to be answered by the bank:

1) If Kapur and Gupte were "thought" to be "guarantors" to Mallya's loan by virtue of being directors on Kingfisher Airlines, what about the rest of the board members. At the time of the loan, there were seven directors on the board including Mallya. So what about the other four directors? Has the bank tried to freeze their accounts too?

2) Both Kapur and Gupte have told Firstpost that they do not bank with BoB. Then, what is all this fuss about? If neither of them had an account with BoB, what is the basis of the freeze list (which was supposed to be a list of accounts owned by the two)? What is BoB trying to freeze then?

These are just two of the many questions that raise serious concerns about the systemic abuse of public money. Every retail customer knows the rigours through which they are put for small personal, vehicle, education and home loans. This BoB case inadvertently reveals that all that due diligence is reserved only for the farmer, the security guard and the vegetable vendor. That's what we will deal with in the next part of the series.

With inputs from Sanjay Sawant and Shishir Tripathi

This is the fourth part of a series that aims to look at how huge corporate loans are doled out without due diligence. By highlighting all the horrors committed by Bank of Baroda in freezing the account of a farmer, a security guard and a vegetable vendor, it seeks to zero in on the system abuses by banks in granting corporate loans. This series attempts to give you a peep into why and how NPAs are created and why Finance Minister’s Arun Jaitley's offer — to ring-fence banks from criminal investigation for entering into “commercially prudent” settlements — should be extended extremely prudently.