Mumbai - Domestic carriers are expected to post an operating profit of Rs 81 billion in fiscal 2016, a complete "U-turn" from the Rs 1,500 crore loss posted in fiscal 2014, rating agency Crisil Research said in a report.

Net profit remained a distant destination for Air India, Jet and Spice Jet and can be reached only after massive recapitalisation of Rs 35,000 crore, the report said.

The last few months have seen tailwinds converging for India's airlines such as improvement in demand and therefore passenger load factors (PLFs), a largely stable rupee-dollar exchange rate, and most importantly, a steep fall in crude oil prices. 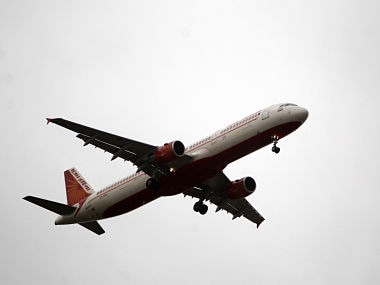 Indian airline companies will have one of the best business environments to operate in for a long time, Crisil said. AP

"We believe Indian airline companies will have one of the best business environments to operate in for a long time. Falling crude oil prices are a big positive.

"We expect about 25 percent lower air turbine fuel prices for fiscal 2016 compared with fiscal 2014. More importantly, the fall is accompanied by an improving demand scenario, unlike fiscal 2010 when the players were unable to benefit significantly due to weak demand," Crisil Research Senior Director, Industry and Customised Research, Prasad Koparkar, said.

Given their current financial position and improvement in PLF, airlines are likely to retain a large proportion of the benefit of lower crude prices. We could also see a 2-4 percent increase in average realisations of airlines due to lower discounts being offered, he added.

"There's more tailwinds. Despite the entry of new players in the domestic market, competition is expected to be moderate," the report said.

"In fact, Spice Jet has reduced its fleet size from 58 to 37 aircraft in the current year - while capacity addition by new entrants such as AirAsia and Vistara is expected to be gradual. We believe PLFs will improve 300-400 basis points over the next couple of years, the report said.

But the flight path to net profit for the industry will be another story, especially for three carriers - Jet Airways, Air India and Spice Jet - which account for about 75 percent of the commercial aircraft fleet in India but over 93 percent of the sector's debt of Rs 70,500 crore as of March 2014.

"We believe that reducing losses will be a function of sorting out their capital structures. Today about 15 percent of their revenues are used to pay interest on debt. Until there is recapitalisation, the sector is unlikely to fly to a net profit at an aggregate level any time soon, though airlines with lower debt burden will turn profitable.

"To do so, interest expenses will have to halve. This, in turn, will mean a recapitalisation of around Rs 35,000 crore -primarily for the three carriers," Crisil Research Director - Industry Research Rahul Prithiani said.