10 reasons why cheap money will not do us any good

There were glum faces all around when Reserve Bank Governor D Subbarao failed to cut interest rates on Monday in his mid-quarter monetary policy review. Industry is pissed off, the markets are unhappy, the economists are divided, and even the finance ministry is not amused.

But is cheap money the answer to problems of slowing growth? If it was, the near-zero interest rates in the US, Japan and Europe should have seen those economies reviving like gangbusters.

In fact, faced with the prospect of a further slowdown, policy-makers everywhere are talking of easing money even further - whether through monetary easing, or some other ruse. Short of paying borrowers to borrow, the developed world has done everything to fix its growth problem and failed. 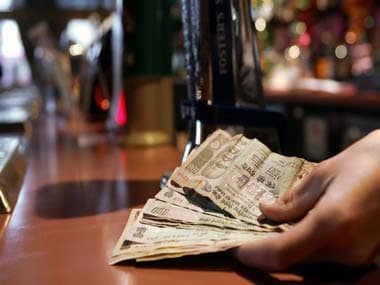 It's time for us to ask if cutting interest rates is really what the doctor ordered, unless, of course, we are going to see a repeat of Lehman this year. AFP

So why are we hankering for lower interest rates in India when consumer inflation has sprinted to 10.36 percent in May, and we haven't even begun raising diesel and cooking gas prices to close the yawning budgetary gap?

It's time for us to ask if cutting interest rates is really what the doctor ordered, unless, of course, we are going to see a repeat of Lehman this year. If we are truly faced with a global meltdown and a 1930s-like scenario, of course the Reserve Bank must cut rates. But not till then.

Here are 10 reasons why current interest rates are not unreasonable.

#1: The key to growth is saving. If savers are short-changed with interest rates that are below inflation, they may save less, making capital scarcer and pushing up rates anyway. While there is no one-to-one correspondence between interest rates and saving, over the long term savers will save less if their money's value is being constantly eroded by inflation. Currently, the top fixed deposit rates in banks is at least one percent below the CPI inflation rate of 10.36 percent.

#2: When the rupee is falling, you need higher rates to attract inflows. This is the only way to compensate savers abroad to invest in India, whether for the short term or long term, since inflation is raging.

#3: Higher rates are what will get your home prices down - at least by a bit. Currently, property prices are so high that there are few buyers. Realtors want rates to come down so that they can sell more. But ask yourself: will you benefit more if rates come down by 1-2 percent, or if property prices are cut by 5-10 percent? If given a choice which option would you choose? Cheaper credit or a cheaper property? Those who call for cheaper loans as against cheaper property are essentially batting for the interests of big builders.

#4: It is a moral hazard to lend cheap money for wasteful expenditure. The main beneficiary of cheaper money will always be the government, which plans to borrow more than Rs 5 lakh crore this year - or probably even more. We all know that most of the money lent to government is wasted - whether it is spent on subsidies or even in giving NREGA jobs, less than half reaches the real beneficiaries. Lending cheap to government is thus a double-jeopardy: you get debased money as inflation erodes the value of your interest earnings and principal; plus half the money goes down the drain - through corruption and bureaucracy.

#5: Hard money forces good policy changes. The easier it is for politicians to borrow from the market, the less they are likely to take hard decisions like raising diesel prices or cut wastage. It is only when money is tight that they make the right policy choices in the long-term interests of the country. We reformed in 1991 only because we had to and the world was unwilling to lend. We will reform again only if Indians do not lend to government - or at least make it pay for it through the nose.

#6: It is a fallacy to believe that high interest rates deter investment. Of course, they do impact investment decisions, but this is how a businessman thinks: can I borrow at 11-12 percent and earn a higher return to make a neat profit? The key element in investment decision-making is return - when returns are poor, businessmen will not invest even if interest rates are low. If returns are high, they will invest even if rates are high. The moral: make it profitable for business to invest, and we will be all right.

#7: Moderately positive rates improve capital efficiencies. Abundance makes for waste. When capital is cheap, business and government have a tendency to waste it. Moreover, the productivity of capital is also lower - since capital becomes a lower element of cost. Higher interest rates help businesses to conserve capital and make its use more efficient.

#8: Cheaper capital creates fewer jobs. Businessmen substitute capital for labour when the real cost of money is too low relative to inflation. This means they will create less employment for every rupee invested. Over the last decade, organised industry has created almost no jobs. Make-work schemes and rigid labour laws have also created a bias against creating more jobs in the manufacturing sector, but cheap capital is a key reason. Who, in his right mind, will create jobs when you can get capital at negative real rates?

#9: The ideal rate of interest is one that neutral between savers and investors (or borrowers). This means the rate must be moderately positive (0.5-2 percent) above the medium-term inflation rate. In our case, inflation has been in the high 7-10 percent range for more than two years. So where is the case for a sharp drop in rates? By keeping rates artificially low, we would be favouring borrowers over savers.

#10: High interest rates give the Reserve Bank leeway in case the bottom falls out of global growth and we are headed for a Great Depression. At 8 percent, the Reserve Bank can cut rates sharply, even though the government has less fiscal headroom to stimulate the economy. The rest of the world - with near zero rates - can only fire blanks.

The real thing that will get the adrenalin flowing in our businessmen's veins is deregulation and reforms. Rate cut is not a short-cut to growth.