With the BJP having been given a clear mandate in the Darjeeling hills, the stakes for it in the region most certainly are now a notch higher, to say the least, considering that the party leads a government serving a second term at the Centre 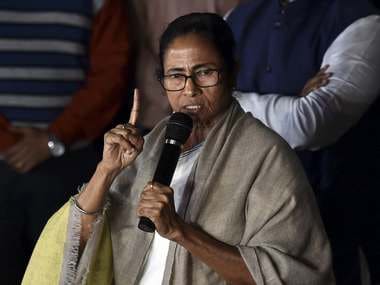 If a silent majority — which had its share of discontent over Mamata's aspirations to chart a new future for Darjeeling — was awaiting a chance to speak, it may have found a voice in the recent Assembly bypoll and Lok Sabha election, in which BJP was rewarded with resounding victories. A sub-plot not to be missed to the electoral saga unfolding in Darjeeling will be the contest between the Banerjee-backed Binay Tamang-led faction in the GJM and its rival BJP- supported Bimal Gurung camp. 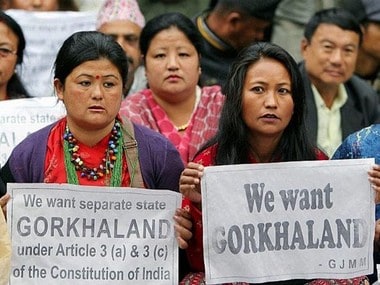 Fear of arrest may have stalled Bimal Gurung's campaign, but Gorkhaland issue is back to reshape poll discourse in Darjeeling 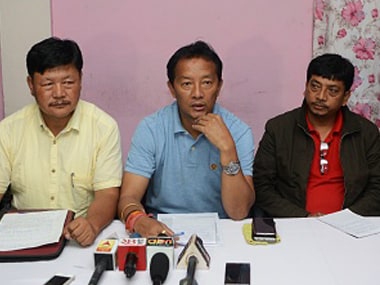 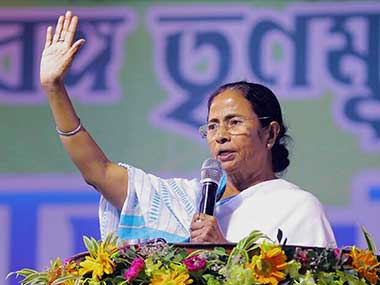 Having thundered at a "United India" rally she had organised of 23 Opposition parties in Kolkata, chief minister Mamata Banerjee has pulled out all stops to ensure that the Bharatiya Janata Party (BJP) is defeated in the Darjeeling Lok Sabha, which with its own distinctive political dynamics, has become a fight for prestige for her.

Whether or not Binay Tamang's proximity with Mamata Banerjee could coalesce into an electoral alliance of the GJM and her Trinamool Congress in the coming parliamentary polls is the question doing the rounds in local political circles. Ahead of 2019 Lok Sabha polls, uneasy calm over West Bengal hill districts as Mamata Banerjee, BJP up the ante

Calm has certainly returned to the hills but underlying it all swirl questions of the political future of the region as it negotiates the roadblocks ahead. 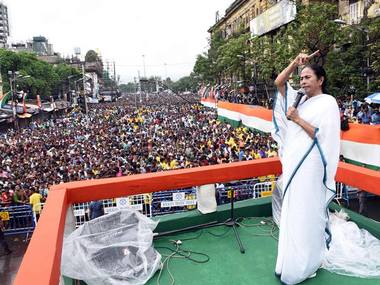 The West Bengal government needs to walk the extra distance towards assuaging any anxieties that its move to rename the state as ‘Bangla’ might have caused. The local police organised 'Darjeeling Rising Stars' as part of a venture to rebuild people's confidence in the force after the Gorkhaland protests last year. Making a strong pitch In Darjeeling for peace in the Hills, West Bengal chief minister Mamata Banerjee urged the Centre on Tuesday “not to assist anyone” bent on sundering the region “into tiny bits” for minor electoral gain.

In what could reopen old wounds over the political situation in the districts of Darjeeling and Kalimpong, West Bengal chief minister Mamata Banerjee on Wednesday accused Sikkim of trying to foment trouble in the region.

Obliquely rejecting, yet again, the demand for a separate 'Gorkhaland', West Bengal chief minister Mamata Banerjee hinted on Tuesday of the possibility of a new administrative arrangement for the districts of Darjeeling and Kalimpong.

The West Bengal government's response to an olive branch extended by GJM leader Bimal Gurung has been somewhat laconic and dismissive. Mamata Banerjee chose not to visit the hills of Darjeeling, Kalimpong for the second time after skipping a tourism festival within the past fortnight. Mamata Banerjee skips tourism festival in Darjeeling; is 'normalcy' in the hills a mere eyewash?

While the proposed industry meet has been deferred to February 2018 the question driving political discourse in the hills now is what might have prompted West Bengal Chief Minister Mamata Banerjee’s decision not to turn up for the start of the tourism festival. The wintry air is crisp in the Hills of West Bengal’s Darjeeling and Kalimpong districts but the haze of uncertainty is yet to clear from the political landscape. And it is in such surroundings that the local ruling dispensation, prodded on by the West Bengal government that has set it up, is taking recourse to staging a tourism festival as well as a first-time business meet there, both of which will not only be showcasing the region’s potentials as a destination for holiday-makers and investors alike but also, perhaps more critically, its claims of success in restoring normality after months of political turmoil sparked by a 104-day-long lock down to press for a separate “Gorkhaland” state.