For children, older residents and people coping with chronic diseases, air conditioning is the answer.

Heat radiates from the asphalt and concrete that cover the streets, the sidewalks, the alleys, even the tiny yards behind the homes in the East Baltimore neighbourhood of McElderry Park. Trees are scarce. And air doesn’t move much when it comes up against block after block of rowhouses.

So as a dangerous 11-day heatwave tormented the city in July, the hottest month ever recorded on the planet, fewer and fewer residents were going outside.

“Can’t even put your head out the door," said Tammy Jackson, 48, on a day when the temperature outside hit 100 degrees Fahrenheit and 92 degrees in her home. “This is too much. Oh Lord, this is too much.”

But it is going to get worse. The McElderry Park neighborhood, of Baltimor which like many streets in East Baltimore, the block offers no shade and almost no cooling breeze for residents. Image credit: AP

In McElderry Park and around the world, in communities rich and poor, downtown and in the suburbs, weather disasters loom. And experts are using language ever more dire.

Average annual temperatures in Baltimore have gone up more than three degrees over the last century, nearly twice as much as the rest of the country.

More and more people, including Del. Robbyn Lewis, who represents parts of East Baltimore, are replacing the words “climate change” with stronger language. “We are,” she said, “in an emergency.”

Cities, crowded and paved-over, already feel the impact, with poorer air quality and streets, highways and bridges damaged by storms. But certain neighbourhoods will continue to feel the effects of extreme temperatures more than others.

Researchers at Portland State University in Oregon and the Science Museum of Virginia have mapped these areas, called urban heat islands, and data shows that temperatures here and in surrounding neighbourhoods can run eight degrees hotter than in communities that have more trees and less pavement. McElderry Park, which despite its lyrical name offers little green space, is one of these.

Households in the city’s hottest areas have lower-incomes, which means the residents don’t have the resources to move out.

This is true across the country. In a majority of the country’s most populous cities, people with lower incomes typically lived in the hottest areas, an investigation by journalists from NPR and the University of Maryland found. 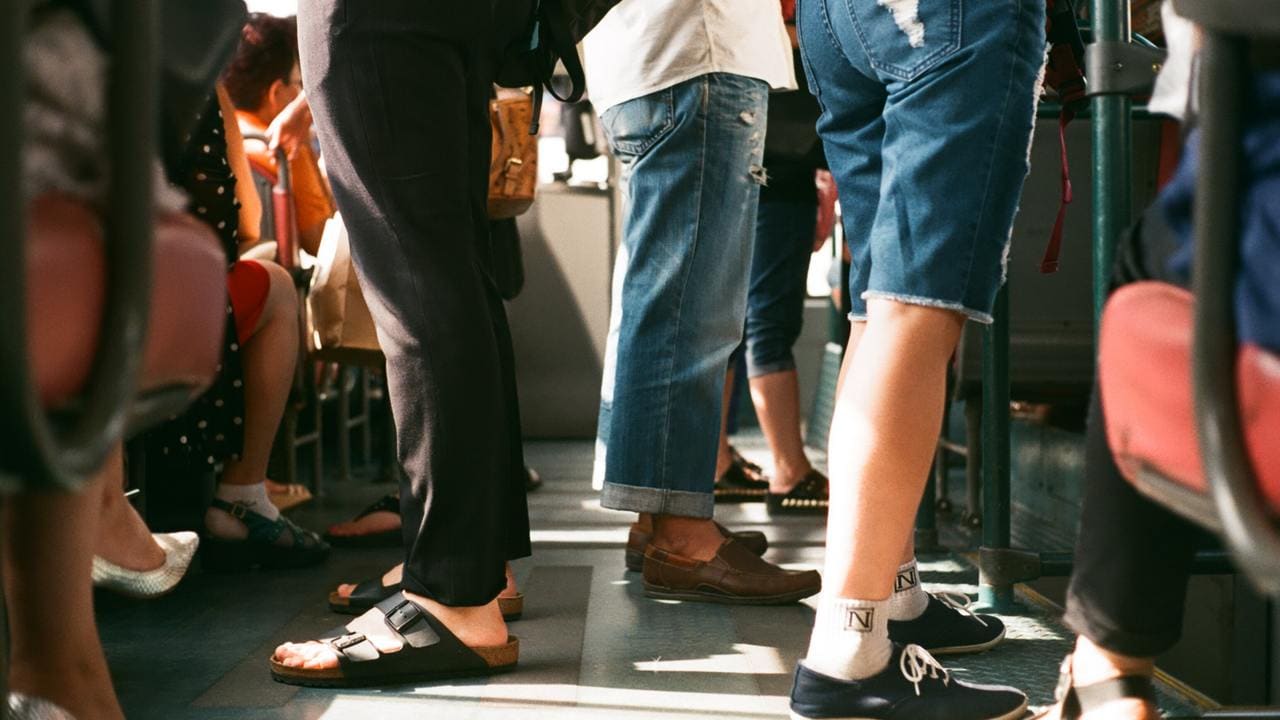 The poorer people use buses more and do not contribute to climate change but they face the consequences of it.

Sacoby Wilson, a professor at the University of Maryland School of Public Health, says people in low-income neighbourhoods walk more, ride more buses and drive fewer cars, so they contribute less to climate change. And yet they are more vulnerable to dying in extreme heat. “Environmental justice and climate change,” Wilson said, “are inextricably linked.”

Rowhouses, Baltimore’s signature architecture, trap heat and stay hot even when the heat eases on summer nights. Crime rates are higher, so many people won’t put an air-conditioning unit in a first-floor window for fear of break-ins.

The problems are not new. Many stem from historical segregationist zoning and lending policies that for decades limited where black citizens could live.

During an 11-day July heatwave, Baltimore’s health department put out press releases advising citizens to drink water, cut back on outdoor activities and find relief in designated air-conditioned cooling centres. Inside the rowhouses, even those with an air-conditioning window unit, the heat simmered.

Reporters from the University of Maryland’s Howard Center for Investigative Journalism and Capital News Service placed sensors that record heat and humidity inside several homes in McElderry Park and nearby neighbourhoods. Those sensors recorded temperatures that reached as high as 97 degrees and heat index values of 119 degrees. In some homes, those readings showed that it was hotter inside than outside.

At 7.00 pm. Friday, the heat index in Baltimore hit 103 degrees. Inside the bedroom, Stephanie Pingley’s niece shares with one of Pingley’s three sons, it was 13 degrees hotter, with a heat index of 116 degrees. All of her boys have asthma.

By Saturday, the heat index inside the second-floor apartment of Michael Thomas and Alberta Wilkerson hit 112 degrees. A fan pushed hot air around. Thomas, 61, has emphysema. Wilkerson, 49, has had a heart attack.

“Just living through it,” Thomas said. 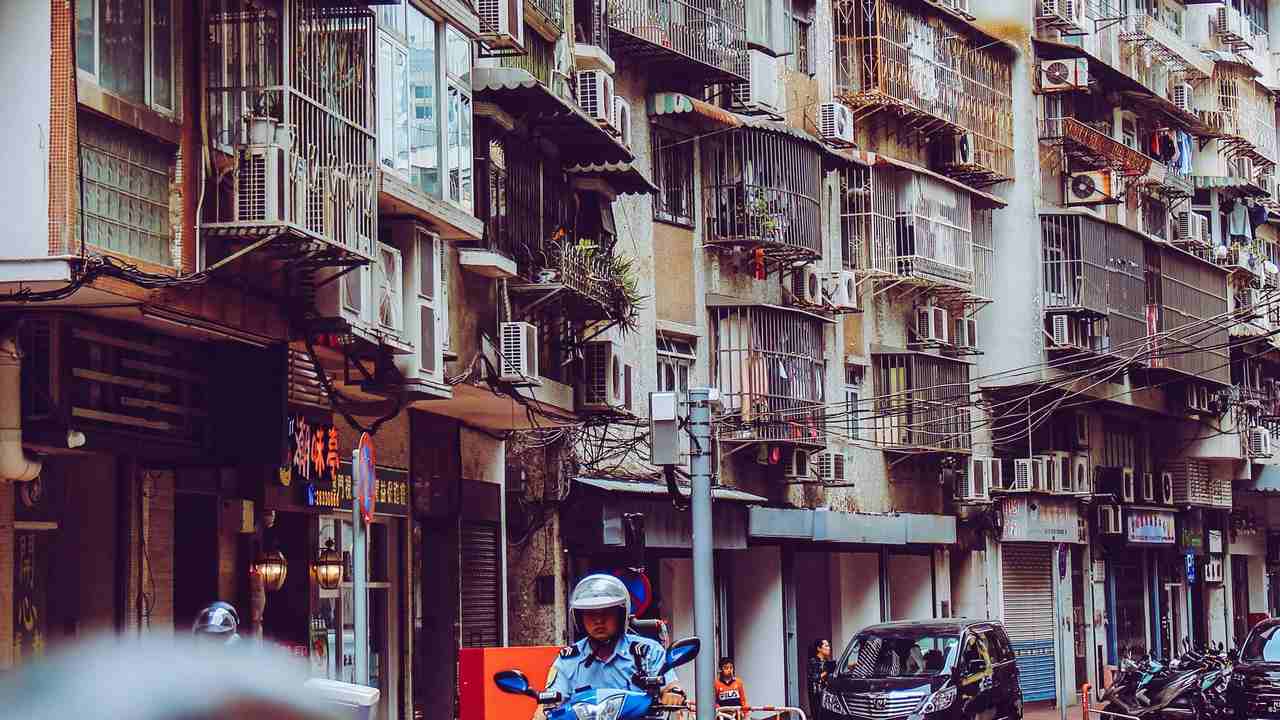 AC units that a lot of the urban poor cannot afford to beat the heat.

On Sunday, Solomon Simmons, who is retired from a job at the Johns Hopkins Bayview Medical Center, went to Hope Community Church, where he is a deacon. “We had trouble getting the church cool,” he said.

Simmons, 71, will not put an air-conditioning unit in a first-floor window facing the street “because of security.” But especially for children, older residents and people coping with chronic diseases, air conditioning is the answer.

Tammy Jackson, who has asthma, said she had to stop cooking dinner one July evening when the heat made it hard for her to breathe. The next day, she told her husband, “Baby, I can’t cook until I get AC.”

Twenty people have died of heat-related illnesses in Maryland so far this year, three of them in Baltimore, according to data through 28 August.

Historically, the Baltimore area has averaged about six days a year when the heat index exceeded 100 degrees, according to new research from the Union of Concerned Scientists and the University of Idaho.

If no action is taken to reduce carbon emissions, by mid-century that figure will rise to more than 37 days annually, according to the researchers.

As temperatures in Baltimore reached 100 on July 20, most everyone around the city was staying inside. “This is the quietest the block ever been,” Tammy Jackson said. “I can’t believe it.”

But city life continued despite the heat. A team of paramedics was called to an East Baltimore block when a resident found a man she didn’t know passed out on her front steps.

The paramedics revived the man, who apparently had overdosed, with a dose of Narcan. He stood up and wandered off, rejecting advice he go to the hospital.