The problem of the earth's plastic pollution is too large and complex to simply throw worms at.

It takes 450-1000 years for plastic to break down and even then it never truly goes away. They form tiny microplastics that mix into the soil, food, water and are then consumed by us. A recent study by WWF International said that human beings are consuming a credit card worth of plastic in a week.

Microplastics are small plastic pieces that are less than five millimeters long and can be harmful to marine and terrestrial life.

Humanity is producing plastic at an exponential rate and there is no solution to dispose of it. Even recycling said plastic can only be done a certain number of times.

What does one do in the face of such stark reality? 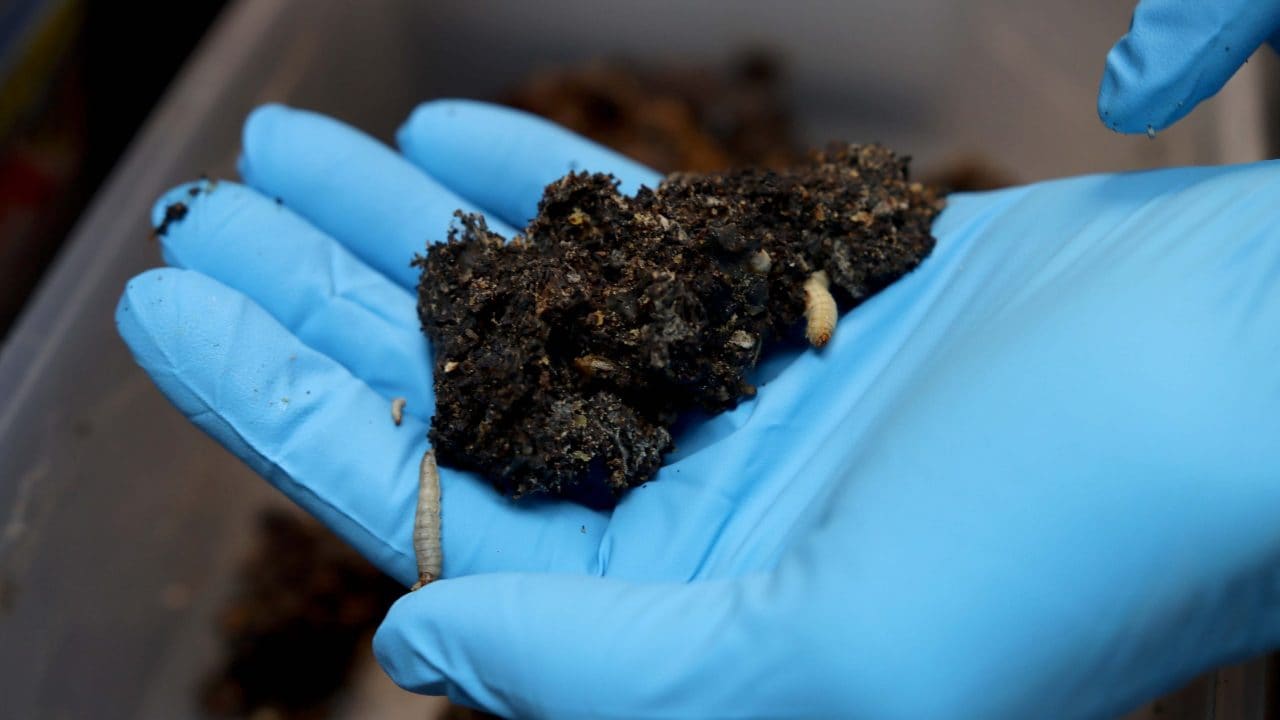 In nature, waxworms live in beehives, where they eat the wax. Image credit: Brandon University

The answers might be in the natural world we see; in the creepy crawlies that live underground.

A team of researchers has found that waxworms, the caterpillar larvae of the greater wax moth can survive and even thrive while consuming polyethylene. This is a type of plastic that is used to make shopping bags, containers for shampoos, trays, caps of bottles, etc.

The team from Brandon University found and then isolated a species of intestinal bacteria that are inside these worms. They are the ones that are able to survive and in fact thrive, on plastic for more than a year as its only source of nutrients. They have named these worms “plastivores.”

“Plastic-eating bacteria are known, but in isolation, they degrade plastics at a very slow rate,” Dr Christophe LeMoine, from the department of Biology said in a statement. “Likewise, when we treated the caterpillars with antibiotics to reduce their gut bacteria, they were not able to degrade the plastic as easily. So it seems that there is a synergy between the bacteria and their waxworm hosts that accelerates plastic degradation.”

Plastivores creat Glycol which is a form of alcohol as a byproduct of their plastic degradation. The team of researchers is now working on identifying the nature of alcohol.

“Worms that eat our plastic waste and turn it into alcohol sounds too good to be true. And in a way it is,” said Dr. Cassone. “The problem of plastic pollution is too large to simply throw worms at. But if we can better understand how the bacteria works together with the worm and what kind of conditions cause it to flourish, perhaps this information can be used to design better tools to eliminate plastics and microplastics from our environment.”

The findings from this study have been published in the Proceedings of the Royal Society B journal.

Yitzhak Arad, Holocaust survivor and scholar at the helm of Yad Vashem memorial, passes away at 94