The World Health Organisation (WHO) was tasked with the duty of investigating the origins of the SARS-CoV-2 virus, and also figuring out how it made its way to the human population. And it did complete the task. It is all detailed in a report, which was worked on by 34 scientists from China and around the world, and was recently released. While researchers, doctors, scientists, health experts and even governments expected a clear-cut answer, they've all been left sorely disappointed. 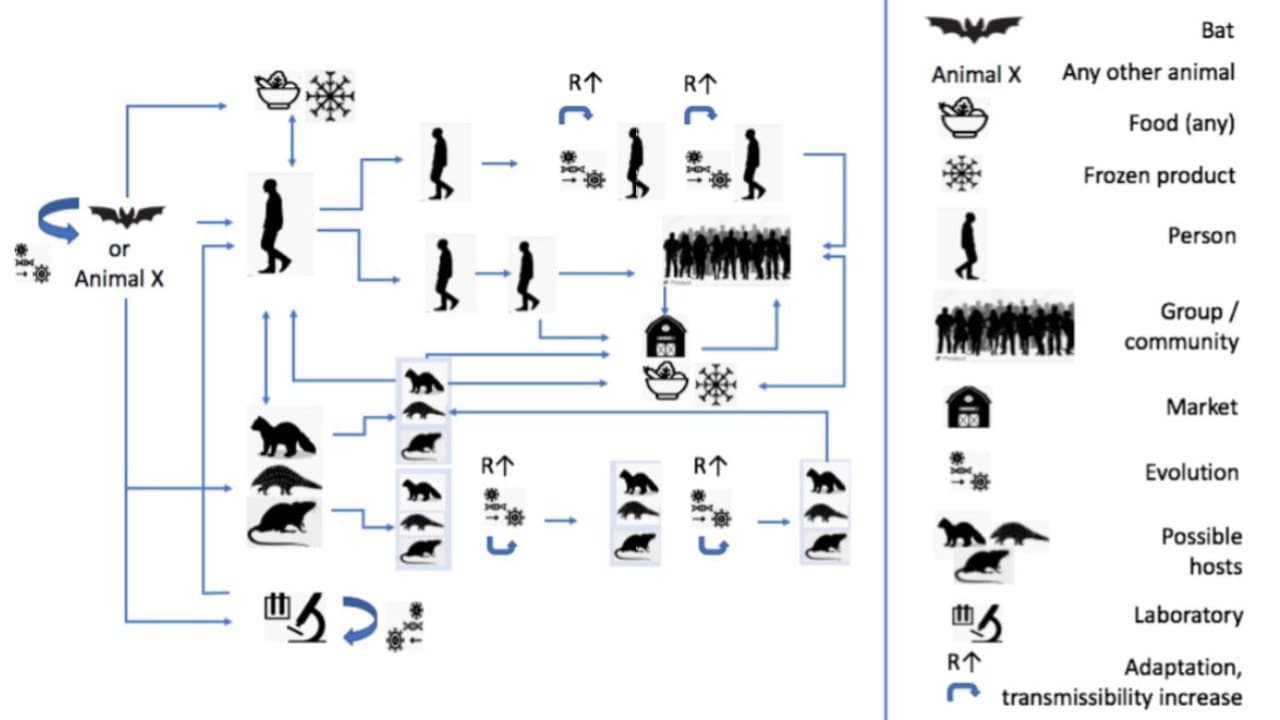 This illustration explains the possible pathways for the emergence and spread of SARS-CoV-2. Image credit: WHO-China joint report

The report does not give us a clear answer. It does, however, give us four theories of what the WHO and its team think may have happened. The team have ranked the likelihood of each of these scenarios from very likely to extremely unlikely:

Detailed below is the breakdown of these four theories:

Transmission to human via intermediary host

The most likely scenario in the spread of the novel coronavirus, according to the WHO report, is that an infected animal transmitted the virus to another animal, which then passed it on to a human being. The infected human being, unbeknownst to them, spread the virus to others they came in contact with, which led to a pandemic.

While the virus has been found in animals such as bats and pangolins, there is a missing evolutionary link. This, the WHO team believes, is because there might be an intermediary animal that the virus passed through before it came in contact with a human being. The SARS-CoV-2 virus has shown that it is highly adaptable, and can infect other animals (such as minks, tigers, cats, dogs and more) as well.

The second most likely theory that caused the spread of the SARS-CoV-2 virus is via animal spillover to humans. According to this theory, the SARS-CoV-2 virus was transmitted from an animal to a human being directly (i.e. without any animal acting as an intermediary). The virus then continued spreading due to person-to-person contact and super-spreading events.

The main reason this theory is ranked so high is that a virus very similar to the SARS-CoV-2 virus was found in bats, pangolins and even minks. A more detailed analysis found "several decades of evolutionary space between the viruses." The reason that may work against this theory is that the chance of contact between a human and one of the aforementioned animals is quite slim. Humans beings are more likely to come in close contact with farm or domestic animals. Pangolins are believed to be the world's most trafficked mammal, accounting for as much as 20 percent of all illegal wildlife trade.

This theory proposed by WHO and some other health experts is deemed possible. The theory suggests that frozen food products could've acted as a medium in the transmission of the virus from an infected animal to a group of people.

The virus could've spread via the actual food products or the packaging. There has been some evidence of the virus present on frozen foods that were imported into China, but it is limited.

The report states, "There is no conclusive evidence for foodborne transmission of SARS-CoV-2 and the probability of a cold-chain contamination with the virus from a reservoir is very low."

Also read: COVID-19 origins still obscure, what are the next steps for WHO's experts?

The last and least likely theory is that the virus came from a laboratory in China or that it was biologically engineered. The theory suggests that a staff member from the lab was accidentally infected and the virus then spread. The report did mention that it does not believe this virus was deliberately released, as scientists have analysed the genome.

The staff at the Wuhan Institute of Virology, the lab that is at the centre of this accusation, checked its records to see if it had any virus similar to this coronavirus. They found nothing.

"Nobody has been able to pick up any firm arguments or proof or evidence that any of these labs would have been involved in a lab leak accident," said Peter Ben Embarek, the lead researcher for the international mission to Wuhan.

Another reason against this theory is the labs involved in studying bat coronaviruses were "well-managed, with a staff health monitoring programme, and no one reported COVID-19 symptoms. There was also "no serological evidence of infection in workers through SARS-CoV-2-specific serology-screening."

The WHO chief said in his closing statement that while he accepts the report that has given us more information on that pandemic, he believes further studies are needed.

Finding the origin of a virus takes time and we owe it to the world to find the #COVID19 virus source so we can collectively take steps to reduce the risk of this happening again. No single research trip can provide all the answers.

He also specified the theory that the virus leaked from a laboratory in China needs to be further looked into. This theory was first touted by former US President Donald Trump and his coterie.

"Although the team has concluded that a laboratory leak is the least likely hypothesis, this requires further investigation, potentially with additional missions involving specialist experts, which I am ready to deploy," Ghebreyesus said.

"I do not believe that this assessment was extensive enough," he added.

In our discussions, international experts expressed the difficulties they encountered in accessing raw data. I expect future collaborative studies to include more timely and comprehensive data sharing. #COVID19

Agreeing with the WHO chief,  Ben Embarek said the report had "only scratched the surface" in its quest to find the origins of the pandemic.

The WHO has been accused of being buddy-buddy with China, praising it for doing the bare minimum and not holding it adequately responsible for its hand in the spread of this pandemic. This sentiment has been echoed by many countries, especially the US, and was one of the main reasons Trump walked out of the UN health agency. He had also stopped funding the WHO.

So it came as a surprise when Ghebreyesus called the Asian country out, albeit indirectly. He spoke of the difficulties the team faced while trying to access data in the country. He also said that this report would've benefited from having "full access to data, including biological samples from at least September 2019."

Since there are calls for new investigations and further studies, he also asked that everyone (hint: China) collaborate more openly for future investigations.

"In my discussions with the team, they expressed the difficulties they encountered in accessing raw data," he said. "I expect future collaborative studies to include more timely and comprehensive data sharing." 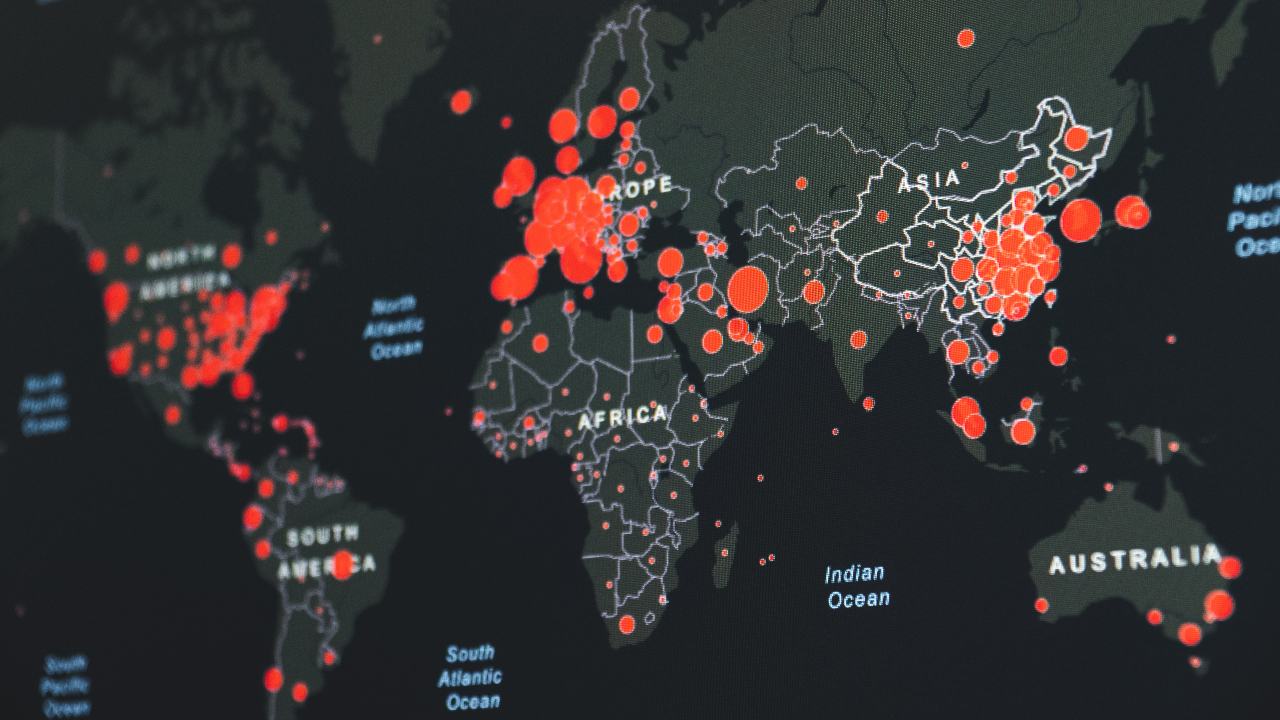 The WHO has been accused of being buddy-buddy with China, praising it for doing the bare minimum and not holding it adequately responsible for its hand in the spread of this pandemic.

UK, US, Japan and the world

In a joint statement signed and released by the US, Australia, Canada, Czechia, Denmark, Estonia, Israel, Japan, Latvia, Lithuania, Norway, the Republic of Korea, Slovenia, and the UK have expressed concern with regard to the report. They believe the report was "delayed and lacked access to complete, original data and samples." The countries believe the conditions under which the report was written might not be "independent and objective".

He said, “We are concerned that the latest investigation faced delays and the lack of access to virus samples."

But long before the report could be made public, China anticipated the harsh criticism it might receive and tried to get in front of it. Liang Wannian, lead researcher of the Chinese team that worked with the WHO team spoke to Chinese daily Global Times.

He tried to put to rest any rumours that might come out about non-cooperation from the Chinese team. He said, "both sides trusted each other, cooperated closely, and communicated openly and fully."

"Tracing the origins has never been a simple task and requires long-term joint efforts by scientists. It is hard to expect 30 or so scientists on both sides to give clear answers to all the questions in a month's time," he added.

Wannian also spoke about the "politicisation of the investigation efforts", calling it a "huge disrespect to the work of our scientists."

After the release of the report, an AFP report stated that Chinese foreign ministry spokeswoman Hua Chunying has called the "practice of politicising the search for the origins of the virus extremely unethical."

Also read: Bats or pangolins may have been source of virus in Wuhan