MOXIE is built to produce oxygen from carbon dioxide in the Martian atmosphere just like a tree does here on Earth.

When the Perseverance rover started on its journey to Mars, it carried with it a number of important instruments to study the soil composition and environmental conditions on the Red Planet, as well as understand its geological features below the surface.

One of these instruments, the Mars Oxygen In-Situ Resource Utilization Experiment (MOXIE), will be able to produce oxygen from carbon dioxide in the Martian atmosphere just like a tree does here on Earth. If MOXIE is able to generate oxygen successfully, it will be a boon for future manned missions as a resource to help build a biosphere that can support life.

The 17.1-kilogram device will be able to churn out up to 10 grams of oxygen every hour, according to NASA. Speaking of the objectives of the MOXIE experiment, the Principal Investigator of the device Michael Hecht said that liquid oxygen propellant is something that could be made by human colonies on Mars given the right technology. 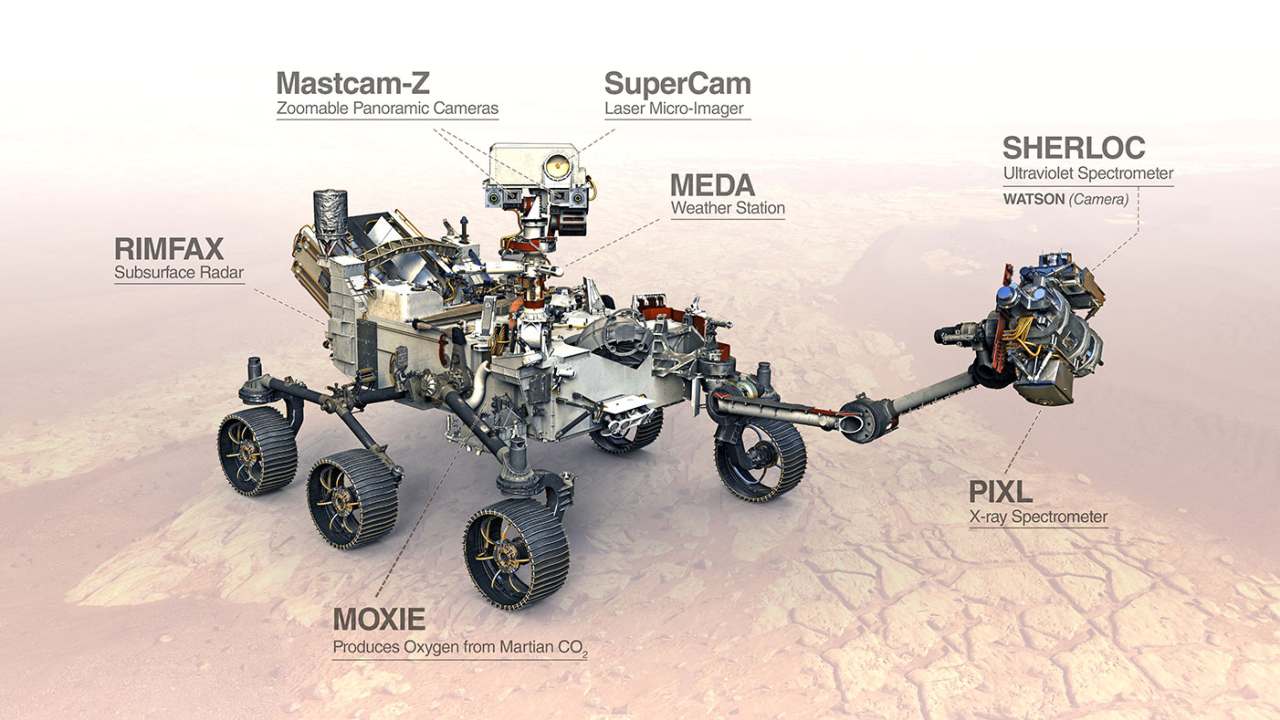 The instruments on the Perseverance rover. Image credit: NASA

When people are sent to Mars, their safe return is a priority, which means that a fuelled rocket is needed to lift them off the planet. Oxygen happens to be essential ingredient, a propellant, to power rockets on top of its fundamental role in sustaining human life.

"One idea would be to bring an empty oxygen tank and fill it up on Mars," he said. However, the tiny level of oxygen generation is not a point of worry as it is a test model. Future oxygen generators, which will be supporting human missions on Mars, will be about 100 times larger according to NASA.

The device works like a tree, in terms of taking in CO2 from the Martian atmosphere and generating O2. According to a report published in Science Alert, it will be electrochemically splitting carbon dioxide molecules to generate oxygen and carbon monoxide. MOXIE will be aiming at producing 99.6 per cent pure O2.

Once generated, the device will be releasing both the oxygen and carbon monoxide molecules back into the atmosphere. This is also a test feature as future models are going to store the generated oxygen.