Supercapacitors to charge Galaxy Note 9's S Pen: What is it and how does it work?

Sticking the S Pen into the Note 9 phone for 40s will power it for 30 mins. But how does this work?

After weeks of leaks and rumours in the tech industry, Samsung finally launched its flagship Galaxy Note 9 smartphone on 9 August in New York. As the phone — which did not surprise many in terms of design — finally makes its way to India this Wednesday, there is one feature that starkly stands out: For the first time, the phone's bluetooth-enabled S Pen stylus will be charged using a supercapacitor.

The Korean tech giant says that sticking the S Pen into the Galaxy Note 9 for a mere 40 seconds will power it for 30 minutes of use, thanks to the supercapacitor which will be used to charge it instead of a battery. Given the myriad functions — from play/pausing YouTube videos to clicking pictures — it can do for you, that is a neat battery life for a stylus. But what is this supercapacitor and how have we never heard of this? If I may take the liberty to briefly revisit high school physics, a capacitor is any device that stores energy by means of a static charge, as opposed to an electrochemical reaction that goes on inside a battery. And that is the essential difference between a battery and a capacitor — the former needs a chemical reaction to operate. In the case of capacitors, which have a positive metal plate and a negative one, a voltage differential between the plates charges the device. This is much like the building of electrical charge when someone walks on a carpet; touching an object releases this energy through the finger.

Now supercapacitors, which are also called ultracapacitors or double-layer capacitors, differ from a normal capacitors because of their very high capacitance, which means they can accumulate electrical charge on the surface on a much bigger scale.

But while batteries take a long time to charge and can store vast amounts of energy, supercapacitors literally charge in seconds but can hold a small amount of energy. Hence given the present technology, the two are mostly used for separate purposes.

Leaving the charging cycle aside, however, the supercapacitor does carry many advantages strictly as a device to store energy, as we see below.

Because it doesn't require a chemical reaction, the life cycle of a supercapacitor is "very, very high", explains Professor Nirmalya Ballav from the Indian Institute of Science Education and Research (IISER), Pune. "The supercapacitor that charges the stylus will last longer than the phone itself." Under regular conditions, a supercapacitor fades from its original 100 percent capacity to 80 percent in about a decade.

The tale of the supercapacitor's superiority only begins here.

A supercapacitor can also be charged and discharged virtually indefinitely. Unlike a battery, which has a defined cycle life, there is almost no wear and tear by cycling a supercapacitor.

But very importantly, the supercapacitor is forgiving in extreme temperatures — an advantage that batteries cannot come close to meeting. In very hot or cold climates, the chemical reactions necessary for a battery to operate will not be achieved as the materials inside will either melt or freeze. A 40-second charge of the S Pen allows up to 30 minutes of usage on the Samsung Galaxy Note 9. Image courtesy: Samsung

"Supercaps (as Ballav calls supercapacitors in short) are also absolutely safe. No possibility of blasts, explosions or toxic elements in the supercap — it is safe, environmentally friendly, health friendly and provides clean energy. This is very unlike batteries, most of which use toxic lead and whose disposal becomes a towering problem," Ballav said.

He added that supercapacitors are Carbon-based, an element that is cheaply and abundantly available in multiple countries. With adequate technological progress, innovations in supercapacitors should come to be more common.

Why don't we see more supercapacitors around then?

The cost of manufacturing a supercapacitor and a battery are vastly different, he explained. "A battery is much cheaper than a supercapacitor because of the high overall fabrication cost of the latter. And that will take some time to change. Maybe 10 years down the line, the production costs will come down and we will see most supercaps all around."

Another reason for the high cost is the lack of investment in fundamental research for supercapacitors, as opposed to battery research. Until a few years ago, almost all related projects investigated ways to improve our batteries alone.

"How long can we depend on Lithium-ion and Sodium-ion batteries? The technology of the battery is already over a 100-years old and has to be replaced, and one of the top candidates for that is the supercapacitor."

The primary aim for those academically associated with supercapacitors is to now expand the energy storage of these devices, and for that, scientists have been trying different materials to make supercapacitors. One such effort is being led by Ballav himself — his team in IISER Pune developed a graphene-based supercapacitor to replace car batteries, and recorded their findings in a paper titled 'High level supercapacitive performance of chemically reduced graphene oxide'.

Ballav said he has now received some interest from the industry to turn his innovation into commercially available products. "Supercapacitor technologies also have a long way to go in terms of development. If you have some kind of a patent, then the industry has to invest money into it for it to see the light of day. In the Indian scenario, that is extremely difficult, because for some reason we like to borrow things from abroad. I personally will try to break this trend with the grapheme-based supercap," he said.

Into the future with supercapacitors

The biggest interest from the industry in this field is related to electric vehicles, like the ones Ballav is helping make. Speaking about the future of electric vehicles, even Elon Musk once said, "If I were to make a prediction, I’d think there’s a good chance that it is not batteries, but supercapacitors.” 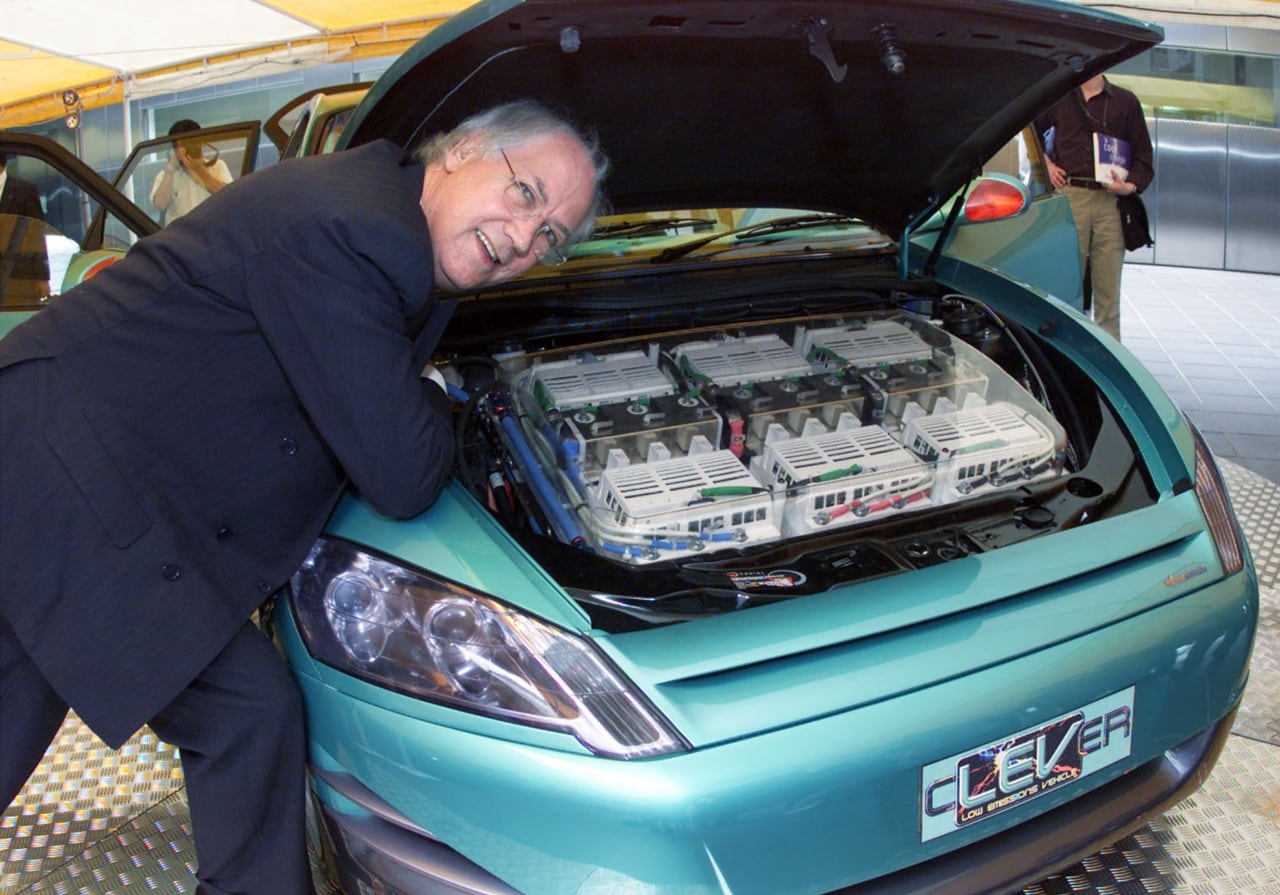 David Lamb, chairman of Axcess Australia Projects Ltd, shows off a newly developed hybrid electric vehicle in Tokyo. The energy produced by the car's generator drives a 300-volt electric motor at the front of the car, and is stored in a 60-volt battery pack or a 130-volt supercapacitor pack.

Beyond personal travel, the supercapacitor, armed with its unique characyeristics, may find use in other fields as well. The military, which often operates in sub-zero climates, depends on batteries fitted onto defence machinery which often fail because of its chemistry. Supercapacitor-powered machinery is far less likely to fail given its disregard for operating temperatures.

Submarines, too, operate deep under water where the temperature is low and the pressure very high — recipe for a battery disaster as some would point out. A possible fix in the future: supercapacitor.

High up in the deep sky, rockets require high power, which batteries struggle to provide. "Such quick, high power for rockets can only be supplied by supercaps," Ballav says.

But most immediately, we will perhaps see supercapacitors in operation in public transport systems. Capa buses in Shanghai have been using supercapacitors for years now. "Buses with supercapacitors of Sunwin brought in their 2010 version an autonomy from 3 to 6 kilometres. Supercapacitors are then charged on each bus stop with a pantograph (like a tram). Thirty seconds are enough to charge the bus to 50 percent and it takes 80 seconds to charge to 100 percent," its website says.

With the Galaxy Note 9 paving the way for supercapacitors in gadgets, one can only hope we'll see much more of them before long.