Shrinking Moon: Sporadic quakes from tectonic activity has left wrinkles on the Moon

The delicately-shrivelled exterior seen by NASA’s Orbiter suggests gradually cooling of the interior.

Our Moon is slowly shrinking, creating wrinkles on the surface and causing moonquakes, which were spotted by the NASA Lunar Reconnaissance Orbiter.

The Earth has tectonic plates — massive fragments of the outer layer of the planet that glide over the middle layer (mantle) and rub against each other occasionally. This friction releases vibrations felt on the surface as Earthquakes. A view of the far side of the moon captured by the Beresheet lander during its lunar orbital insertion on 4 April 2019. Image: SpaceIL

On Mars, scientists suspected that quakes were triggered by the Martian core slowly cooling over millions of years, triggering sporadic quakes as the lost energy swept through the interior of the planet. NASA's InSight mission picked up on its first Marsquake in April, and is using vibrations from Marsquakes to study what the planet is made of, and the planet's interior.

New research from seismometers that were placed on the moon between 1969 and 1977 tells a different story. This seismic data was re-analyzed with images from NASA's lunar orbiter. The measurements suggest that the Moon, like Earth, could be tectonically-active and not inert like scientists have thought it to be. 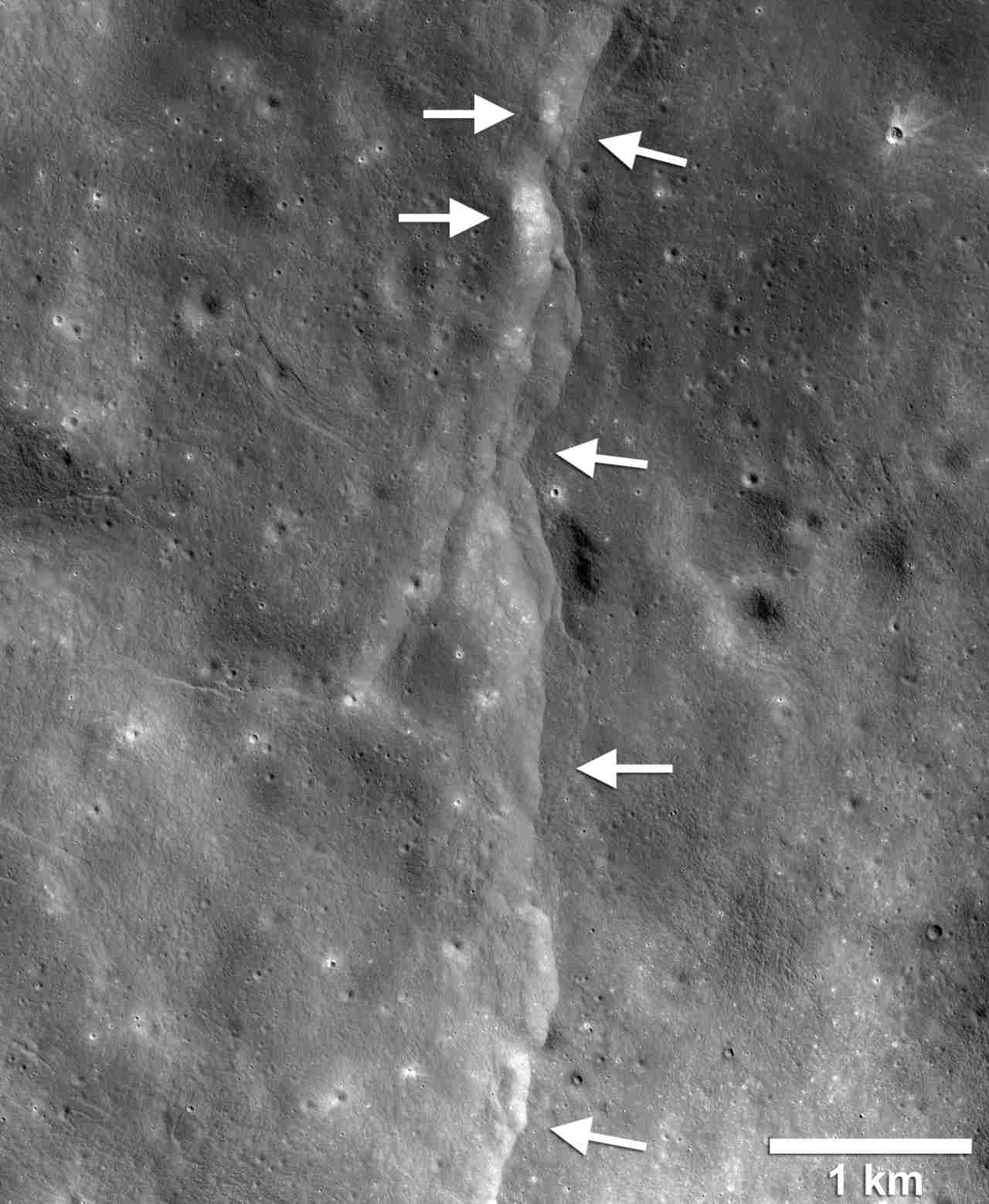 This prominent thrust fault is one of the thousands discovered in images by the NASA Lunar Reconnaissance Orbiter Camera (LROC). The fault scarp or cliff is like a stair-step in the lunar landscape, formed when the near-surface crust is pushed together, breaks, and is thrust upward along a fault as the Moon contracts. Image: NASA/LROC

Unlike the flexible skin of a grape as it shrinks into a raisin, the Moon's crust is brittle and prone to crusting and breaking when pressure is put on it. The slow shrinking and cooling over time, according to the new research, has created the large cliffs and faults — formed as the crust is pushed up and over another chunk of crust nearby. The Moon has acquired thousands of small surface wrinkles in the form of surface features called thrust fault scarps.

The study also found that the moon is has grown 50 meters "skinnier" over the past several hundred million years, and in the process, experienced moonquakes along the faults (some of the quakes during the Apollo missions were traced back to specific cliffs on the lunar surface that formed relatively recently, geologically speaking.)

"This is exciting as it wasn’t clear if the moon had already gone through this period billions of years ago and was tectonically dead, or if it was still active in the present," Nicholas Schmerr, study author from the University of Maryland, said in a statement. [Schmerr designed the algorithm to re-analyze the seismic data from the Apollo mission.] 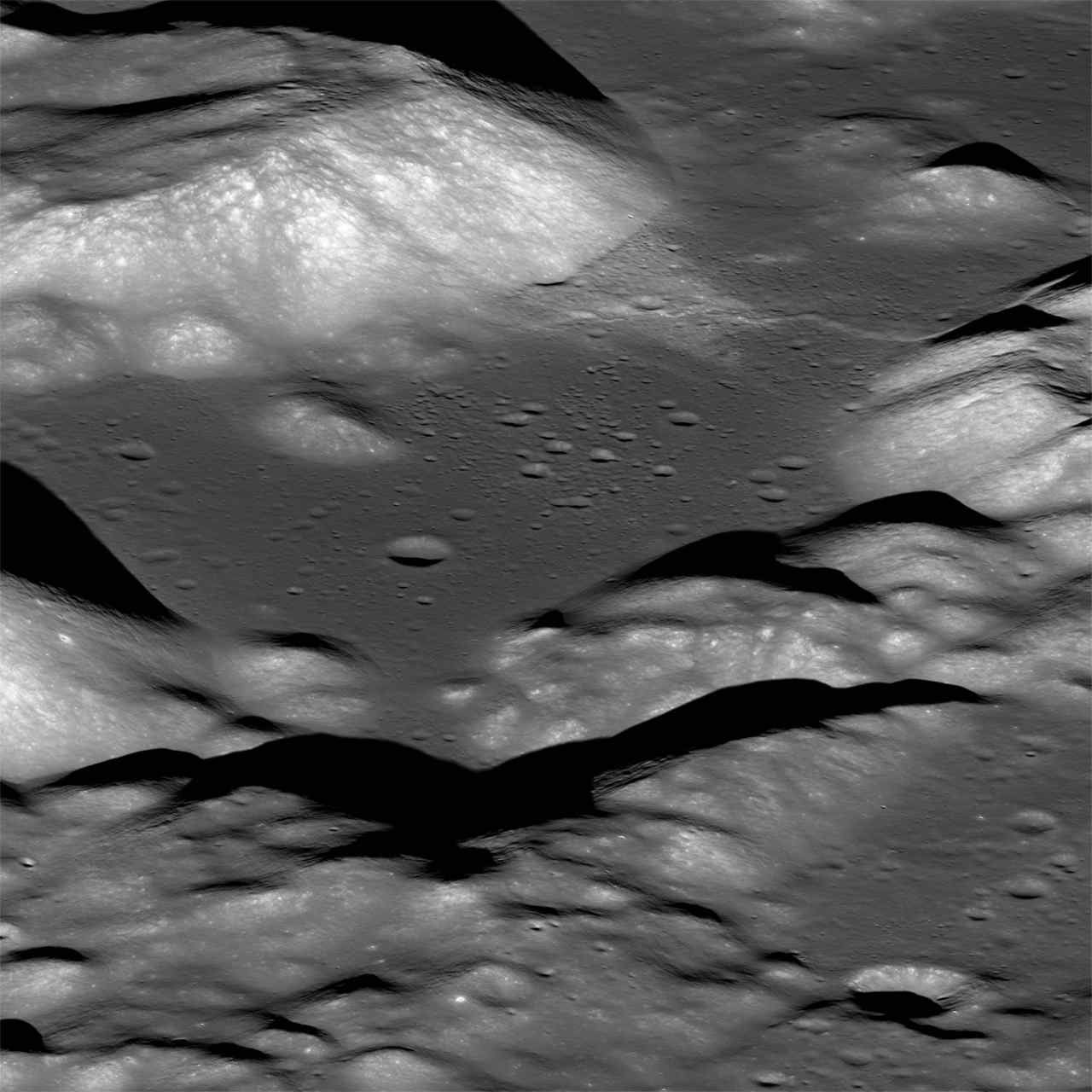 A view of the Taurus-Littrow valley taken by NASA’s Lunar Reconnaissance Orbiter spacecraft. The valley was explored in 1972 by the Apollo 17 astronauts Eugene Cernan and Harrison Schmitt. Image: NASA/LROC

"It (also) means that the moon has somehow managed to remain tectonically active after 4.51 billion years," Thomas Watters, lead author of the study, from the Smithsonian Institution, said in a statement. The study's findings were published in the journal Nature Geoscience.

Important as this discovery is, scientists think the moon isn't the solar system’s only object shrinking with age. Our solar system's innermost planet Mercury, too, boasts numerous thrust faults. Could it be?

Mild tremor of 3.2 magnitude reported in Kutch; no casualties or damage to property, say officials