The Atlas V will leave the Integration Facility a good two days before its scheduled launch on 30 July.

Days after a delay to the launch timeline of its Perseverance rover, the National Aeronautics and Space Administration (NASA) has attached it to the top of its United Launch Alliance Atlas V rocket at Cape Canaveral to meet its new liftoff target date of 30 July.

The rover has also been encased in the nose cone to protect it during launch, as per a NASA statement. At the beginning of the process of attaching the rover, a 60-ton hoist on the roof of the Vertical Integration Facility at Space Launch Complex 41 lifted the nose cone to the top of the waiting Atlas V rocket.

Engineers then worked on making lasting physical and electrical connections between the booster engines and the spacecraft that will come into play 50 to 60 minutes after the rocket blasts off. 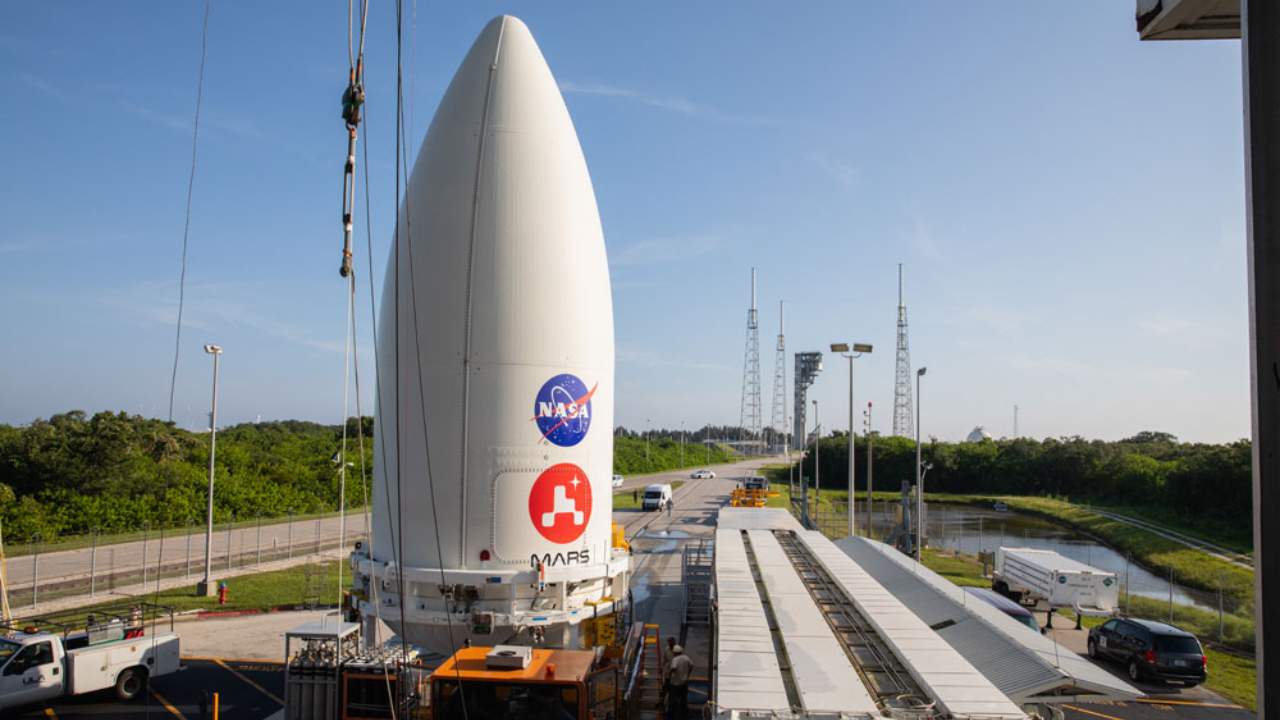 "I have seen my fair share of spacecraft being lifted onto rockets. But this one is special because there are so many people who contributed to this moment,” John McNamee, project manager for the Mars 2020 Perseverance rover mission at NASA's Jet Propulsion Laboratory, said in a statement.

The mating of spacecraft and booster has also paved the way for final pre-launch tests. The Atlas V will leave the Vertical Integration Facility a good two days ahead of its scheduled launch on 30 July.

The blast-off was moved from 17 July to 30 July after a contamination breach delayed launch vehicle processing delay. The new launch window now spans from 30 July to 15 August.

The US space agency has assured that no matter what day Perseverance lifts off during the launch period, it will land in Mars' Jezero Crater as planned, on 18 February 2021.

The Perseverance rover mission is designed to search the crater and area surrounding it for signs of ancient microbial life. It is the successor to the Curiosity rover, which has been exploring the Gale Crater on the red planet for eight years.

If the Mars-bound rover does not take off by mid-August, it would add a $500 million bill to the nearly $3 billion mission, as NASA would have to wait until 2022 for the next launch window to open, as Earth and Mars fall into a suitable alignment for the rover's journey.