It is stark and apparent how India is singular, unique in the threats it faces from climate change.

Editor's note: The following is the second in a three-part series about the significance of the recently published UN IPCC Special report, with a focus on impacts in and around the Indian subcontinent.

Part One discussed why impacts rise disproportionately fast for the 0.5ºC rise detailed in the report.

The IPCC report pulls together research about global changes as a result of temperature rise.

The report also specifically points to India, highlighting that it will be one of the most severely hit countries worldwide from climate change.

This begs the question: Why? 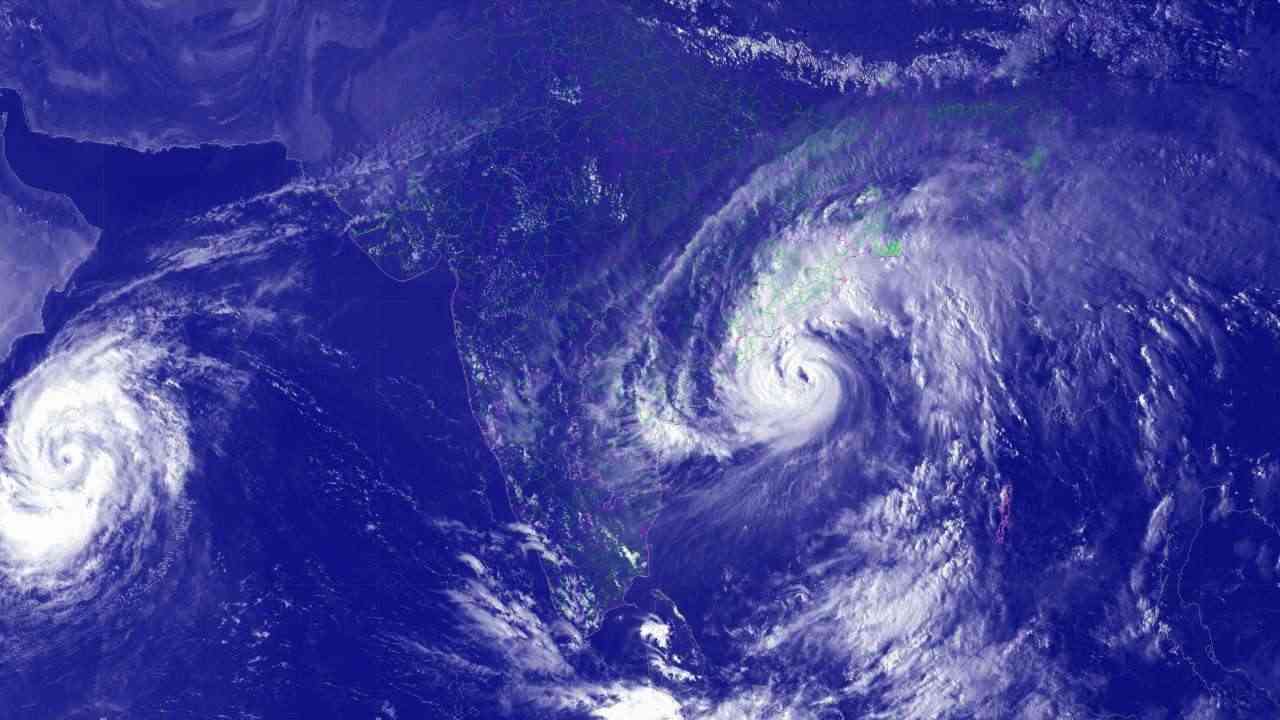 Cyclonic storm Titli approaching landfall in Odisha. Cyclones draw their power from the energy in the water over which they form. Warmer waters hold much more energy, and add more intensity and power to the destructive potential of cyclones like Titli. The IPCC report has outlined increases in cyclone intensities due to warming worldwide, and has projected that the intensity of cyclones will continue rising as the world warms. Image courtesy: IMD

Why is India expected to be hit so hard?

A treacherous concoction of natural and human-made reasons specific to India make it extraordinarily vulnerable to climate change. A hot tropical climate, its geography, a heavy dependence of agriculture on stable monsoons and a coastline stretching 7000 km are some.

Runaway pollution, unplanned “development”, deforestation, lack of disaster-preparedness and a large proportion of its population living in extreme poverty are other important factors adding to India’s unique vulnerability.

Besides high baseline temperatures, warming in India is even higher than the global average at about 1.2ºC.

What is very worrying is that this rise in temperature is despite a substantial degree of the warming from greenhouse gases being counteracted by what’s called the ‘brown cloud’.

Hanging over the Indian subcontinent, this cloud houses aerosols released from fossil fuel combustion and vehicular pollution, that have the opposite effect on temperature than greenhouse gasses.

Aerosols in the atmosphere tend to have a net cooling effect given how highly reflective they are to sunlight. Aerosols are also bigger and heavier than greenhouse gas molecules, so do not easily disperse. They remain largely localized, and linger above their emission hotspots.

In the North of India, the Himalayan ranges block the flow of wind, and thus, the dispersal of such aerosols. The cruel irony is that as India begins to put norms in place for pollution clean-ups, lower aerosol levels could cause temperatures to spike rapidly by as much as 0.5ºC. 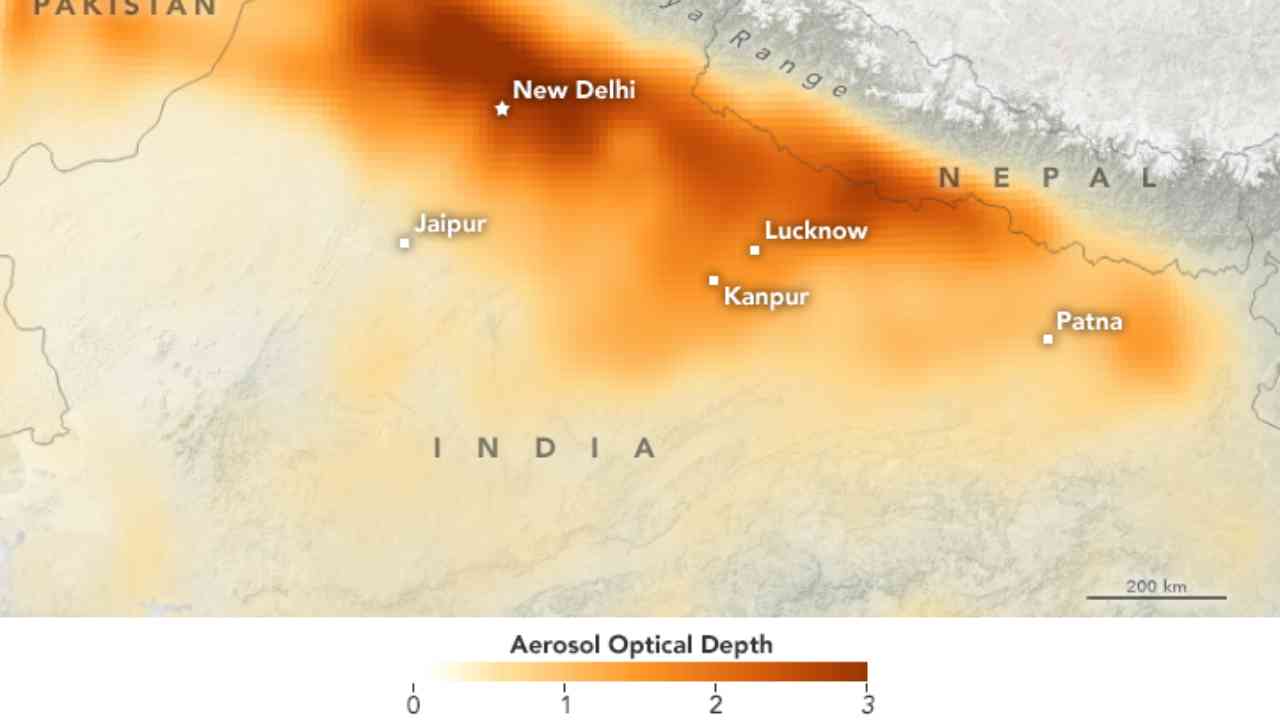 Greenhouse gases and aerosols both affect rainfall through different mechanisms. With its more direct interaction with sunlight, aerosols have a proportionally greater impact on rainfall. A clean-up of aerosol pollution will likely have substantial effects on India’s already destabilized rainfall patterns.

The IPCC report makes this point, but does not spell out regional disturbances.

This, backed by a largely agrarian economy that heavily relies on predictable monsoons. Both, changes in rainfall patterns and extremes in precipitation, are intimately linked with not just our water resources but also food security.

India has seen several deadly heatwaves in recent years. High temperatures are exacerbated by humidity along India’s coastline and the river deltas.

In a heat index called the “wet-bulb temperature” that takes into account temperature and humidity, a sustained temperature above 35ºC is considered lethal to humans. 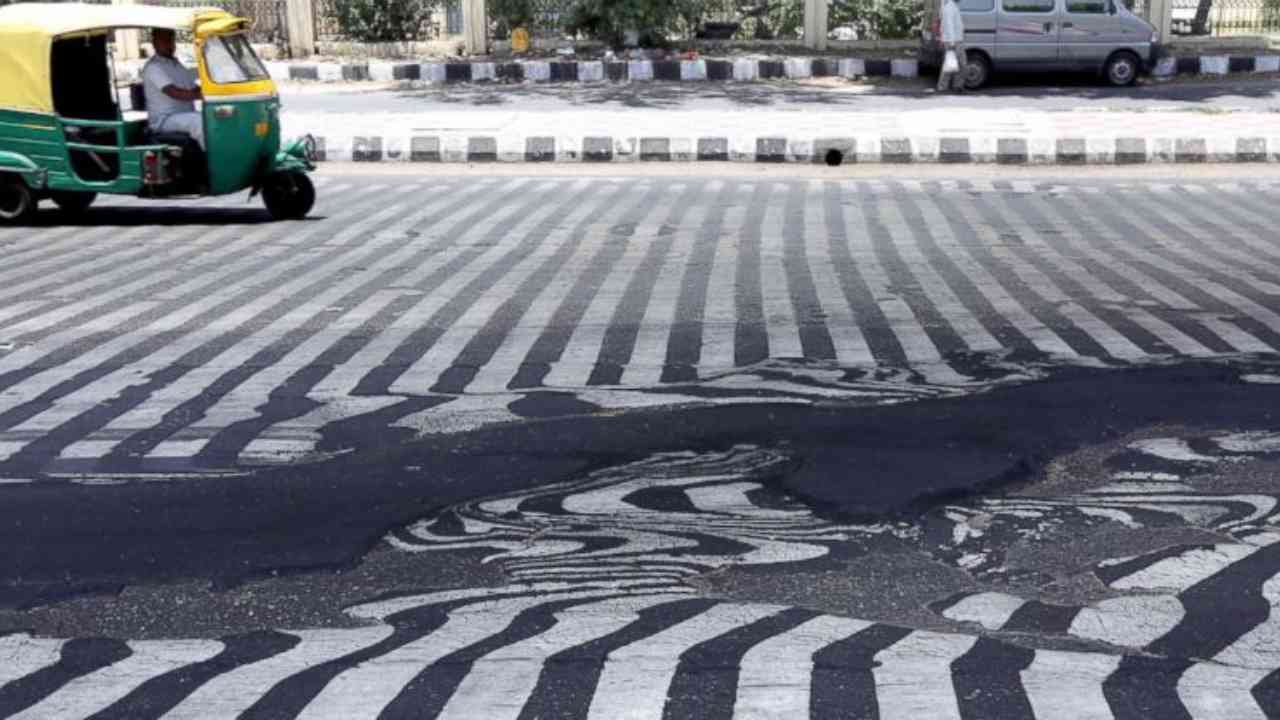 Melting asphalt during a heat wave in Delhi on May 27, 2017. Image courtesy: Harish Tyagi/EPA

Even in the shade, with fans and circulation, it becomes impossible for the body to cope at this temperature with its natural coping mechanism for heat — sweating.

Not long ago at the peak of the 2015 and 2016 heat waves in India and Pakistan, sustained wet bulb temperatures well above 30ºC killed thousands of people on both sides of the border. Kolkata, going by IPCC’s projections, will experience annual conditions equivalent to these heat waves at 2ºC warming.

As with most such disasters, it is the poor, the homeless, outdoor labourers, children and the elderly that are most vulnerable – segments that India houses in large numbers.

Another point of grave import to emerging economies like India is that climate change interacts strongly with unplanned development with severe consequences.

While the scientific jury is still out on whether the extreme rainfall event in Kerala in 2018 was a consequence of anthropogenic climate change, what is settled is that the consequent floods and loss of life were largely results of unplanned dam construction, mining and ineffective disaster management efforts.

The report also identifies “hotspots of vulnerability” where the combined effect of multiple hazards may overlap. Climate and impact models were applied to study a range of impact indicators: water, food and energy stress under climate change.

This comprehensive analysis finds India and sub-Saharan Africa to be most vulnerable regions in the world.

Another finding of the report is a drop in India’s GDP from investments made to tackle climate change impacts — among the highest in the world.

It is stark, clear and apparent that India is singular and unique in the threats it faces from climate change.

Are we prepared in the slightest?