Indian monsoon: The challenges of accurately predicting the deadly thundershowers

It is just the inherent complexity of the tropical systems like that over India that hold us behind in weather prediction.

Same time, another year. Flash floods triggered by heavy monsoon rains in the North East have killed dozens of people and displaced over a million this month. The Brahmaputra, which flows from the Tibetan mountains down to India and then through Bangladesh, burst its banks, swamping 1,500 villages in Assam alone in the past week.

The floods have killed nearly 20 people and displaced about 8,00,000 in Assam, Tripura and Manipur. The water level in the Brahmaputra is only expected to rise and then level off, the Central Water Commission said. In Assam, authorities opened 71 relief camps where 10,710 people have taken shelter across the state.

On Monday, heavy rains in Mumbai brought about by the Southwest Monsoon claimed three lives in the city and adjoining Thane district. The thundershowers, which also struck several areas of Gujarat and West Bengal, pushed the death toll in rain-related incidents this week to 11.

Interestingly, all the states mentioned above also registered high death tolls due to floods last monsoon as well, according to government data accessed by Firstpost through RTI queries. Although some news reports suggested even higher numbers, here are the six states that recorded the highest deaths during last year's floods.

Are the same states going to experience the worst floods again this year? An official in the government's weather department says it is quite likely.

"Although the monsoon rains are getting a little unpredictable in their intensity and duration, the overall rainfall pattern does not change drastically in a short period of time. The states which received the highest rainfall last year will be the same ones that receive strong showers this year as well, although you may see a few exceptions," an Indian Meteorological Department (IMD) official said, requesting anonymity.

When asked if these states have arranged for proportional mitigation strategies given their high risk, he responded by saying that disaster preparedness of several state governments across the country leaves a lot to be desired. The recommended steps for disaster preparedness during monsoons have been well documented by scores of studies over decades. "The simplest thing is to start with permeable pavements, rain gardens, water harvesting structures etc. Then comes recovering the upstream damping natural structures like forests and abandoned hydrological structures which used to help navigate the water into oceans and so on," veteran climate scientist Raghu Murtugudde from University of Maryland told Firstpost.

But one factor that both the IMD official and Murtugudde stressed on for reducing the number of deaths due to floods, is better prediction of the rains. However, as we find out below, it is easier said than done.

Why aren't we better at predicting the weather?

You may complain about the "unreliability" of weather prediction as a layperson, Murtugudde says, but a scientist is concerned with its "uncertainty". The following is based on the rest of his explanation:

Tropical systems, such as that over India, have something called convection where the heating of the land and the ocean creates certain instabilities in the atmosphere. Those instabilities are typically released into rains depending on how much moisture is available in the air. And when the rains then pour, these systems can grow very fast in a matter of hours.

If you consider the European weather or the North American weather, where the systems are some thousand kilometres big and they linger around for over a week or more, the weather forecast there is very reliable, for up to 10 days ahead.

Whereas in the tropics, where the systems are fast changing, the complex numerical models pose a big challenge for our scientists.

"We have the best models, the best computers, the best observation system, best instruments, best satellites and so on. But even after combining them, you can end up with a certain uncertainty," Murtugudde quips.

On the large scale weather you may see an instability coming up, but if it doesn't build or builds a couple of hundred kilometres away from the expected location, "you are looking at your weather forecasts and saying this is just not reliable".

Essentially, it is just the inherent complexity of the tropical systems that hold us behind in weather prediction.

But are we getting better at weather prediction?

"If you look at the Mumbai flood from 2005 — the number of people who died and the damage that happened — and you look at the 2017 flood, you will notice that the second instance was forecast five to seven days in advance. It was slightly off by a day or so, but it was forecast much better than what we managed in 2005," Murtugudde says. 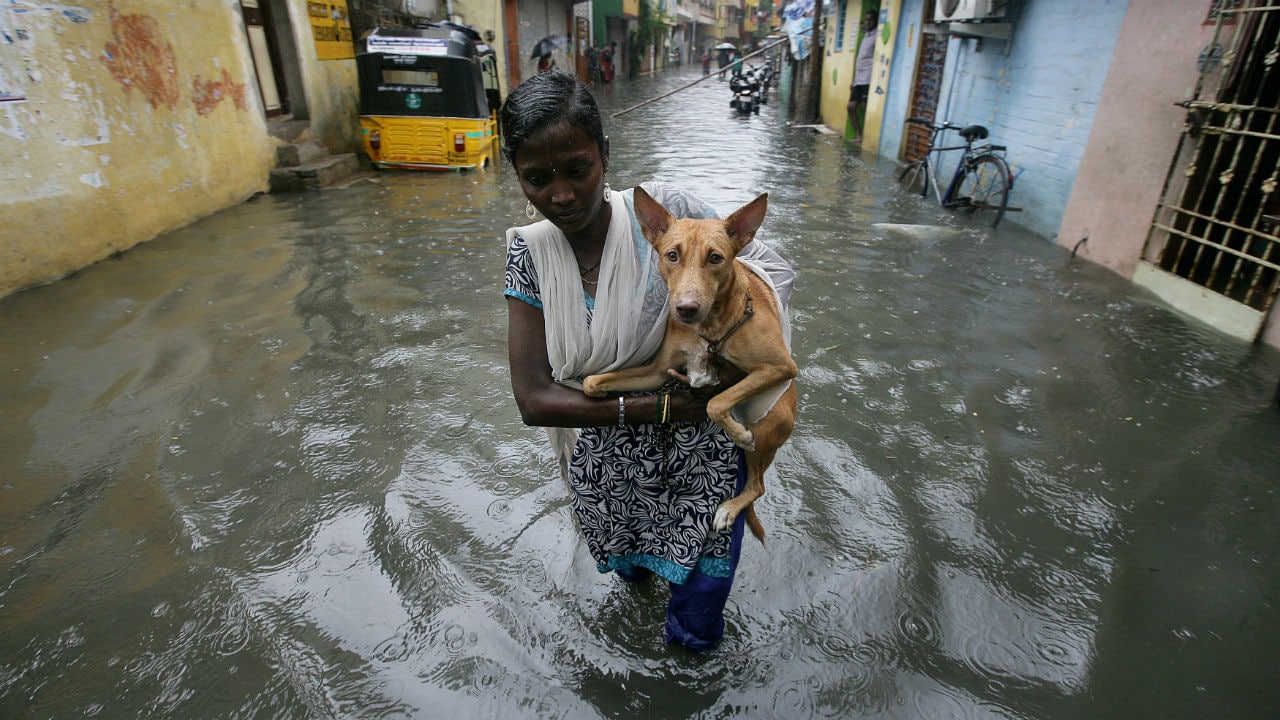 And it is not just in Mumbai; even though the floods have now become much more widespread because of climate change and despite an increase in population, he says the mortality due to floods has been steadily decreasing over the years.

"Weather systems grow very fast. We know what the equations that govern the system are and we are solving them, but the moisture dynamics and micro-physics involved in weather prediction happen at a molecular scale. We cannot really capture them right now, but that doesn't mean we won't be there in a few years."

How many years till we have reliable and hyper-local weather prediction? About five years, according to Murtugudde.

Maharashtra records 27 per cent more rains than normal in June-July, despite dull start