Global Climate Strike: A look at the strike that is demanding climate action today

The global strike was called by climate activist Greta Thunberg and by her organization Fridays for Future.

The Global Climate strike continues to rise in popularity with Australia and other Asian countries coming out in large numbers to show their support to the cause. These strikes have been called to demand concrete action against climate change.

This event is the third in a series of international strikes inspired by Greta Thunberg, a 16-year-old climate warrior, who became the world’s leading voice in climate activism in a span of one year. Thunberg began skipping school on Fridays in protest outside her country’s Parliament, demanding immediate action in response to the climate crisis. She inadvertently started a movement after local and then global media took notice.

Her movement spread to all corners of the world and branches of the Fridays for Future has sprung up from Antarctica to Australia and from Germany to Canada. 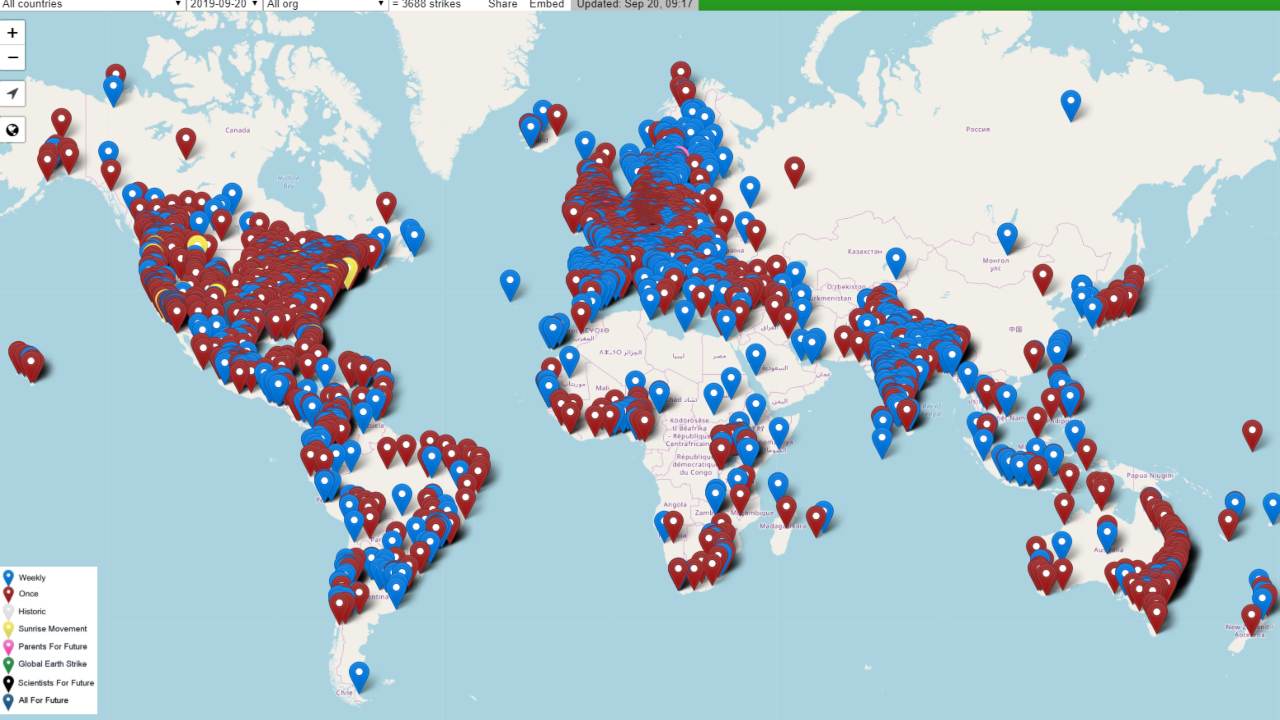 A glance at the 3700 strikes around the world registered with Fridays For Future. Image: FFF website.

This global strike, like always, is a youth-lead event, however, this time there is one aspect that is different.  This strike has got a lot of attention and support from adults and major companies. Employees from Google, Amazon, Microsoft, and Twitter are going to walk out of their offices to join the protests.

Digital sites like Etsy, Kickstarter, WordPress, Tumblr, Greenpeace, and many others are doing their bit to spread awareness about this topic and draw attention to the importance of action against climate change. They will be doing so by either donating ad space on their websites or placing a banner on their site that talks about the same. 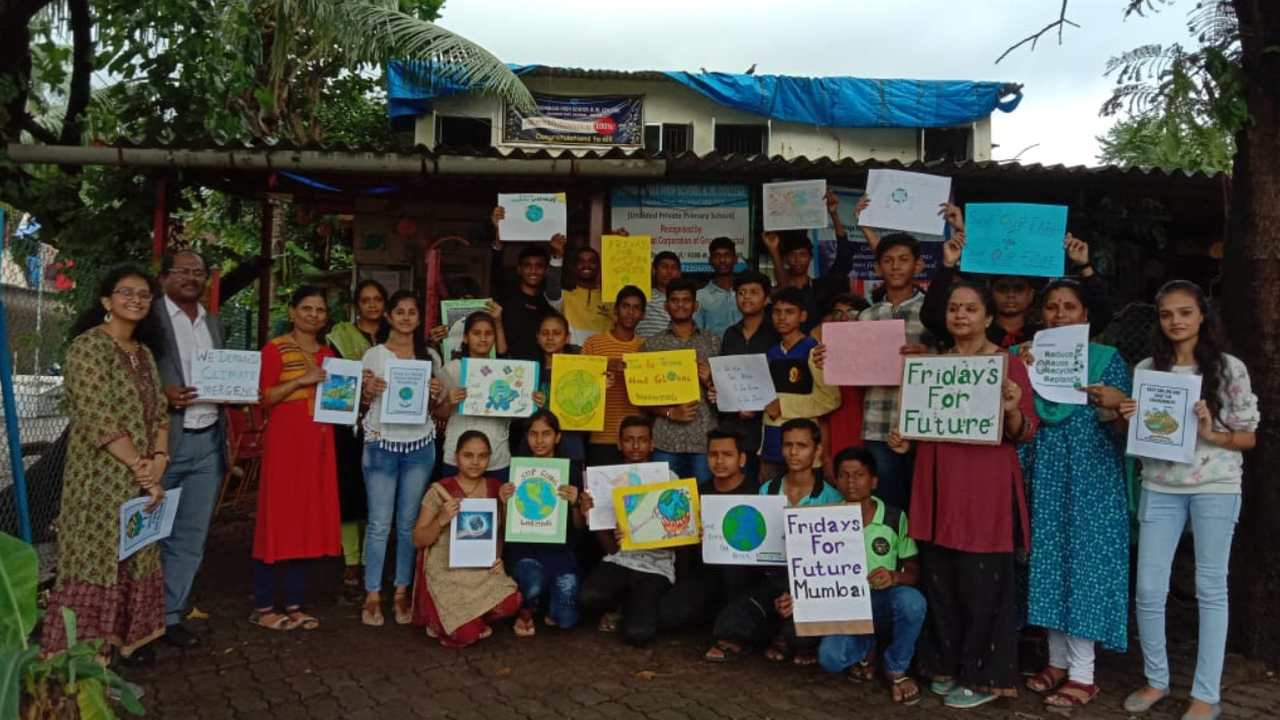 A group of people striking for the climate in India. Image credit: Twitter.

The Strike is timed to coincide with some big international events: the UN Climate Summit in New York on 23 September, and the IPCC Oceans and Cryosphere Report, due on 25 September.

(Read: Global Climate Strike: Where will you be when the world demands urgent climate action today?)

Here are some of the highlights from the various strikes taking place all over the world:

Thousands of students have joined climate rally in Delhi. Students are observing #GlobalClimateStrike today. According to reports, It may be the biggest day of climate demonstrations in history. pic.twitter.com/QgQd0B75Uj

This is Gracie, and she’s a *very* good girl 💚 #ClimateStrike pic.twitter.com/N8JJMLkadN

Looks like a good turnout for the #ClimateStrike on a sunny day in #Nottingham pic.twitter.com/JbaWDpY5Uq

#ClimateStrike #Amsterdam
We are unstoppable, another world is possible! ✊🌏
#FridaysForFuture pic.twitter.com/DNF8v1zZdc

School students in Delhi have taken to the streets today to demand government action on #climatechange.

In Tokyo, we also step up to support young climate strikers and demand an end to the age of fossil fuels #ClimateStrike #FridaysForFuture #ClimateEmergency 🌏🌿 pic.twitter.com/a2KLuQ6mEu

Young people here and across the world are making it impossible to ignore the environment and climate emergency.

This is the wonderful youth #ClimateStrike in my constituency - now I'm on my way to the main London demonstration. pic.twitter.com/GI1AniUnpb

I’ll give it to 11 year old Finn Brommert at #ClimateStrike Sydney - he’s quick on his feet... 😂 pic.twitter.com/Nb8mBK6dwi

We have closed to join the global climate strike: today 1pm from metro Nation. #FridaysForFuture pic.twitter.com/zpPrBUSzQk

Why limit the #ClimateStrike to just big cities. These are 8th standard tribal girls from Addateegala in #AndhraPradesh joining this protest in solidarity with all the school children worldwide. #ClimateAction #ClimateChange #ClimateActionNow #TheFutureWeWant #ActNow pic.twitter.com/wusMShU9YI

i had such a good time wow #FridaysForFuture pic.twitter.com/uB38mMIxHy

This is an ongoing story that will be updated as the strike progresses.