When the return capsule was about 10 kilometres above land, a parachute opened and it landed smoothly, after which a search team recovered it.

An unmanned Chinese spacecraft carrying rocks and soil from the Moon returned safely to Earth early Thursday, completing the first mission in four decades to collect lunar samples. While scientists hope the samples will give insights into the Moon's origins and volcanic activity on its surface, the trip was also another high-profile chapter in China's bid to become a space superpower. In images broadcast on state television, a Chinese flag was flown at the snow-covered grasslands where the capsule landed in the country's remote north. 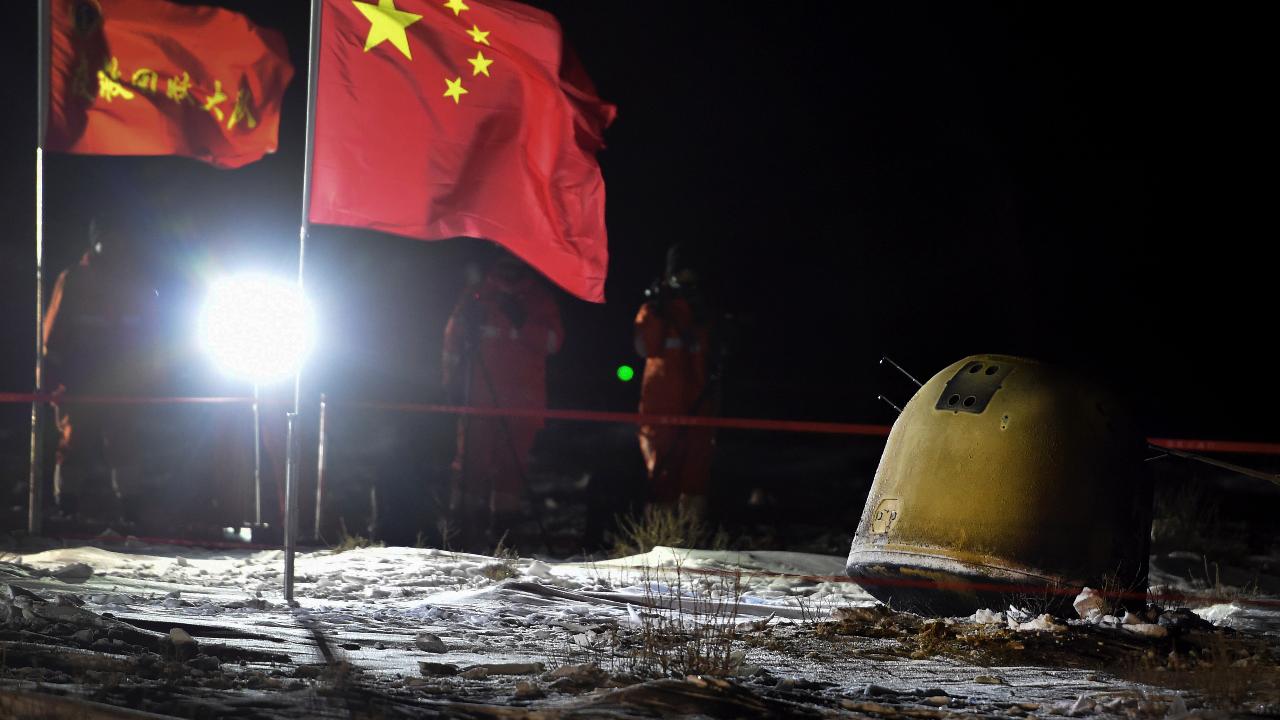 In this photo released by Xinhua News Agency, crew members film the capsule of the Chang’e 5 probe after its successful landed in Siziwang Banner, north China's Inner Mongolia Autonomous Region on Thursday, Dec. 17, 2020. A Chinese lunar capsule returned to Earth on Thursday with the first fresh samples of rock and debris from the moon in more than 40 years. (Ren Junchuan/Xinhua via AP)

China is now only the third country to have retrieved samples from the Moon, following the United States and the Soviet Union in the 1960s and 1970s.

Chang'e-5, named after a mythical Chinese Moon goddess, landed on the Moon on 1 December.

While there, it raised the Chinese flag, the country's space agency said.

When the probe left the Moon two days later, that marked the first time that China had achieved take-off from an extraterrestrial body, it said.

The module then went through the delicate operation of linking up in lunar orbit with the part of the spacecraft that brought the samples back to Earth.

The Chang'e-5 mission was to collect two kilograms (4.5 pounds) of material in an area known as Oceanus Procellarum — or "Ocean of Storms" — a vast, previously unexplored lava plain, according to the science journal Nature.

Also Read: China's lunar probe — Chang'e 5 — fired up its engines, has begun its three-day journey back to Earth

The capsule will be airlifted to Beijing for opening, and the Moon samples will be delivered to a research team for analysis and study, China's space agency said.

China has spent billions of dollars on its military-run space programme in an effort to catch up with the achievements of the United States and Russia.

A Chinese lunar rover landed on the far side of the Moon in January 2019 in a global first that boosted Beijing's aspirations to become a space superpower.

The official Xinhua news agency described the latest mission as one of the most challenging and complicated in China's aerospace history.

The probe comprised separate craft to get to the Moon, land on it and collect the samples, get back up and then return the rocks and soil to Earth. 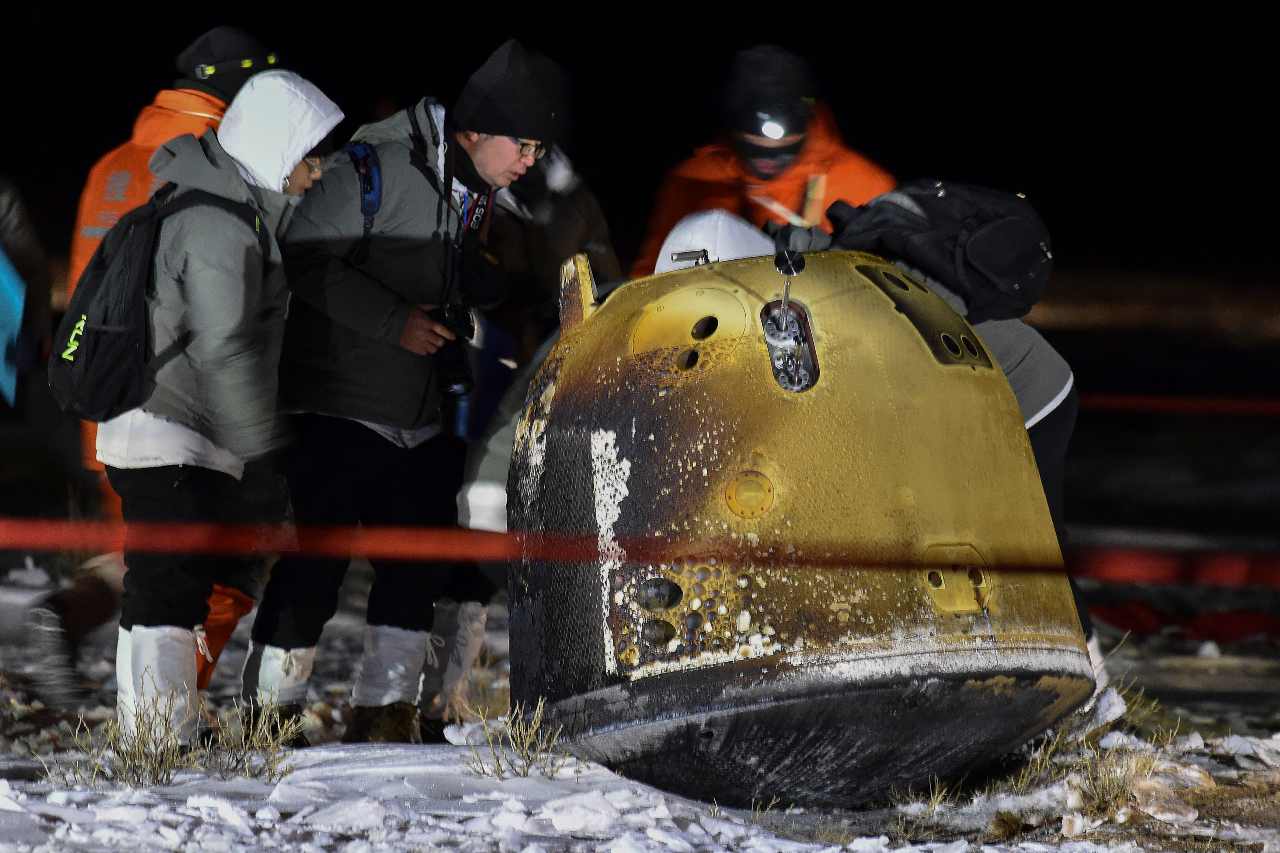 In this photo released by Xinhua News Agency, crew members check on the capsule of the Chang’e 5 probe after its successful landed in Siziwang Banner, north China's Inner Mongolia Autonomous Region on Thursday, Dec. 17, 2020. A Chinese lunar capsule returned to Earth on Thursday with the first fresh samples of rock and debris from the moon in more than 40 years. (Ren Junchuan/Xinhua via AP)

The return capsule entered the Earth's atmosphere at an altitude of about 120 kilometres (75 miles).

When it was about 10 kilometres above land, a parachute opened and it landed smoothly, after which a search team recovered it, the space agency said.

Thomas Zurbuchen, a top official at NASA's science mission directorate, congratulated China on the safe return of the capsule.

"These samples will help reveal secrets of our Earth-Moon system (and) gain new insights about the history of our solar system."

China will make some of the samples available to scientists in other countries, Pei Zhaoyu, deputy director of the Lunar Exploration and Space Program Center of CNSA, had previously said.

China's future space goals include creating a powerful rocket capable of delivering payloads heavier than those NASA and private rocket firm SpaceX can handle, a lunar base, a permanently crewed space station, and a Mars rover.