The Terrain Mapping Camera-2 onboard Chandrayaan 2 can create a digital elevation model of the lunar surface.

The Indian Space Research Organisation (ISRO) has released new images showing the different terrains on the lunar surface. The orbiter, which has several scientific, imaging and mapping instruments onboard, has captured its first three-dimensional map of a structure on the moon — an impact crater.

The map is the first comprehensive three-dimensional (3D) map of a lunar crater and was captured by the orbiter's Terrain Mapping Camera-2 (TMC-2), an upgraded version of the TMC that accompanied the Chandrayaan 1 mission over a decade ago. The TMC-2 instrument can provide images at 5m-spatial resolution from an altitude of 100 km to create a "Digital Elevation Model" or DEM of the entire lunar surface. 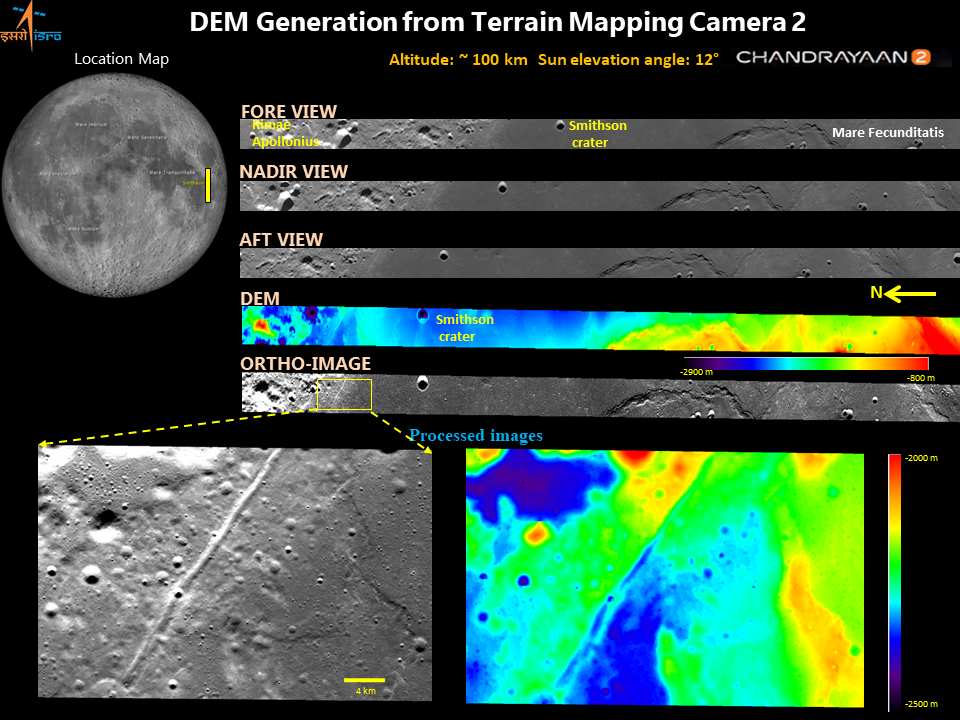 A multi-factoral map of a patch of lunar surface as seen by the Chandrayaan 2's TMC-2 camera. Image: ISRO

The TMC-2 is the successor of the TMC that was present on the Chandrayaan-1 mission. It’s capable of taking images from a distance of 100 km while orbiting. Images are captured by a stereo triplet system where different images are captured in three separate views including ‘fore’, ‘nadir’, and ‘aft’. These images are combined to generate a Digital Elevation Model or DEM of the entire lunar surface.

#ISRO
Have a look of 3D view of a crater imaged by TMC-2 of #Chandrayaan2. TMC-2 provides images at 5m spatial resolution & stereo triplets (fore, nadir and aft views) for preparing DEM of the complete lunar surface. 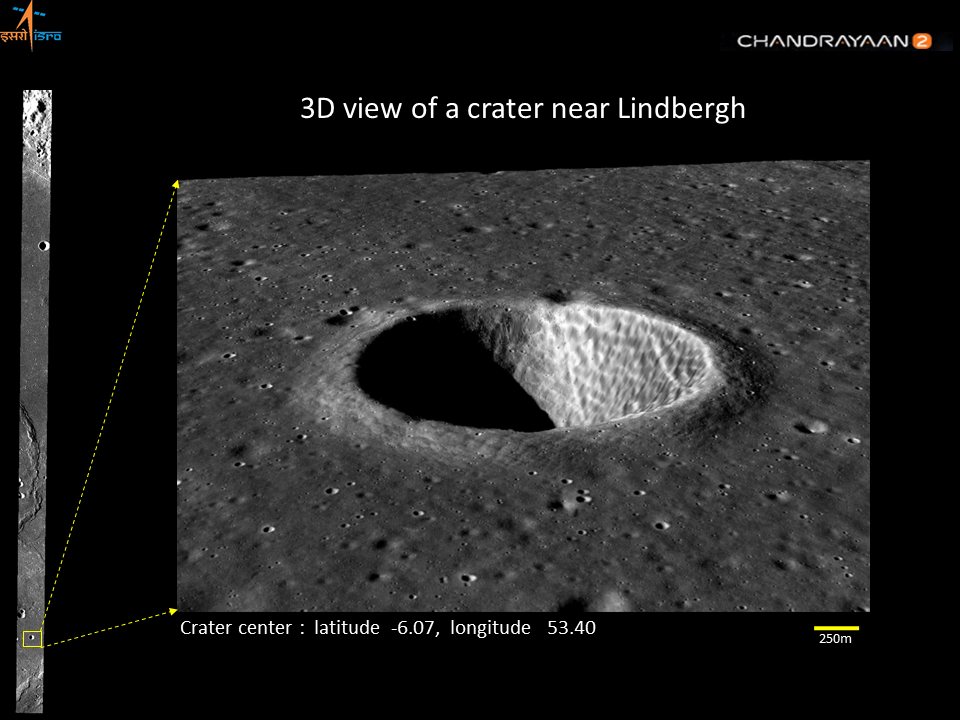 3D images of a crater created by the Terrain Mapping Camera-2 on the Chandrayaan 2 Orbiter. Image: ISRO

By enabling the capture of this data, ISRO can potentially reconstruct the morpho-structural framework by estimating the dimensions of the above landforms. Impact geometries can be derived from characterising craters and Crater Size-Frequency Distribution (CSFD) methods can be applied to determine surface age. Rheological analysis can be carried out as well based on the derived morphometric parameters and the lunar reflectance can be estimated among other things. A high-resolution image of a patch of lunar surface as seen by the Chandrayaan 2's TMC-2 camera. Image: ISRO

Previously, ISRO had announced the detection of Argon-40 in the lunar exosphere. Before that, it had released images of illuminated images and data from the Orbiter’s infrared instruments.