NASA admitted just days ago that the Vikram lander may not be in the 'field of view' of the LRO's on-board camera.

NASA has released images of the final landing site of the Vikram lander, part of the Indian Space Research Organisation's Chandrayaan 2 mission. The images, captured by the Lunar Reconnaissance Orbiter's Camera (LROC) instrument days after crash-landing near the South Polar region of the Moon.

The NASA satellite carried out an overhead fly-by of the exact location the Chandrayaan 2 orbiter spotted after it lost communication with ISRO during its descent. Even using its most powerful cameras, the lunar orbiter failed to identify the Vikram lander in images captured on 17 September, ten days after the lander supposedly crashed and went incommunicado.

NASA admitted a week ago that the Vikram lander may not be in the 'field of view' of the LRO's on-board camera. The reason for this is likely "long shadows in the area" that might be obscuring the still-silent Vikram lander, NASA reiterated in a statement released along with the processed images. 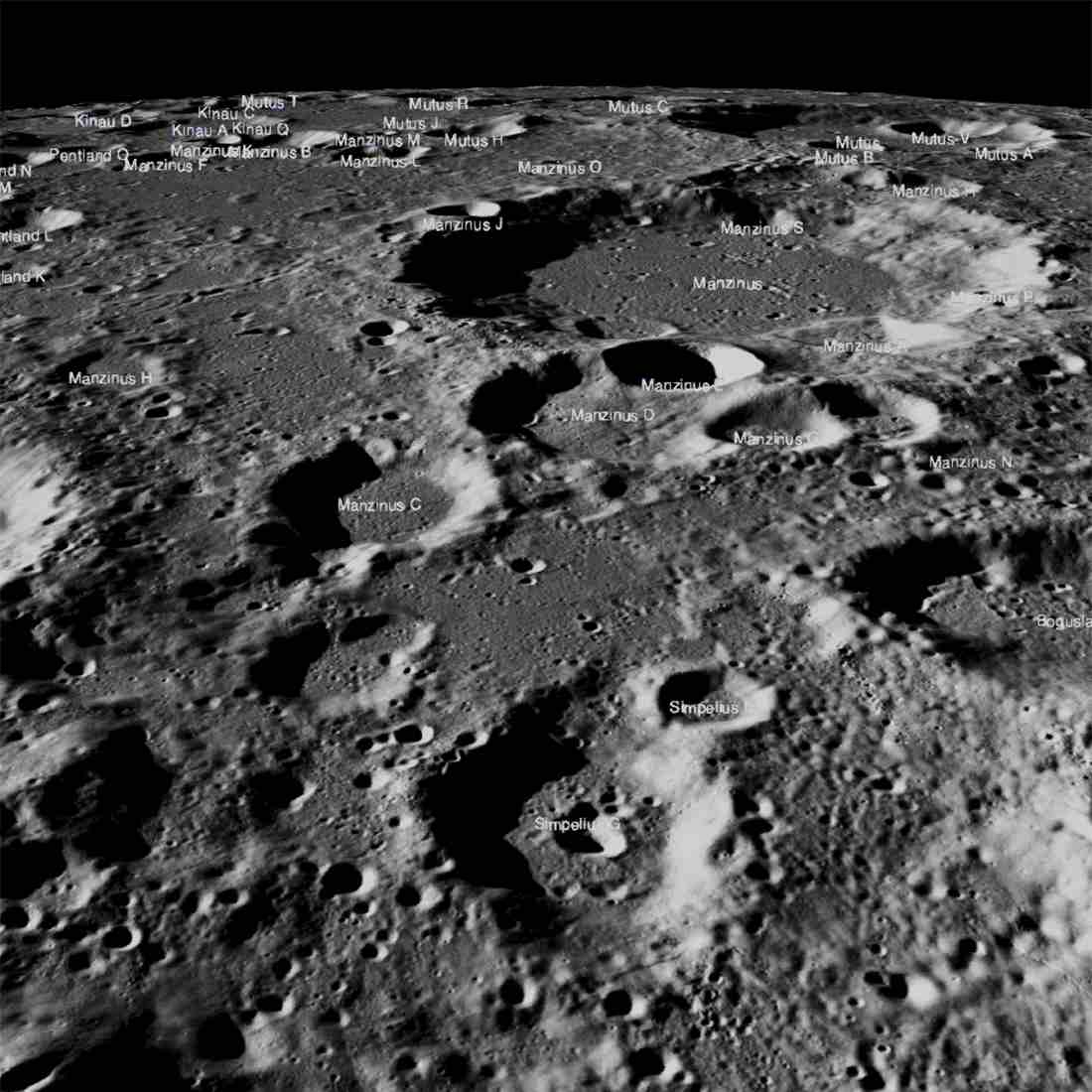 The scene above was captured from an LROC Quickmap fly-around of the site. The image width is about 150 kilometres across the centre. Image: NASA/GSFC/Arizona State University

"LRO flew over the area of the Vikram landing site on 17 September when the local lunar time was near dusk; large shadows covered much of the area... It [the lander] may be in the shadow...," Joshua Handal, public affairs officer, in NASA's Planetary science division told Hindustan Times in an email.

"The LROC team will analyse these new images and compare them to previous images to see if the lander is visible (it may be in shadow or outside the imaged area)." On 8 September, ISRO said the lander was spotted on the lunar surface by camera on-board of the Chandrayaan 2 orbiter. Since then, there has been a lot of uncertainty about exactly where the Vikram lander has ended up, and if it crashed or landed more or less intact.

"It will be difficult to find the lander during the current flyover as the angle of the Sun will be low. And, if the lander is close to any relief feature, then the lander will get hidden in its shadow. The LRO will have better chances of getting a good image of the lander during its next flyover," said Jatan Mehta, a former science officer with TeamIndus, a Bengaluru-based private company that aims to send a lander-rover to the Moon.

This next opportunity for the LRO to catch a glimpse of the lander will be on 14 October. Even 20 days after the lander's ill-fated descent, ISRO continues to keep mum about data and images from the mission's lone survivor, the orbiter.