Apple Series 4 watchOS 5.1.2 update may not bring ECG support to India for months

If you're waiting to buy the Series 4 largely for its ECG feature, don't hold your breath.

Even if it isn't the best of the Apple Watch Series 4's features, the ECG feature is arguably one of its most exciting ones.

Since its unveiling, the ECG feature on the Apple Watch Series 4 has got a lot of attention for its capability to detect irregularities in heart rhythm and atrial fibrillation (early signs of an impending stroke, heart attack).

The Apple Watch’s ECG feature wasn’t designed for that critical moment of life-or-death.

No, this feature was built for the wrists of people living with chronic heart ailments that won't go away anytime soon: heart conditions and irregular heart rates, for instance.

In the world of wearables, this is a first. And complete with US FDA certification.

A win for the tech-savvy hypochondriacs? Looks that way.

A win for if you're buying the Watch for its ECG? Umm.... maybe, just don't hold your breath.

While the beta-tested version of the ECG feature made the rounds of healthcare trials, medical studies and news media, it is yet to be rolled out for Apple's Series 4 users.

Apple had promised to roll out the feature by the end of the year, but the odds of them managing to are unclear still.

Insider sources at Apple have said that the wait for a future update to bring the ECG feature to users will end with the watchOS 5.1.2 update's arrival, Macrumors reported. 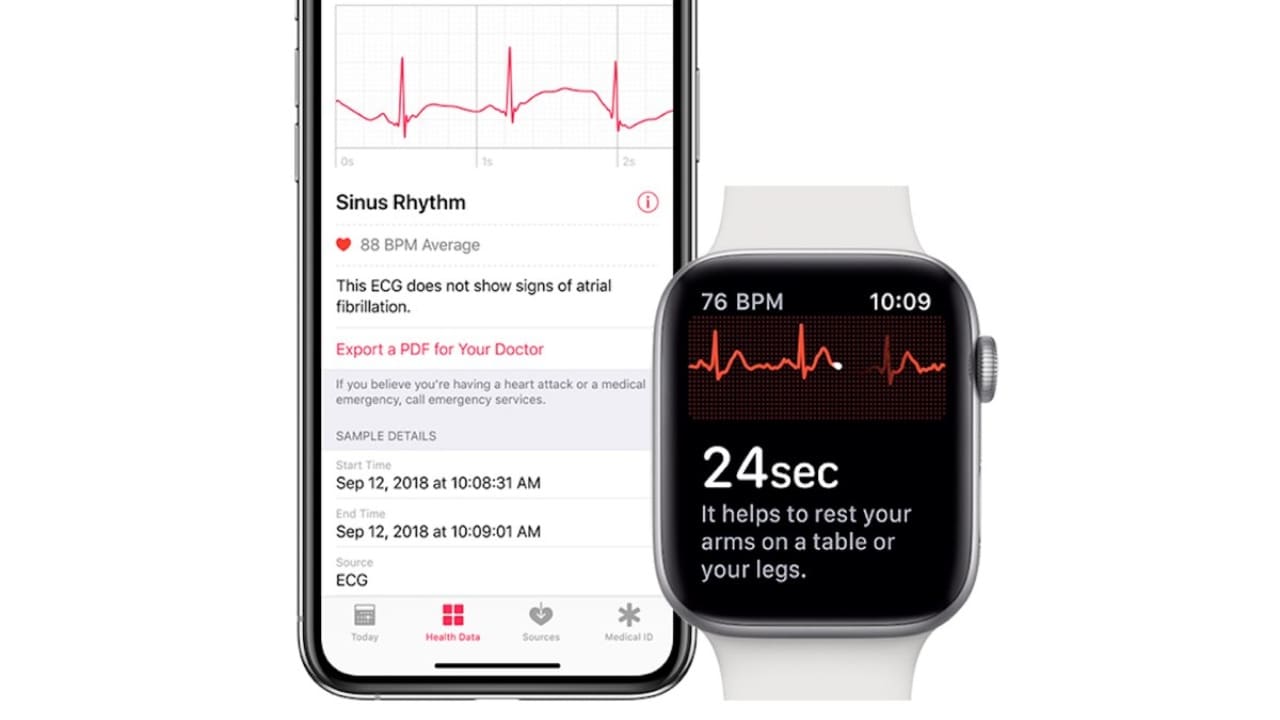 The software is still in the middle of beta tests and not ready for use by the masses. Whenever it does arrive, the ECG feature is said to be able to read users' heart rhythms — really well, too.

The feature could take even longer to reach India, what with the many licenses that Apple is still to obtain after securing the US FDA's blessing.

Apple Series 4 ECG: worth the wait?

The huge leap in its use of medical technology has made the Watch sensitive enough to pick up on small anomalies that need entire instruments of its own to read in a hospital.

The Watch's ECG feature certainly isn’t a replacement for an ECG machine by any stretch of the imagination, said Dr Ashok Punjabi, leading cardiologist at the Krishna Cardiac Care Centre in Mumbai.

"It can be disturbed easily, it can pick up on a person’s anxiety and nervousness... signals from the environment. This is assuming the instrument itself works without errors considering the importance of the task at hand," Punjabi added.

ECGs are best done by an experienced professional, more reliable in a controlled environment when looked at by a trained expert, the doctor said.

It could be months before Apple brings the ECG feature to India, so we can't help but ask: will it be worth it?

Apple Watch Series 4 reportedly crashing, looping in reboot mode due to a bug

Apple watchOS 5.1 rollout pulled back after reports of Watch 4 getting bricked