All about the Aditya-L1: ISRO's upcoming satellite to unveil secrets of the Sun

This ISRO project is touted as ISRO's response to NASA's Parker Solar probe, but it isn't.

Last weekend's ambitious launch of the $1.5 billion Parker Solar Probe by the National Aeronautics and Space Administration to get closer than any human-made object in history to the centre of our solar system created ripples across the space community, and further boosted the United States' commanding authority on space exploration.

On the same day, halfway across the world, its formidable Indian counterpart announced big plans to expand the scope of Indian Space Research Organisation's (ISRO) activities above Earth's atmosphere. From committing to 50 satellite launches in the next three years to setting a date for Chandrayaan-2's lift-off, ISRO chief K Sivan announced a series of space programmes to cement India's position in the international space fraternity.

But one ISRO project — which is as grand as Chandrayaan-2 and has a mission on the same lines as that of the Parker Solar Probe — was not mentioned by Sivan on Sunday. It is India's very own probe to study the Sun: the Aditya-L1. 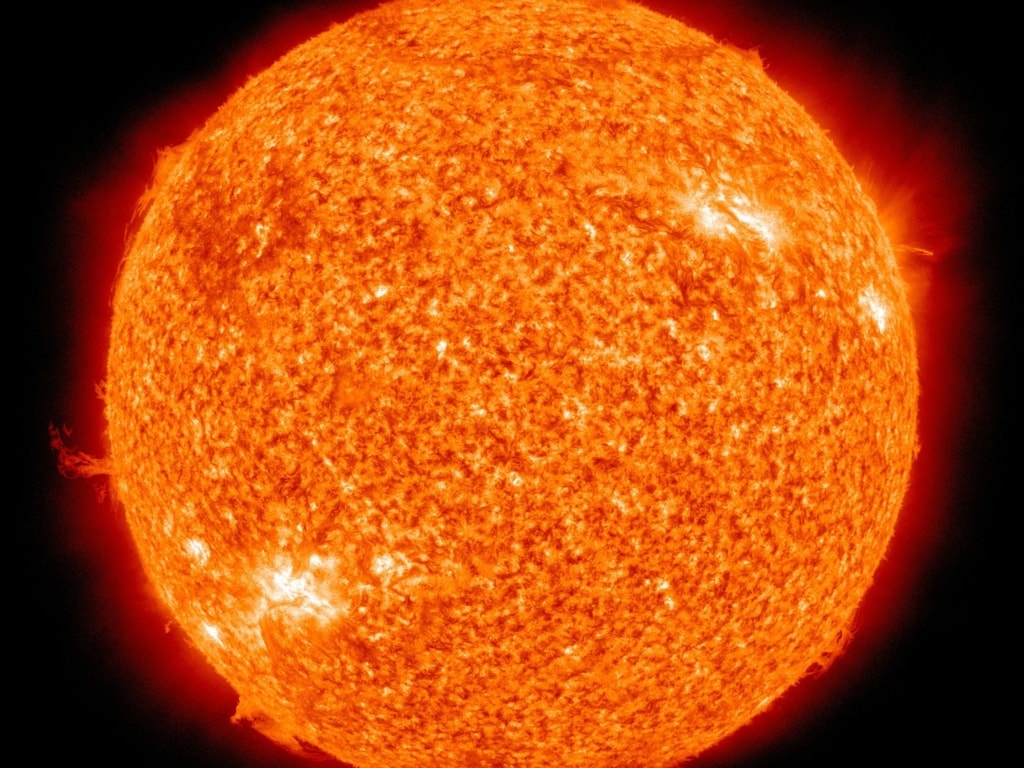 Mysteries of the Sun: ISRO's ambitious Aditya-L1 mission will try and uncover the secrets behind the solar corona. Pixabay

It was then realised that a satellite placed in the halo orbit around the L1 Lagrangian point of the Sun-Earth orbit has the amazing advantage of continuously viewing the Sun without any obstructions that eclipses may offer, which was when the mission was revised to be called the Aditya-L1 mission.

Before we lose you to scientific jargon, Lagrangian points refer to positions in orbits of two large bodies wherein a small object, affected only by the gravitational forces from the two larger objects, will maintain its position relative to them. In this case, the small object is the ISRO satellite and the two large bodies are the Sun and Earth. The Aditya-L1 will be inserted in a halo orbit around the L1, which is located some 1.5 million kilometres from the Earth, and will carry an additional six payloads. The distance also means that the orbit is greater than the orbit of the moon around the Earth, hence the luxury of remaining unaffected by an eclipse (as illustrated below). The primary payload on the Aditya-L1 satellite will, however, continue to be the coronagraph, which is meant to observe the solar corona. A corona is an aura of plasma that envelopes the Sun and other stars and is visible to the naked eye during a total solar eclipse. This corona of the Sun, which extends millions of kilometres into space will also be studied by the Parker Solar Probe.

In addition to this, Aditya-L1 will perform experiments and observe the Sun's Photosphere and the Chromosphere as well. Other payloads on the satellite will measure the particle flux originating from the Sun and reaching the L1 orbit, while a magnetometer will measure the variation in magnetic field strength at the halo orbit. These payloads have to be placed outside the interference from the Earth’s magnetic field, and hence could not have been useful in the low earth orbit of the previous Aditya-1 mission, ISRO explained.

"With the inclusion of multiple payloads, this project also provides an opportunity to solar scientists from multiple institutions within the country to participate in space-based instrumentation and observations. Thus, the enhanced Aditya-L1 project will enable a comprehensive understanding of the dynamical processes of the sun and address some of the outstanding problems in solar physics," ISRO said on its website.

G Madhavan Nair, former ISRO chairman and secretary to the Centre's Department of Space, said that there is a lot still unknown about our closest star, and that Aditya-L1 will be a "powerful tool" for finding answers to many of the Sun's mysteries.

"Certainly it is not comparable to NASA’s Parker Solar Probe — they are entering right into the atmosphere of the Sun, whereas we are keeping afar doing remote observations of the Sun. But it is a complex instrumentation, and once it is appropriately developed, it is going to be very useful not only for Indian scientists but science globally," Nair told tech2.

Here is a detailed list of all the payloads on the Aditya-L1, as explained by ISRO: 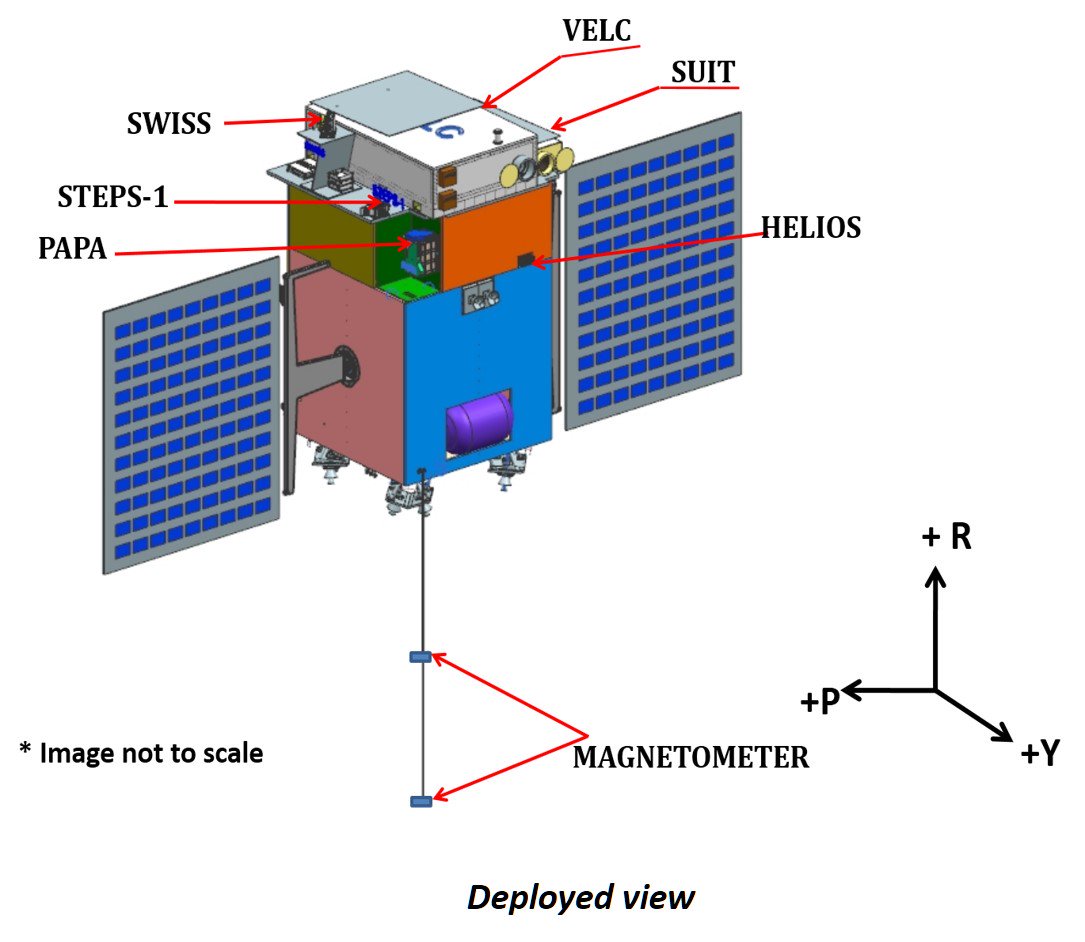 A breakdown of all components of the Aditya-L1. Image courtesy: ISRO

Visible Emission Line Coronagraph (VELC): To study the parameters of the solar corona and dynamics and origin of Coronal Mass Ejections; magnetic field measurement of solar corona down to tens of Gauss. Study to be conducted by the Indian Institute of Astrophysics.

Solar Ultraviolet Imaging Telescope (SUIT): To image the Solar Photosphere and Chromosphere in near Ultraviolet (200-400 nm) and measure solar irradiance variations. Study to be conducted by the Inter-University Centre for Astronomy & Astrophysics.

Plasma Analyser Package for Aditya (PAPA): To understand the composition of solar wind and its energy distribution. Study to be conducted by the Space Physics Laboratory.

Magnetometer: To measure the magnitude and nature of the Interplanetary Magnetic Field. Study to be conducted by the Laboratory for Electro-optic Systems and the SRO Satellite Centre.

Aditya Solar wind Particle Experiment (ASPEX): To study the variation of solar wind properties as well as its distribution and spectral characteristics. Study to be conducted by the Physical Research Laboratory.

Solar Low Energy X-ray Spectrometer (SoLEXS): To monitor the X-ray flares for studying the heating mechanism of the solar corona. To be monitored by the ISRO Satellite Centre.

High Energy L1 Orbiting X-ray Spectrometer (HEL1OS): To observe the dynamic events in the solar corona and provide an estimate of the energy used to accelerate the particles during the eruptive events. Study to be conducted by the ISRO Satellite Centre and the Udaipur Solar Observatory.

The Aditya-L1 project has already been approved and will be launched in sometime in 2019-2020. the launch will take place around the beginning of the upcoming solar cycle, an event in which sunspots form and grow on the solar surface, before eventually diminishing over a period of 11 years.