What molten plasma you have.

There’s a hundred things we still don’t know about you.

NASA is (hopefully) launching a probe that’s headed to the Sun on Sunday, 12 August, 2018!

It’s not just the first man-made object of any kind to go as close as it will to the Sun, but also the world’s fastest spacecraft yet. The Parker Solar probe was expected to launch at 1 AM on 11 August, but was pushed by 24 hours to 12 August, after a gaseous helium alarm went off moments before liftoff. 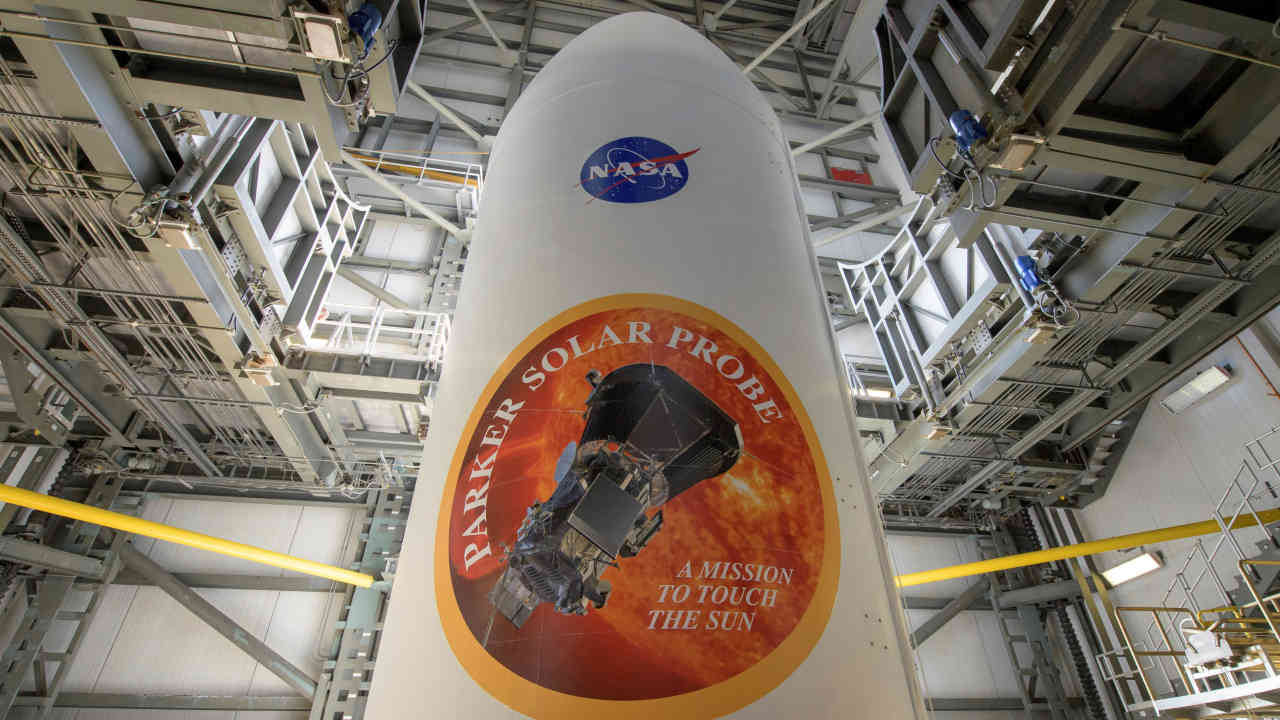 A long, but assisted journey

The Parker Solar probe won't just be the first man-made object of any kind to go as close as it will to the Sun (still 68 million kilometers from the surface). It is also the world’s fastest spacecraft at the moment.

The probe is headed along an interesting trajectory. On its three-month journey from here to touching the Sun, the Parker probe is going to pull some serious Gs in a gravity assist as it orbits Venus several times to gather the momentum it needs while on minimal power to fling itself at the Fiery Beast that is our sun.

Over a seven-year-odyssey around and through part of the Sun, the Parker probe is tasked with finding answers to important and unanswered questions in solar physics. There have been many astronomers and solar physicists have proposed ground-breaking ideas about how the sun really works. The probe has a namesake

Among them is Cambridge Professor, Dr Eugene Parker, a legend in the field of heliophysics, the effects of the Sun on the Solar System. His ground-breaking theories about solar flares, and solar wind, and the magnetic field of the Sun have helped design the Parker Solar probe and its mission to better understand our system’s star, which could very well be the only one we see.

What the probe will look for

One of the important questions the Solar probe is tasked with studying is how solar flares are pushed through the holes in the sun’s atmosphere (called the corona), and travelling at speeds of 80 kilometers per second in any and every direction.

Also on its to-do list is collecting all the data it can from just below the corona, which is, oddly enough, two-hundred times hotter than the surface of the Sun.

There have been two leading theories about why this could be.

The first, that it is a result of electromagnetic waves, which are usually all around us, but likely charged, ionised and dangerous if it has a solar origin.

The second theory proposes that the drastic temperature difference is due to "tiny" little bomb-like explosions, called nanoflares, going off at the surface of the Sun, sending molten gas and radiation in jets through the corona.

If either, or both these theories explain solar flares and the ‘coronal heating problem’ as experts call them, the Parker probe is equipped with all the tools it needs to seek these answers out.

It will weave through the Sun’s atmosphere 24 times to capture the larger picture and help NASA make sense of our solo star.

And the coolest part of all?

The Parker Solar probe, NASA says, will not melt no matter what the Sun throws at it. The probe itself sits inside a Thermal Protective System, which is supposedly the best heat shield ever invented. It is a tough, and thick 4.5-inch canister enclosing the probe, made from a sandwich of carbon-carbon fiber sheets between carbon-composite-foam.

While the side of Parker facing the sun scorches at 1400°C, everything inside it will work in a cushy and comfortable 30°C. To top it off, the probe also has a glossy coat of ceramic finish on the outside to reflect as much of the Sun’s heat away.

The Parker probe is expected to send back data postcards from its journey as early as December this year.

Dr Eugene Parker, who is now in his 90s, had never actually seen a launch in person before, and was invited to wave his namesake up and away on the original day of its launch.