Aditya L-1: After Chandrayaan 2, ISRO to pursue India's first mission to the Sun in 2020

The Aditya L-1 mission, like NASA's Parker probe, will study a major astrophysical mystery about the Sun.

After the spectacularly successful launch of India's second mission to the moon, Chandrayaan 2, the Indian Space Research Organisation is now gearing up for India's first mission to the Sun.

The Aditya L-1 mission, which is currently still in its planning stage, could be launched as early as the beginning of 2020, according to previous reports. After NASA's Parker Solar Probe launched in 2018, Aditya-L1 will be the first probe to make observations crucial to better understanding the Sun. The Aditya-L1 mission is ISRO's first planned probe to study the Sun's corona and its atmosphere. It is expected to launch in 2020 on a PSLV rocket from Sriharikota. The corona is the outer layer of the Sun, which extends thousands of km above the visible disc around it. Interestingly, it has a temperature over a million degrees Kelvin — far higher than the surface of the Sun (which is relatively cooler, at 6000 degrees Kelvin). Why the corona gets heated to such high temperatures is still an unanswered question in solar physics, and something NASA's Parker probe is currently exploring. ISRO's Aditya L-1 will also soon follow suit and study this astrophysical mystery.

The Aditya L-1 mission will observe the Sun's corona using photography and instruments, from its position at the First Lagrange point, also known as L1 Lagrange point. The L1 point is the most significant of five such Lagrangian points, all of which lies partway between the Sun and the Earth — 1.5 million kilometres inside the Earth's orbit.

At any of the five Lagrange Points in our Earth-Sun-moon system, the gravitational forces acting between two objects (like the Sun and the Earth, for example) cancel each other out, therefore allowing spacecrafts to 'hover' if parked here. This hack also allows them to lower their fuel consumption by a lot by remaining in a fixed position relative to an object — even as the Earth orbits the Sun and the Moon orbits both the Sun and Earth. 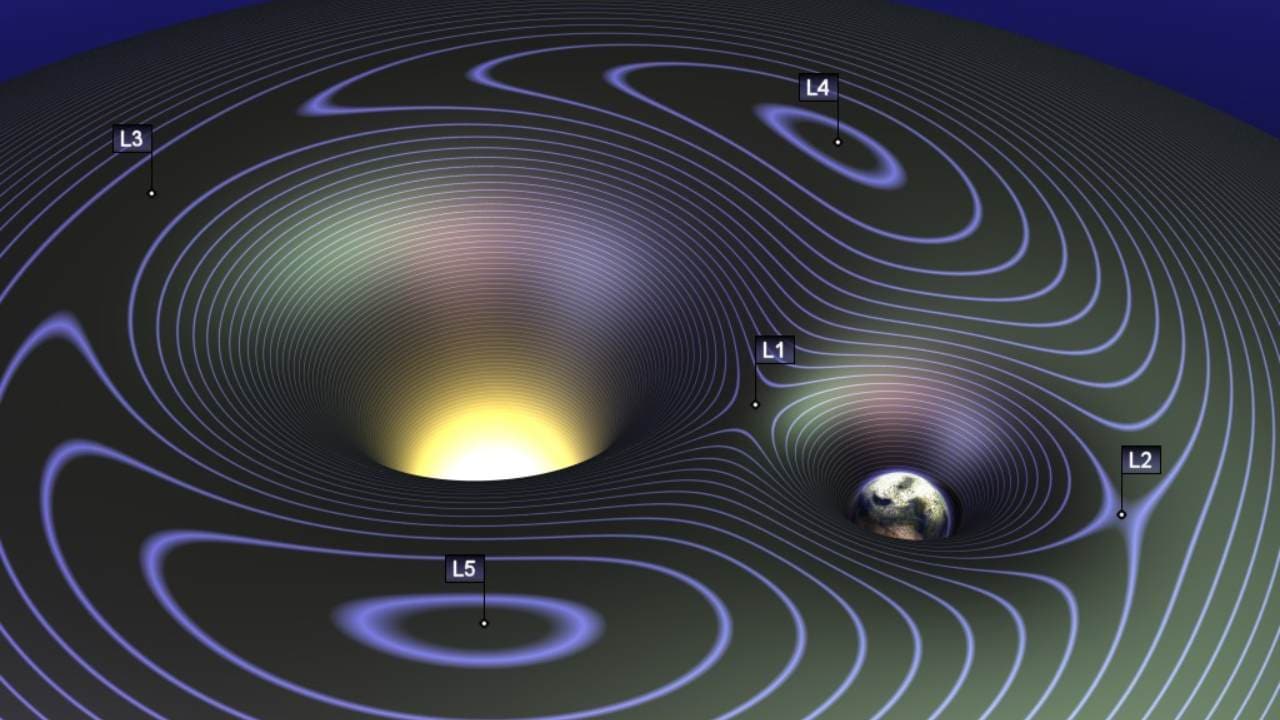 An image of the Lagrange Points shown using gravity wells. NASA's James Webb telescope is positioned in the L2 point, and the confirmed dust clouds are located in L4 and L5, equilateral to the Earth and Moon. Image courtesy: Monde

The ambitious mission is being planned days after the ISRO launched Chandrayaan 2, the first-ever Indian spacecraft which would make a soft-landing on the moon.

The spacecraft is expected to reach the Moon by August but will attempt a soft-landing by 7 September, at the end of a 48-day journey from the time of its launch. If successful, Chandrayaan 2 will make India only the fourth nation after the United States, Russia and China to make a soft-landing on the moon's surface.