The Sony headphone looks quite ordinary with all plastic and yet sturdy construction. Sony WH-CH700N is a good Bluetooth wireless headphone with good sound, long battery life and sturdy built. However, the noise cancellation is average and not suited for daily commute.

Sony released its latest mid-range wireless noise cancelling (NC) headphone, the WH-CH700N, at the end of 2018 in India. The CH700N is the affordable variant of the more powerful WH-1000XM which was seriously impressive. Having reviewed its top of the line WH-1000XM previously, we wonder what the 700N series has in store for us apart from just the lower price tag.

Sony uses 40mm Neodymium dome drivers in their WH-CH700N Wireless Noise Cancelling Headphone. The headphone looks quite ordinary with all plastic and yet sturdy construction. The ear cups can rotate for easy storage. The design aesthetic is visually different form the 1000XM. Comfortable though can get sweaty after long usage.

Comfort wise, the headphones have a synthetic material on the ear cups that press around the ears for a good seal. While that is understandable for active as well as passive noise cancellation, it does tend to fatigue the ears after a while, also you’d tend to sweat behind the ears in a tropical country like India. The convenience of NFC

In the box, Sony has included only the basics, a 3.5mm L-shaped aux cable and a Micro-USB charging cable. The left ear-cup houses the I/O essentials (input/output). Here you have the power button, the micro-USB charging port, 3.5 mm aux input for a wired connection and the important noise cancelling switch. The right ear-cup has the controls for volume, taking a call, play, pause, and skip track and rewind/fast forward.

All the controls are easily accessible and are tactile friendly, you’ll not once mistake one button for another by touch alone. However, it is easy to press the power button when trying to adjust the headphone which causes the headphone voice to let you know the power status. While helpful, it can get rather annoying when simply trying to make adjustments. The app does have some useful features

The Sony Headphones Connect app (rebranded Songpal) on the other hand didn’t do much to improve audio, other than the EQ with useful presets and visual representation, the apps’ surround sound mode which actually ruined the audio than enhance or add something interesting. Also, the Digital Sound Enhancement Engine (DSEE) did not produce any observable sound difference with it on or off. Am I missing something here, Sony? Or are these pretty much redundant features? The controls are conveniently placed and are tactile friendly

The overall sound of the Sony WH-CH700N is quite good. What you get is an enjoyable headphone experience with it powered on. In the power-off mode, while attached to the 3.5mm cable (in case batteries run out), the headphone sounds drastically different. It lacks all the lustre, polish and enjoyment in power-off mode though. 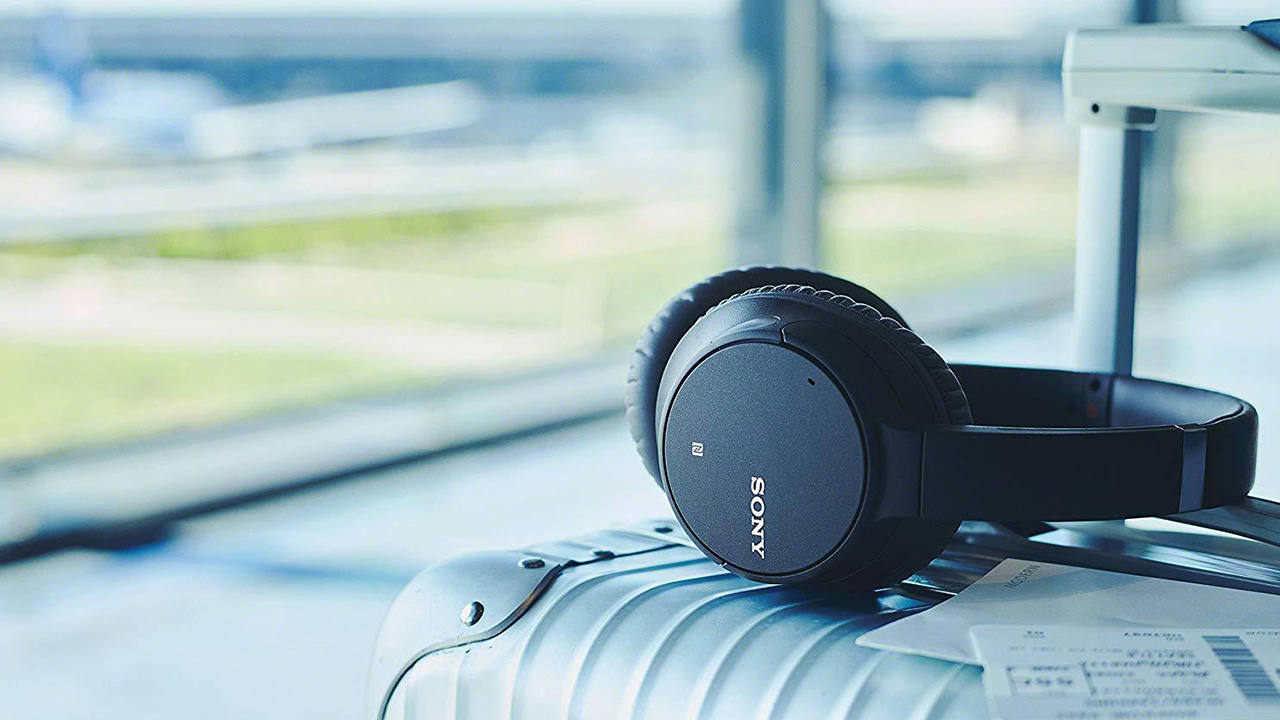 The overall sound of the Sony WH-CH700N is quite good. Sound wise the Sony WH-CH700N bass is enhanced with deep bass and punch but not so much to overpower the sound.

Sound wise, the Sony WH-CH700N is enhanced with deep bass and punch, but not so much to overpower the sound. The mids seemed recessed as they take a bit of a back seat, but not by much. The highs are a tad notched up though not too sibilant. While the sound does have a V-shape with the bass and highs enhanced, it is managed well without any excessive exaggerations. 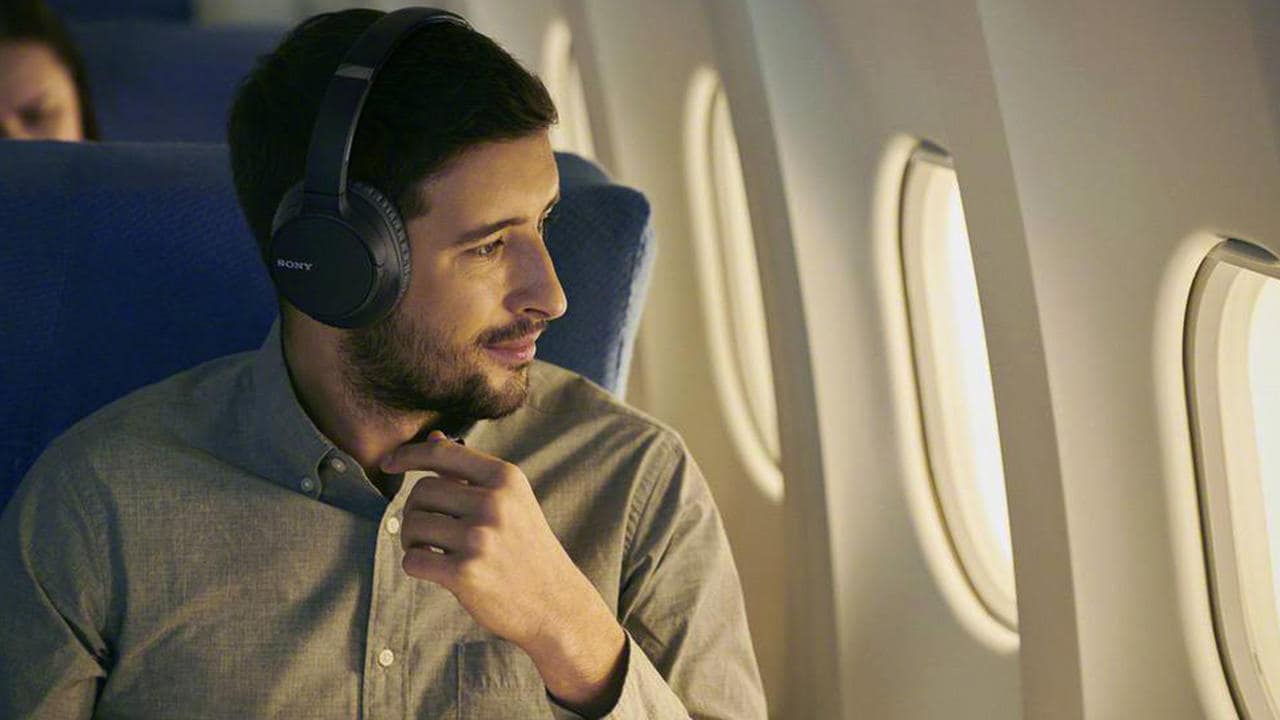 Due to the closed back nature, expect passive noise suppression too.

Since this is a closed headphone, it does have a typical closed sound with decent sound stage though not as small as the Audio Technica ATH-M50’s do (full review). Due to the closed back nature, expect passive noise suppression too.

The Sony WH-CH700N is actually quite average at noise cancellation. While we don’t expect it to perform like Sony’s top-end WH-1000XM in terms of the noise cancellation performance, at the same time it did not impress either. 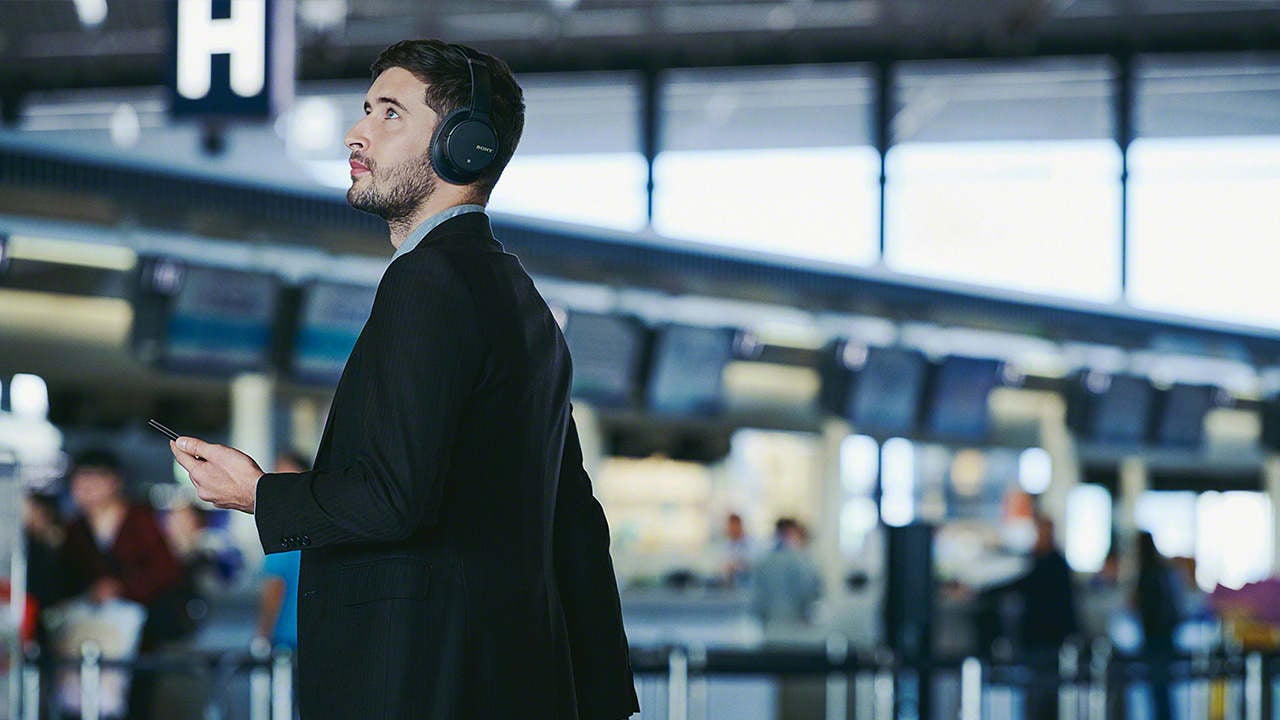 So what really does get cut off? The low rumbling sounds, like aeroplane noise or low rumbling engine sounds of the traffic.

What stays on? The honking, people chatter, claps, etc., all can be heard clearly with a bit of muffle to them.

Surprisingly, while in a moving vehicle with noise cancellation switched on, the wind noise gets enhanced quite a bit, which could be heard even over and above the music played. However, with the NC off, one could barely hear any wind noise at all. While active noise-cancellation measures the ambient noise via a microphone to cancel out external noise, we wished Sony had done a better job regarding the wind noise. This means that if you ever think of using these headphones in a crowded train next to the window or in the car with the windows rolled down, you’d be better of with the NC switched off rather than on.

One thing of annoyance was the long vocal mode switching voice announcements when NC was turned off or on. During the announcement, nothing can be heard for three seconds or so, in case you inadvertently touch a button when taking a call/listening to music/seeing a video you wouldn’t hear anything other than Sony lady telling you something which a quick beep could’ve done. The mic cannot pick up and separate speech from noise in moderately loud places.

The call quality is a mixed bag. I expected the usual issues of my voice sounding distant when talking, but pleasantly this was not the case. The listener on the opposite side could hear me clearly and could barely distinguish between regular phone usage vs the Sony WH-CH700N wireless headphones in Bluetooth mode. However, don’t expect the same clarity in noisy environments. The mic cannot pick up and separate speech from noise in moderately loud places. I expected the usual issues of my voice sounding distant when talking but pleasantly this was not the case.

The battery on the Sony WH-CH700N lasts long. And I mean incredibly long. I used it for days without charging it. Sony claims the battery can last for 35 hrs with continuous music playback time, which is impressive and it shows. Expect to get more mileage with the Noise Cancellation off.

Looks like Sony pushed the same battery tech in its premium WH-1000 XM headphone in this one too. But don't expect fast charging of the headphones when the battery is depleted. It takes a good seven hours for a full charge. 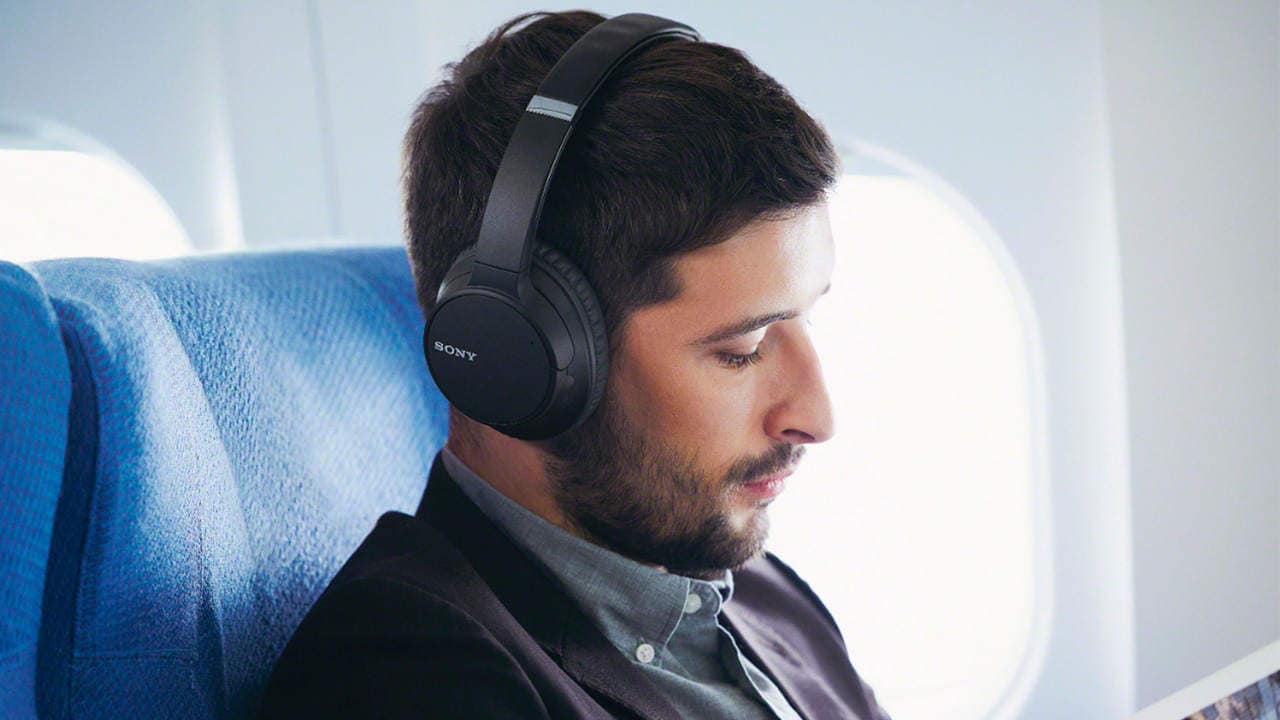 Expect to get more mileage with the Noise Cancellation off.

Sony’s WH-CH700N Wireless Noise Cancelling Headphones are good Bluetooth headphones. They sound good, are enjoyable and the battery lasts really long. The comfort can vary depending on you. Noise cancellation, though, is average and is not suited for a daily commute.

What is Bluebugging and how do hackers use it? Learn how to secure your devices