Fiddlers would love the Sony Headphones Connect app that lets you tinker with the EQ, sound profiles and increase/decrease the amount of ambient noise. The headphone market is huge and with so many entrants and products in the field. Not to mention, the different types of headphones.

The niche noise cancellation market has lesser competition and even lesser products that compete in the quality segment. The Sony WH-1000 XM2 is one such unique wireless Bluetooth headphone that stands distinctively from its competition.

Looks wise, the Sony WH-1000 XM2 is almost identical to the MDR-1000MX but with a textured hard plastic feel instead of the premium leather feel of the latter. The fit is quite comfortable with soft ear pads and a really tight seal to achieve the noise cancellation, both active as well as passive. The headphone is smartly designed to be collapsible for maximum portability. The Sony WH-1000 XM2 is packed with very relevant and thoughtful features not seen in Bluetooth headphones before.

You can hold your hand over the right ear cup and magically you can let the outside world in. This handy feature has been made with keeping in mind that active, as well as passive noise cancellation, muffles outside voices quite drastically. This feature ensures you don’t have to remove your headphones when speaking to someone quickly. 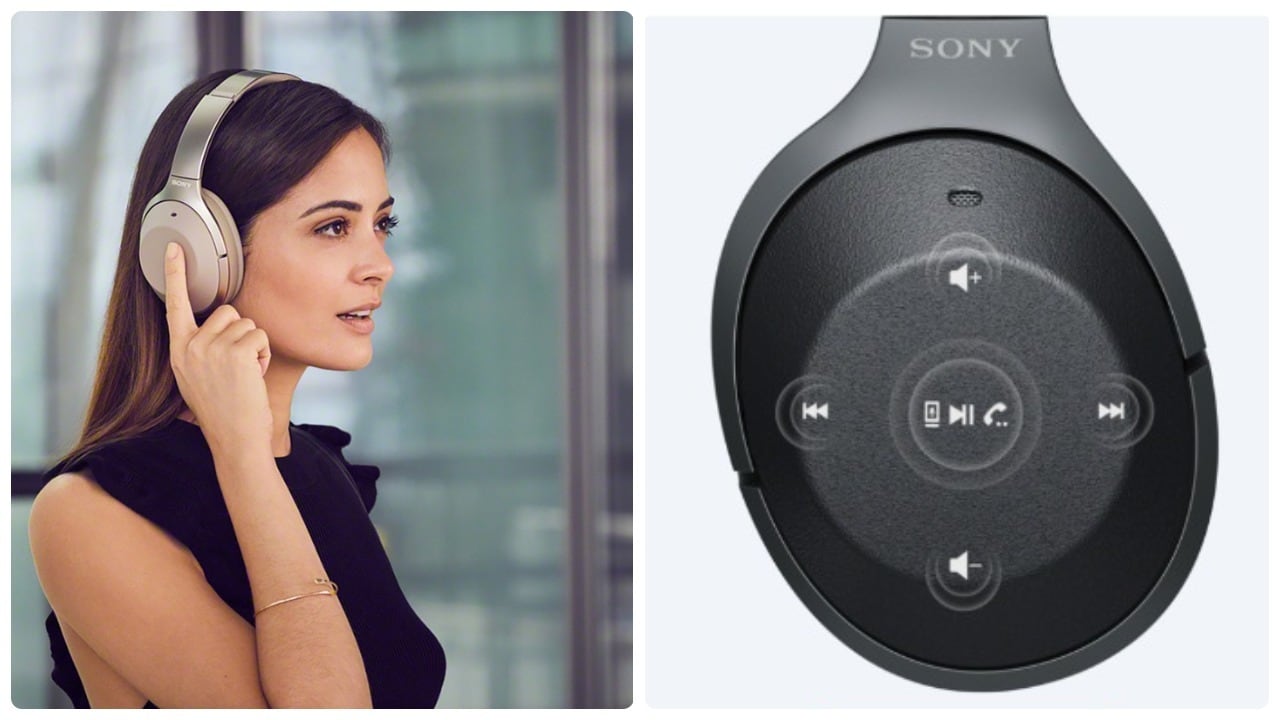 The Sony WH-1000 XM2 has a very interesting touch-based interface to operate the headphones. Tap on the side of the headphone to control the volume, calls and voice commands. This definitely will need getting used to (it isn't as touch responsive as a touchscreen phone), you'll experience a lot of accidental taps which are frustrating and funny at the same time (especially to another person). The basics of the setup.

The buttons on the side that are responsible for switching between modes will need some getting used to as the buttons are quite subtle and need a hard press to get them working. All the essential buttons on the side are hard to press though.

The noise-cancelling optimisation feature lets one tailor the headphones to better to one's fitting. Say, for instance, you have spectacles on or different haircut, you can adjust the headphone seal via the app.

Fiddlers would love the Sony Headphones Connect app that lets you tinker with the EQ, sound profiles and increase/decrease the amount of ambient noise, perfect for not missing out important public announcements at airports/trains stations. Sony has really given it quite a thought. The surround modes are a laugh, it made the audio sound worse. Most of these gimmicky enhancements don’t help in my experience or are very situational at the least.

The noise cancellation is good, very similar to Bose Quiet Comfort series. However don’t expect zero noise cancellation, the technology is good at muffling the sounds around you well, such as conversations in a coffee shop can be heard from you but at a much-reduced volume. The noise cancelling with music on works really well.

During quieter mental time without music, you’ll notice that the headphones cancel out the lower rumbling frequencies quite well, it is the mid frequencies (voices) and the highs (loud car horns) that get muffled but are definitely present. Yes, the “aeroplane effect” of sound pressure change is definitely present.

Interestingly, during meditation sessions, you can hear your own body frequency well which is audible only in quiet environments generally. The sound pressure can get unpleasant if you are not used to as you’ll get a feeling of your ears getting sucked in.

With the headphones noise cancellation on, I noticed it kept shutting down after 5 minutes. At first, I thought it was a battery issue, I later came to realise that it is a feature to conserve battery. If however, you want noise cancellation on throughout, you’d have to go into wired headphones mode by plugging in with a 3.5 mm jack, as if to fool the headphones into thinking you are doing something and not to turn off. This has got to be the silliest feature/drawback for a noise cancelling headphone.

You get a smartly designed box to fold the headphones in, and a USB 2.0 the charging cable. The Sony WH-1000 XM2 can be connected directly to the computer too. 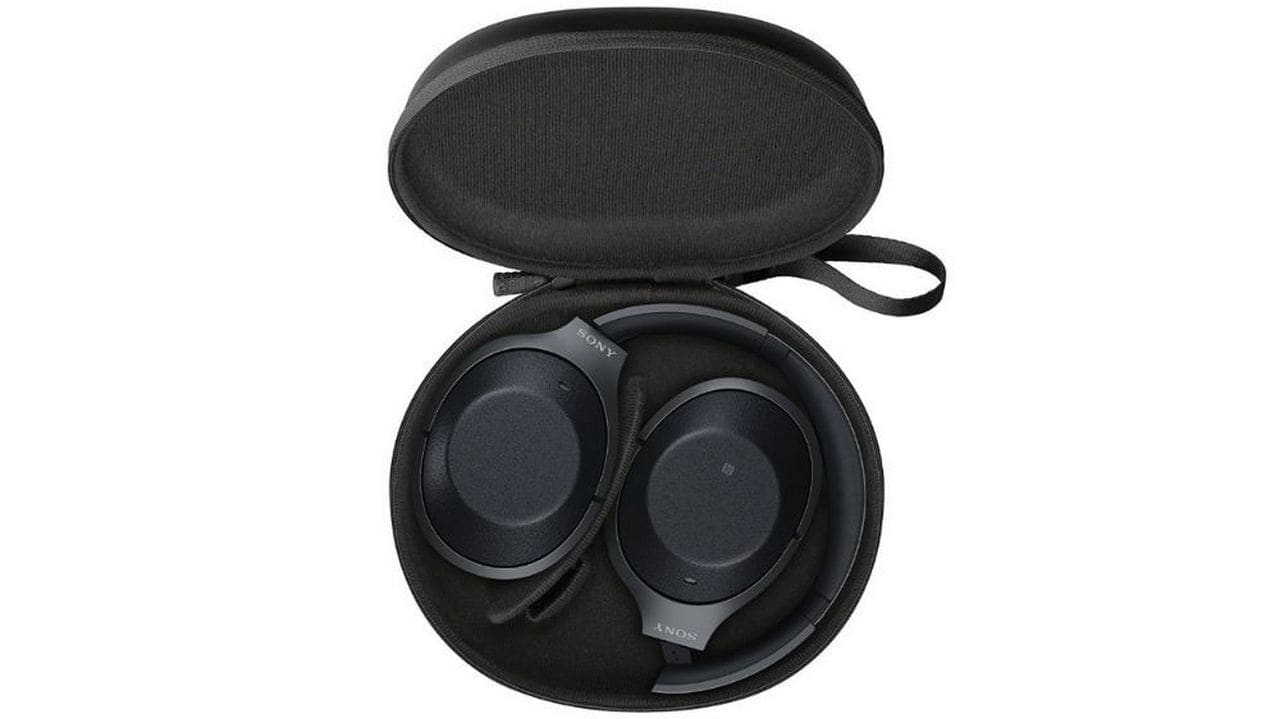 Packaging is thoughtful and comes in a sturdy carry case

At first impression, I personally didn’t like the sound much. While no slouch, the sound of these headphones is more natural without edging towards any frequency much, it has good detail and good bass. However, the sound only picks up with EQ and LDAC app feature tuning.

At the same time, it felt like the sound is rather plain lacking lustre, especially when comparing to better grade wired headphones around the same price. However, these are noise cancelling headphones first, coupled with cable speakers that have quite the wide frequency range 4 Hz-40,000 Hz but drops down to 20 Hz–20,000 Hz in Bluetooth mode.

And for those wondering, no it doesn’t sound any better in wired mode, at least not perceptibly.

Call quality was good overall. During a call, the mic tended to catch all audio to the receiver on the other end which is usually a problem prevalent with this kind of side-mic placement. Also, calls can sound harsh if you have noise cancellation on, then suddenly from quietude, the mic funnels in all audio coming into the headphone speakers. I'm sure Sony can do a better job at catching voice from the user. The Sony WH-1000 XM2 has a long battery life. It is rated at 30 hours and can definitely give about 25 hours on a single charge (depending on volume) which is amazing. It can give about an hour of usage with just 10 mins of charging which is fantastic usability.

Verdict and Price in India:

If you are in the market for the top of the line noise cancelling Bluetooth headphones, these headphones ought to be your first choice. Competitors like Bose QuietComfort 35 II are on the same level in terms of quality and price. You’ll find cheaper noise cancelling headphones such as Bose’s and Sennheiser models where noise level cancellation will vary. However, for the incredible features in one package and if you are up for the price of Rs 31,000, you won’t be disappointed.

For those thinking, “Hey, I’d get a really good headphone with noise cancelling as an added feature” would be sorely disappointed.

This is a noise cancellation headphone wonder first. For a Rs. 31,000 headphone it would disappoint you sorely from an audio perspective, though it is no slouch.