Realme's shipments went up by a whopping 400 percent since last year.

If the latest IDC report on smartphone shipments in India are to be believed, and we see no reason not to, Samsung is in trouble.

Samsung, once India's largest smartphone maker, slipped to second place in 2017, ceding the title to Xiaomi. While Samsung is still hanging on to second place, it may not continue to do so. The report reveals that Samsung was the only company in the top five to have lost marketshare since last year. It's overall marketshare has fallen from 22.6 percent to 18.9 percent. Shipments have also fallen by 8.5 percent compared to this time last year. 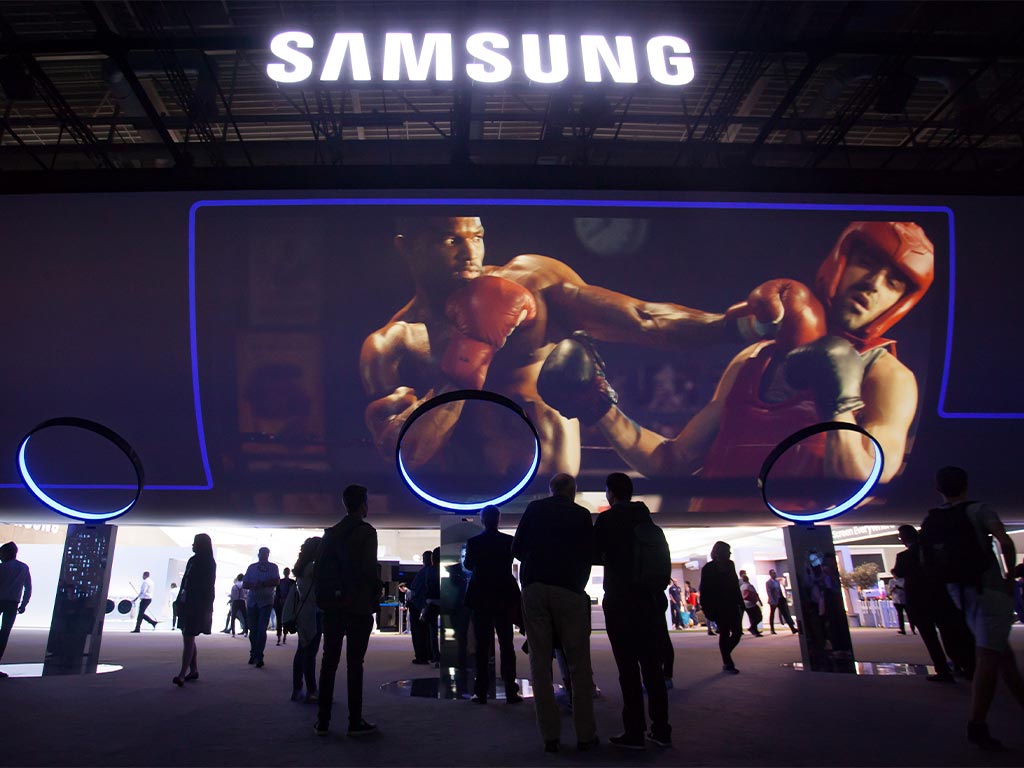 Xiaomi also saw a slight drop in marketshare (0.2 percent), but it was rivals Oppo, Realme and Vivo that saw the largest gains. Realme in particular saw a tremendous surge in demand, with shipments going from 1.3 mn in Q318 to 6.7 mn in Q319. Its marketshare has gone from 3.1 percent to 14.3 percent. Oppo and Vivo saw shipments increase by 92.3 percent and 58.7 percent respectively. 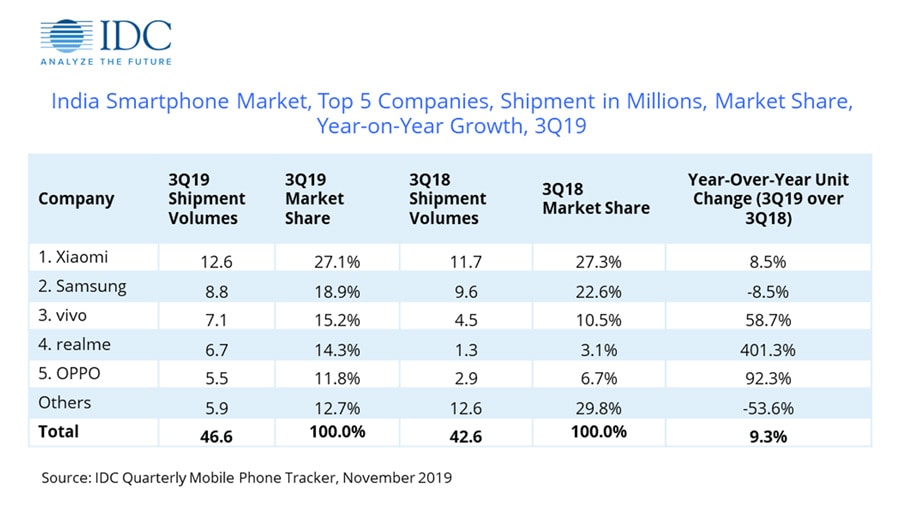 The report also adds that Xiaomi sold four of the top five phones in India, with the Redmi 7A and Redmi Note 7 Pro leading the charge. The Redmi K20 series also made its presence felt. Oppo's A5s took fifth place.

Samsung's appears to be a tale of woe, with delayed updates to the A series apparently hurting shipments and marketshare. The one silver lining, according to IDC, is that there appears to have been some demand for the Galaxy M30s. 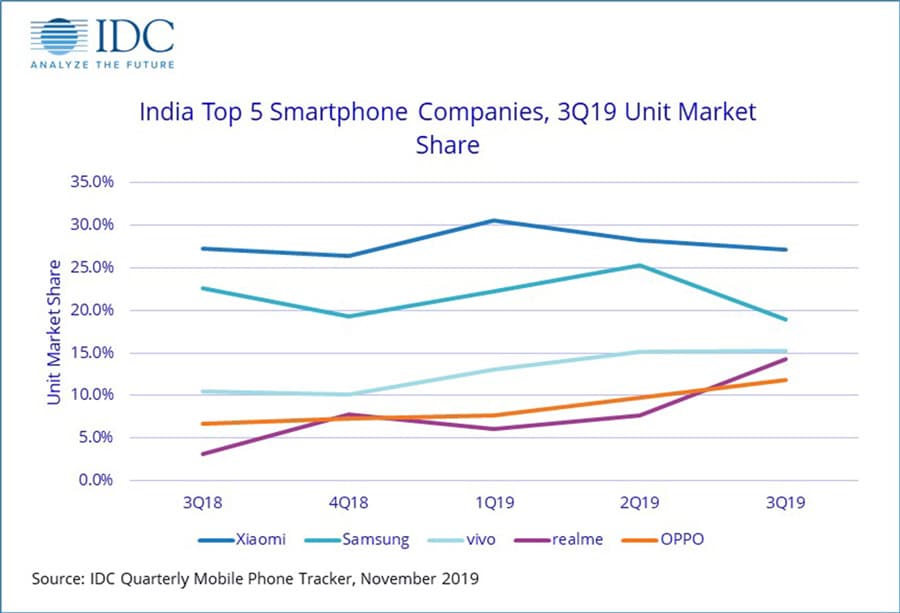 Samsung still retains second place in India, but it's rapidly losing ground to the likes of Realme. Image: IDC

Given that Oppo, Realme and Vivo (and OnePlus) are part of the same giant company, BBK Electronics, its combined marketshare stands at over 40 percent.

Looking at the trends, it seems quite likely that Realme will steal second place from Samsung, relegating it to third, and this is assuming Oppo and Vivo don't continue to gain marketshare at the rate they currently are.