There's no news on the internals of the Mi Note 4 yet apart from the presence of a dedicated AI button.

A recent report told us that the Mi Mix 3 will very likely launch on 15 October. A new poster now reveals that Xiaomi may not just launch the Mi Mix 3 at the event, but a second smartphone as well.

The second smartphone, which many believed to be called the Xiaomi LEX, is now expected to in fact be the Mi Note 4. As it appears from a poster found and reported by itHome, LEX was likely just an internal codename for the smartphone. All of this, however, does make sense since Xiaomi had done a similar thing while launching the Mi Mix 2 in China last year. While nothing much about the Mi Note 4 is known to us so far, we do know that it will feature a dedicated button to trigger Xiao AI, Xiaomi's proprietary AI voice assistant in China. But considering the Note 4 will be succeeding last year's Mi Note 3, the internals are expected to be quite powerful, if not absolutely top-of-the-line. 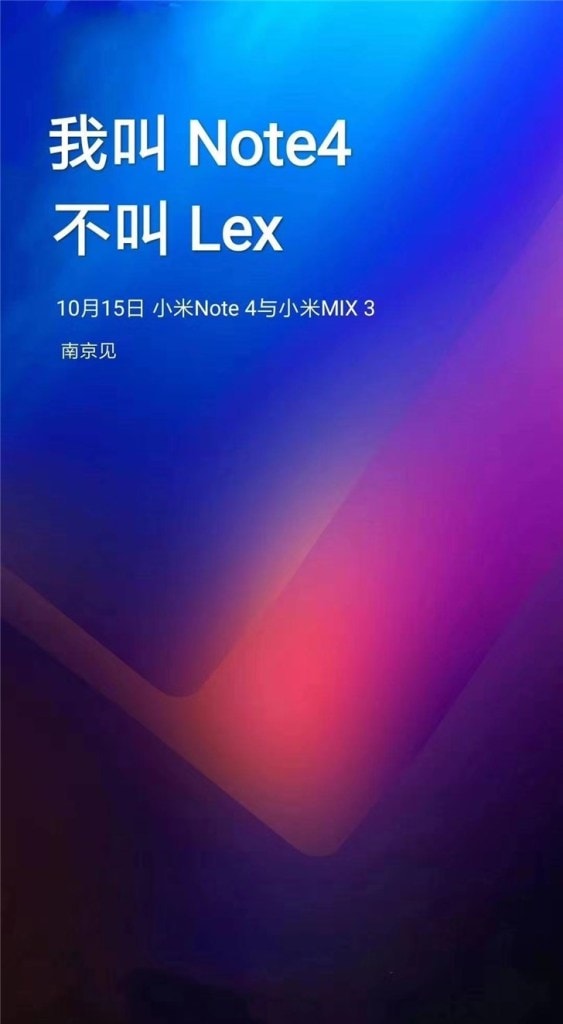 Poster 1: Reveals that the LEX is actually the Mi Note 3. Image: itHome

A second poster was also found by the publication, which reveals a bit more information about the 15 October event. The poster states that the Mi Mix 3 will launch in Nanjing, Jiangsu Province. The background of the poster also suggests that the Mi Mix 3 may be made available in an aurora colour variant. 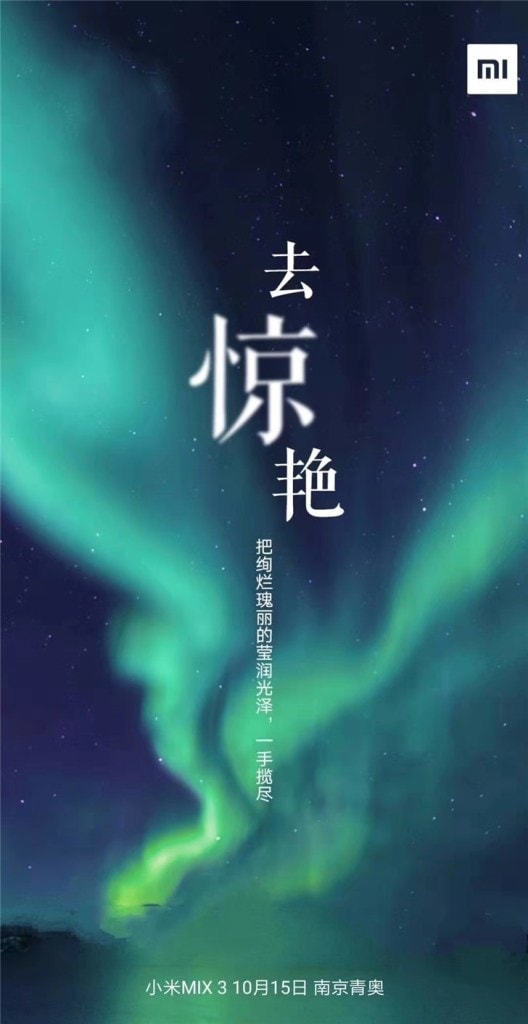 From what we know so far, the Mi Mix 3 will have a slide-up camera, a Qualcomm Snapdragon 845 processor and a bezel-less display. Considering the Mi Mix 2 was brought to India last year, Xiaomi is expected to bring the Mix 3 to India as well.