Just when we thought that megapixel marketing gimmick was behind us, smartphone makers seem to be focussing on higher MP numbers for their camera sensors.

Chinese smartphone maker Xiaomi just unveiled its 64 MP smartphone imaging technology at the Xiaomi Future Image Technology Communication Conference event in Beijing today. The 64 MP camera is powered by Samsung's GW1 64 MP sensor. Xiaomi plans to include this 64 MP sensor in one of its upcoming Redmi phones before the end of the year. It could be the Redmi Note 8 series. The logo of Xiaomi is seen inside the company's office. Reuters

The GW1 sensor comes with smart ISO feature which is supported by Dual Conversion Gain (DCG) technology. In layman's term, the technology will help the phone adjust the ISO sensitivity of the sensor based on the ambient light to ensure minimum noise in the overall image output. With a 64 MP image, ISO noise can really wreck an image in low light situations. So hopefully, the DCG tech is aimed at ensuring this isn't a problem. The Samsung GW1 sensor packs in 38 percent more pixels than a 48 MP sensor.

The 64 MP images are expected to have a resolution of 9,248 x 6,936 pixels, with the size expected to reach around 19 MB per image. The sensor size would be 1/1.7-inch with 1.6-micron pixel size. In order to reduce the crosstalk between closely packed pixels, the Samsung GW1 sensor will come with isolated cells with a physical barrier between pixels so that each colour pixel ensures that light only reaches the photodiode associated with it and not hit the photodiode of another colour. 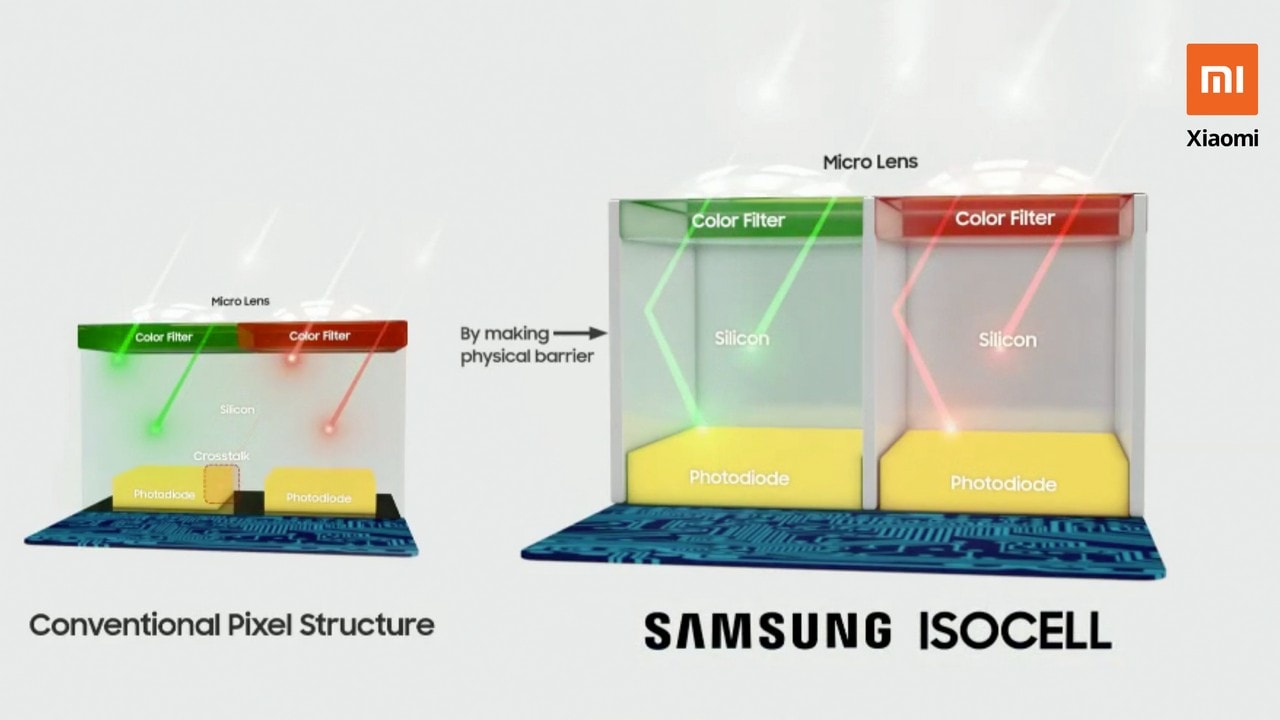 Towards the end of the event, Xiaomi also dropped a hint of a possible 108 MP sensor on an upcoming Mi smartphone, according to XDA Developers.