Xiaomi Redmi Note 6 Pro is said to be equipped with Qualcomm's Snapdragon 636 SoC along with 4 GB RAM.

Xiaomi has finally revealed the launch date of its upcoming phone, Redmi Note 6 Pro. The phone is set to launch in India on 22 November at 12 pm.

There's is a media invite that has been sent out revealing the same and also Xiaomi's Global VP and Managing Director of Xiaomi India, Manu Kumar Jain has posted a tweet mentioning the launch details of the phone. The poster teaser along with the tweet has an extremely intergalactic feel where the number '6' can be clearly seen. The poster says, "The new Note Rises". Also, there's a human-like figure popping out of the phone's notch, we wonder what is the reason behind that!

Mi fans! Today's first #Super3 announcement is here for you:

Join us on the countdown now: https://t.co/xNckxFtDXp

There is also a link to the countdown page. On the page, it has also been revealed when the first Redmi Note 6 Pro sale in India will take place which is on 23 November starting at 12 pm.

The Redmi Note 6 Pro was recently introduced in Thailand for a price of THB 6,990 (which is roughly Rs 15,599). The main highlight feature of the Redmi Note 6 Pro happens to be the quad-camera setup the phone has which included two at the back and two in the front. 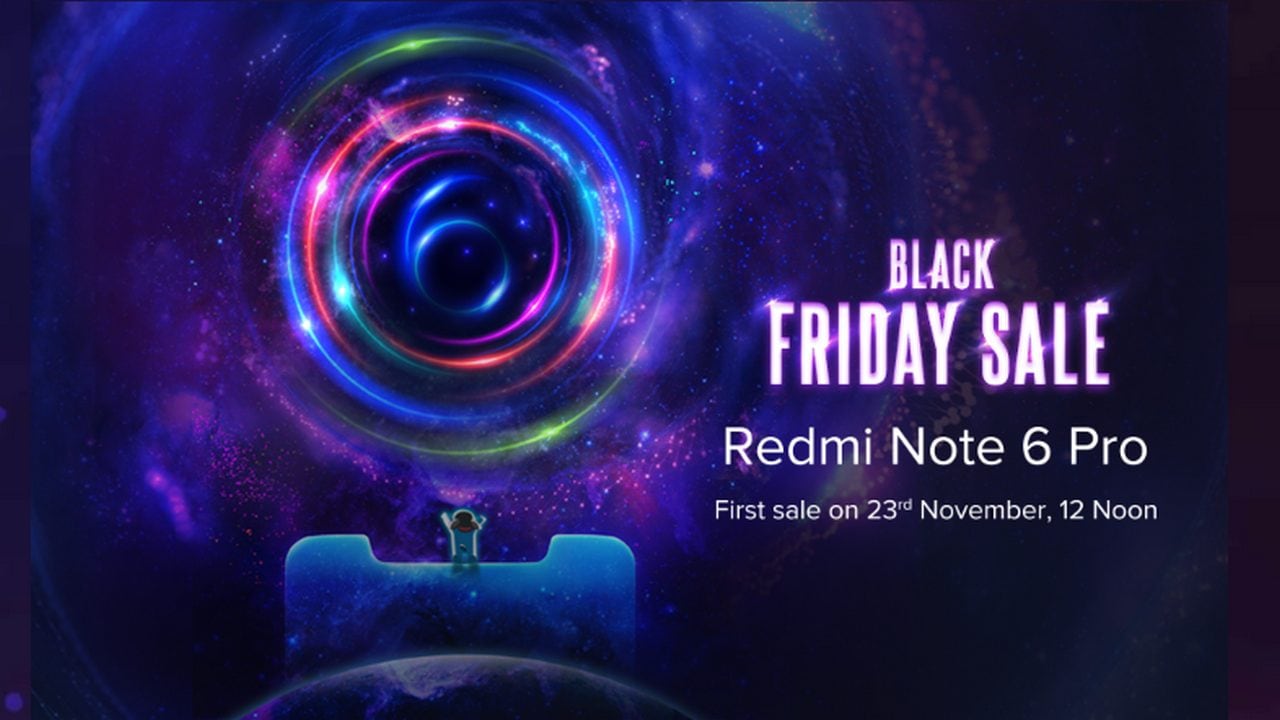 Here's a refresher of the phone specs. The phone will come with a display size of 6.24-inches with FHD+ resolution and a screen-to-body ratio of nearly 87.6 percent.

It is said to be equipped with Qualcomm's Snapdragon 636 chipset along with 4 GB RAM plus 64 GB internal storage. There are also going to be more variants of the device.  The phone will be running on Android Oreo out of the box with MIUI 9.6 custom skin applied on top.

In the camera department, we now see a 20 MP and 2 MP front camera module while on the back side there are 12 MP and 5MP snappers with LED flash and f/1.9 aperture.

Powering the device is a 4,000mAh battery which happens to be the same on the Redmi Note 5 Pro.

Connectivity options include dual-SIM 4G LTE, Wi-Fi, Bluetooth 5.0 and GPS. There is a micro USB 2.0 port for charging and data transfers and it also has a 3.5 mm headphone jack as well.