Redmi Go will be available for purchase starting 22 March at 12 noon on mi.com.

At a launch event in New Delhi today, Xiaomi unveiled its most affordable and its first ever smartphone that runs Android Go — the Redmi Go. The phone costs Rs 4,499, and seems like a good offering for those who are upgrading from a feature phone to a smartphone for the first time, or the parents and grandparents who insist that “beta main toh mobile sirf phone uthane or kaatne ke liye use karti hun”.

But what do you get with the Redmi Go, and does it feel worth that 4,500 bucks? Here’s what I found about the device in my first impressions. First of all, for a smartphone that comes with a 3,000 mAh battery, the Redmi Go is really light. It has the perfect size, it’s compact, but the display size is good enough to watch movies on, play PUBG, watch YouTube videos, or do all the Tik-Tok you want. The Redmi Go has a 5-inch LCD display with HD resolution which seems sufficient given its pricing.

Also, because the phone’s edges are curved inwards, gripping onto the phone is easy. It curves the way the insides of your palm does. The back of the device surprisingly features a metal finish and this new blue colour variant makes it look vibrant and interesting.

Another detail I noticed, was that at the back of the Redmi Go, all you see is an 8 MP sensor and a flash next to it. Rest of the back looks neat and clean. There is a faint Xiaomi logo, but you can spot that only when light falls on the phone on a certain angle. And oh, you don’t need to keep wiping the back of the Redmi Go as it does not get smudged easily.

Since I mentioned the camera, the Redmi Go sports an 8 MP primary camera, which is accompanied by an LED flash. The rear camera supports 1080p video recording. Similar to how there are camera filters on the iOS camera app, this Rs 4,500 phone also offers you seven different filters in the camera app. Now that isn’t out-of-this-world in terms of quality, but it certainly is a fun feature to have in your camera app. 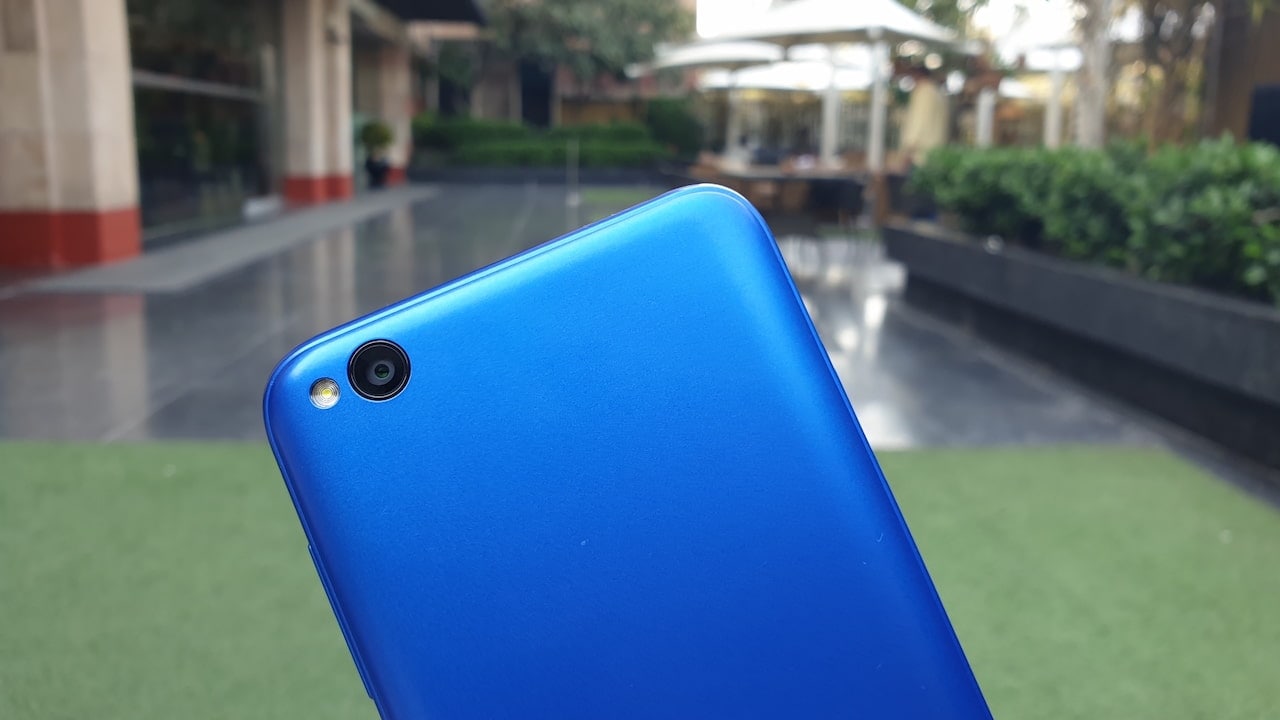 I snapped a few pictures from the phone at the event venue, and I found that the daylight images from the Redmi Go are quite decent. The colours look good, there’s also a certain level of clarity maintained. In low-light, however, the pictures did get a bit grainy.

With the front camera, which has a 5 MP sensor, the selfies were surprisingly good in daylight. The colours look pretty close to the real-life ones, and they aren’t noisy as well. The front camera also comes with an Auto-HDR mode, which again helps you get sharper videos. 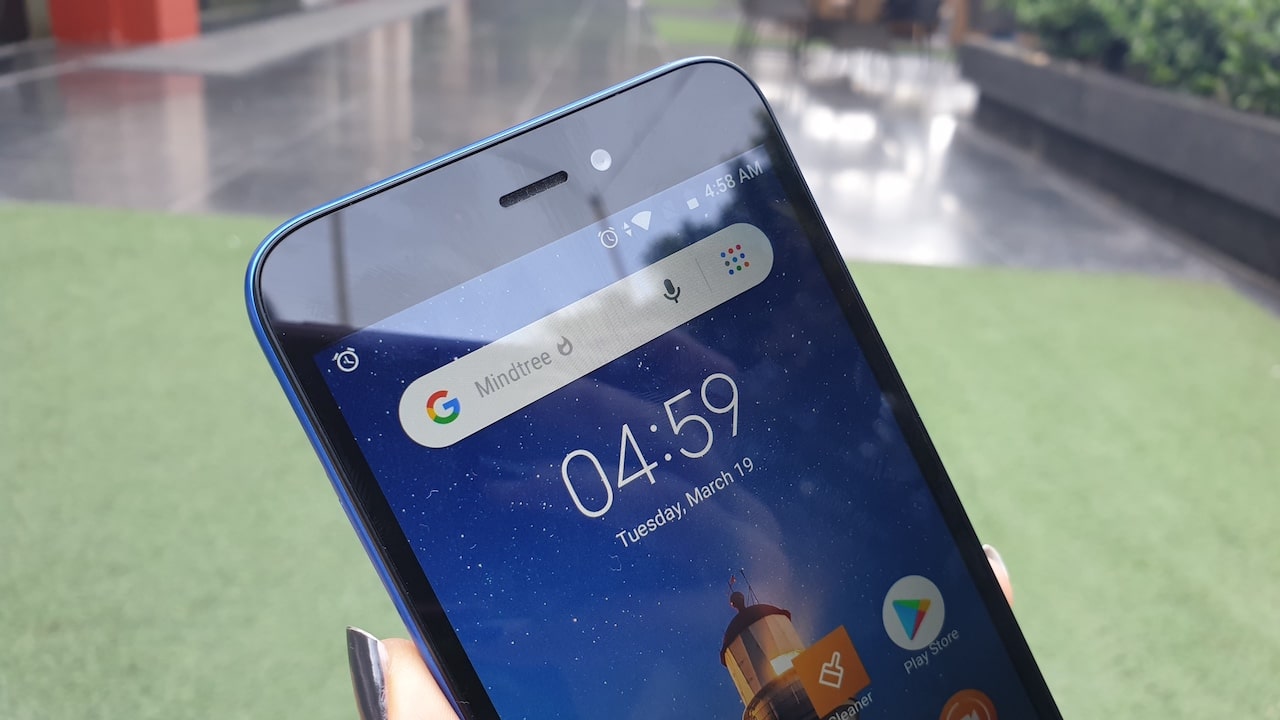 Below are a few images and video samples that I clicked from the rear and front camera of the Redmi Go. Now, coming to the performance, since I used the phone only for a short while, I couldn’t exactly run any benchmark tests on the device, but I did go through the phone, switched a lot of apps, deliberately opened and shut new apps, and was surprised to find no lag or app crashes. Guess the Snapdragon 425 SoC and Google Android Go are made for each other. I must also mention that in a world where 6 GB of RAM on phones has now become a very normal specification, the Redmi Go comes with 1 GB of RAM. Of course, the device is not exactly meant for gamers, but the UI experience was pretty smooth, and the device’s RAM definitely has a roll in it. When I went live on Facebook with the Redmi Go, a lot of viewers asked me if the phone will even be able to run a lot of apps because it has only a gigabyte of RAM. For anybody who has that question, the Android Go platform that Redmi Go runs on, is specially designed for smartphones less RAM. Android Go, has its own featured apps, which are much lighter than the usual apps that we use on a mid-range or a premium smartphones. 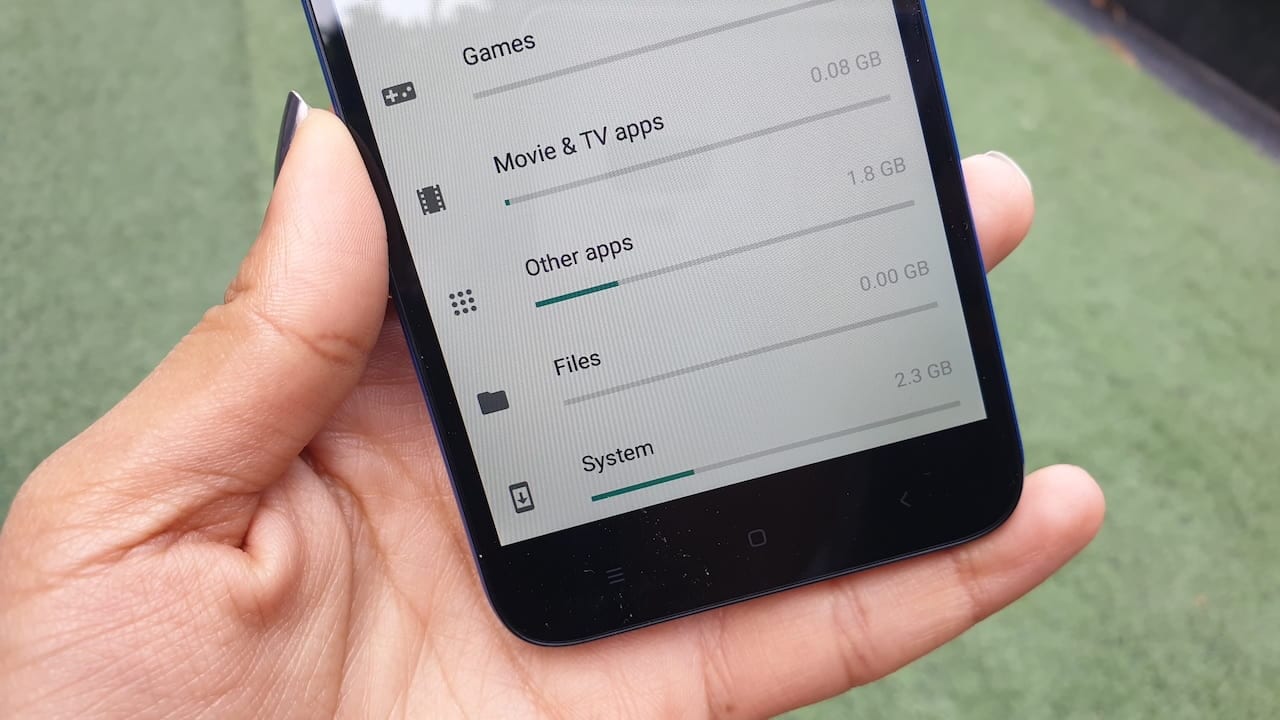 I checked the system space of the device, while it has 8 GB of onboard storage, 2.3 GB is consumed by the system. The internal space on the phone can be expanded up to 128 GB using a microSD card. 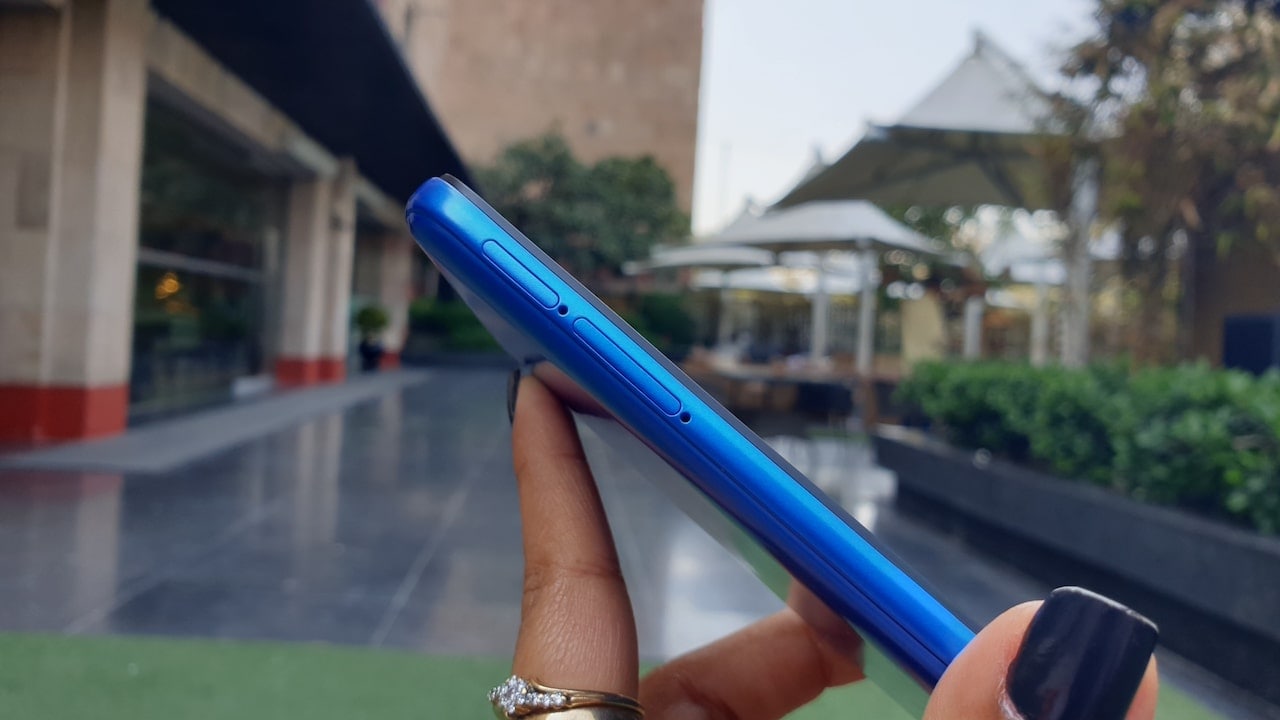 Redmi Go is powered by Android Oreo Go edition and has a lot of apps in its kitty that are compatible with the device. I checked the featured app for the device (you can see all of them in the GIF below) and it has a long list of them including Facebook Lite, TikTok Lite, Twitter Lite, Telegram, YouTube Go, Google Maps Go, Files Go, among others.

I must also mention, the Redmi Go comes with dual-SIM support, and the smartphone comes with support for 20 regional languages.

While it would be best that I reserve the verdict on the Redmi Go till we review the smartphone, the entry-level smartphone surely impressed me. The smartphone has the Nokia 1 and Samsung Galaxy J Core to compete with, both of which are priced a grand or two higher than the Redmi Go. Can Xiaomi bypass the competition in this segment as well? Stay tuned for the review!