Xiaomi will launch its much awaited Mi Mix 2 at a launch event on 11 September 2017.

Xiaomi will launch its much awaited Mi Mix 2 at a launch event on 11 September 2017. Mi Mix 2 one of the most awaited smartphones in 2017 as it is likely to improve on its nearly ‘bezel-less’ design that Xiaomi showed off with the Xiaomi Mi Mix last year. This design caught the fancy of smartphone makers across the globe and most companies are busy copying the ‘bezel-less’ design in their flagships. This is not limited to Android device makers like Samsung, LG or HTC but according to rumours and leaks, Apple will also adapt the bezel-less design in its upcoming flagship.

According to a report by GSMArena, alleged leaked images of Xiaomi Mi Mix 2 hint that the smartphone may run Android Oreo 8.0 while being powered by Qualcomm Snapdragon 836. Other details point towards a 6.2-inch screen with a 2960x1440 pixel resolution along with 3D facial recognition and 4,400 mAh battery. The screenshots also hint that Xiaomi will launch 256 Gb internal storage variant.

The leaked images seem to be originated from Chinese microblogging website points towards a redesigned settings interface, more likely in the ‘About Phone’ section of the phone where you will find almost everything related to the phone. This comes days after it was reported that Mi Mix 2 will come with a 3D-face scanning technology, MIUI 9, dual camera setup along with a curved AMOLED display. 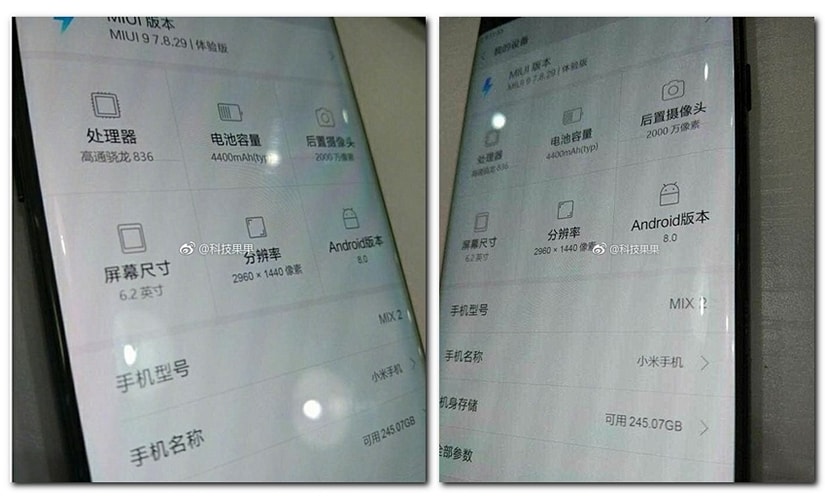 Xiaomi Mi Mix 2 is likely to be an improvement over the Mi Mix 1 as the first generation of the smartphone packed a 6.4-inch display with an edge to edge design, meaning there are no bezels at the top and sides. 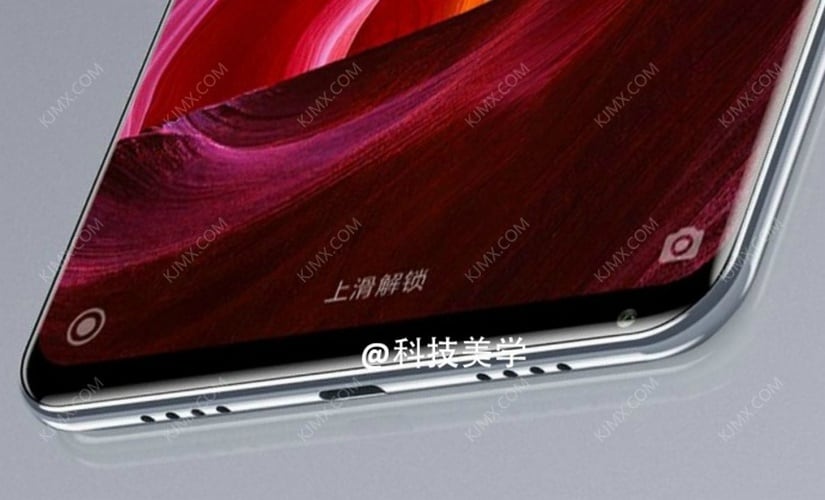 Mi Mix 1 packed a Qualcomm Snapdragon 821 chipset (Daydream compatible) with 4GB/6GB RAM and is available in both 128GB and 256GB options. It came with a 16MP PDAF rear camera and 5MP front facing camera. Apart from the usual Wi-Fi, Bluetooth, there was also full NFC functionality with a high-precision GPS module.