From pricing to variants to strap colour options, the Mi Band 4 is expected to bring plenty of upgrades.

Xiaomi’s much-awaited Mi Band successor, the Mi Band 4 is scheduled to launch at an event in China on 11 June. And just a day ahead of the official launch, the soon to be announced Mi Band 4 has been put up for pre-order on Chinese e-commerce website AliExpress as well giving us additional details about this much-anticipated product from Xiaomi. As per the product listing, the Mi Band 4 will be available for pre-order in a Non-NFC configuration and will be priced at $49.99. The smart band just like the Mi Band 3 is expected to be launched in an NFC and non-NFC version in mainland China.

The listing also gives out other details about availability. It mentions that the only the China-specific model will be launched on 11 June (and could possibly go on sale on the same day). But there is another global version of the Mi Band 4 that will arrive by the end of June. As of writing, there are no details about the additional features or differences that the global variant will bring.

While the previous leaks and teasers have hinted that new Mi Band 4 will feature an OLED display, the product listing clearly mentions an LCD display. Either way, the size of the display has not been revealed, but as per previous leaks is expected to be bigger than the unit on the Mi Band 3. The switch to a colour display is a big jump here as the previous Mi Band featured a black and white OLED display. This is one of the features on the currently available Mi Band 3 that falls short as competing products from brands like Honor already feature a colour OLED display.

The new smart band will also feature a bigger 135 mAh battery instead of the smaller 110 mAh battery on the Mi Band 3. There’s also improved connectivity with Bluetooth v5.0 and an improved ‘Heart Rate Monitoring’ system. 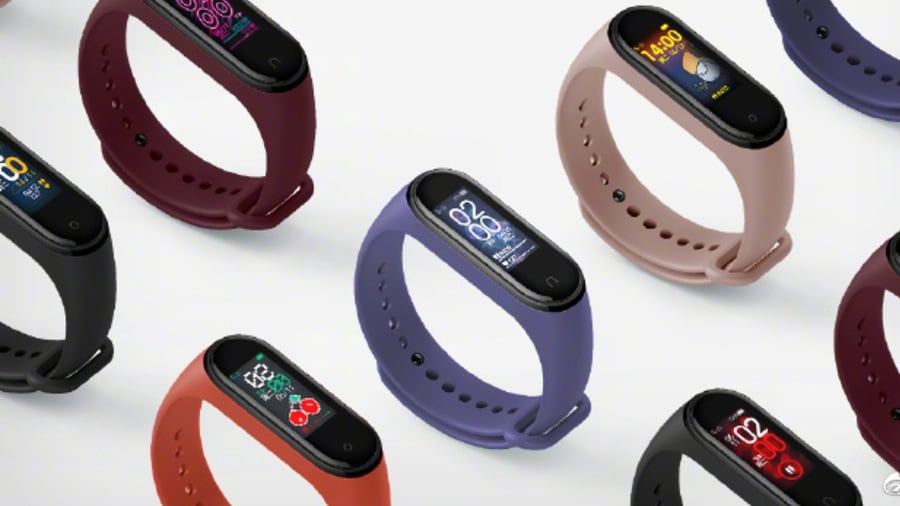 As per a previous teaser by Xiaomi CEO and founder Lei Jun, the device is expected to arrive with many more (optional) strap options than the Mi Band 3, which is currently only available in Graphite Black, Deep Blue, Wine Read and Electric Orange in India.

Xiaomi has yet to reveal any details about the Mi Band 4 coming to India. With a substantially upgraded colour display, we expect the Mi Band 4 to be priced a wee bit higher than the current model when Xiaomi decides to bring the smart band to India.