The Mi Band 3 is expected to get a display similar to the Band 2, but this time with a 2.5D curved glass on top but without a physical button.

Xiaomi's senior vice president recently confirmed that the Mi Band 3 will be officially launched at the company's 8th-anniversary celebrations on 31 May along with the Mi 8 smartphone. An official listing now seems to confirm the price of the fitness band as well. 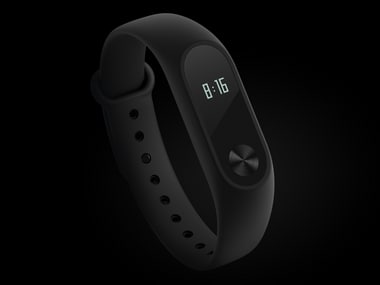 As per a report by Playfuldroid, a screenshot of the official listing seems to have leaked, revealing the price of the Mi Band 3 to be CNY 169 (approximately Rs 1,800). The listing was taken down shortly after the screenshot was captured so it is no longer accessible.

The leaked price of the Mi Band 3 seems to be on par with what we would have expected, considering that the Mi Band 2 was launched at a price of CNY 149. According to a report by GSMArena, Xiaomi's CEO recently stated that he has been testing the band for the past few months and found it to be considerably better than Xiaomi's previous two bands.

The Mi Band 3 is expected to get a display similar to the Band 2, but this time with a 2.5D curved glass on top. It's also expected to no longer come with a physical button and will feature gesture-based controls now.

Other expected improvements include the presence of Bluetooth 4.2, the introduction of NFC and an IP 67 rating for water and dust resistance.

Xiaomi Mi Band 3 Review: The best fitness tracker you can buy under Rs 2,000

Xiaomi launches the Mi Band 3 with waterproofing, capacitive touch, at a price tag of CNY 169