Xiaomi Mi 9 was also spotted early in January with Snapdragon 855 under the codename Cepheus.

Xiaomi had launched the Mi 8, Mi 8 Pro and the Mi 8 Lite in China last year. Now it seems that Xiaomi is set to launch the Mi 9 this year.

Xiaomi Mi 9 was also spotted early in January with Snapdragon 855 under the codename Cepheus, as per a report in GSMArena.

The Mi 9 has now been spotted on Weibo where Xiaomi co-owner Lei Jun posted a teaser, revealing the launch date as 20 February for the device. Also, there is a separate poster where the phone has been held by Roy Wang from TFBoys a.k.a. The Fighting Boys which is a popular Chinese boy band.

This poster gives us a sneak peek of the phone and reveals that the phone will come with a vertically aligned triple-camera setup.

The topmost lens seems to have some sort of circular highlight around it. The setup also consists of an LED flash which has been placed under the camera set up. 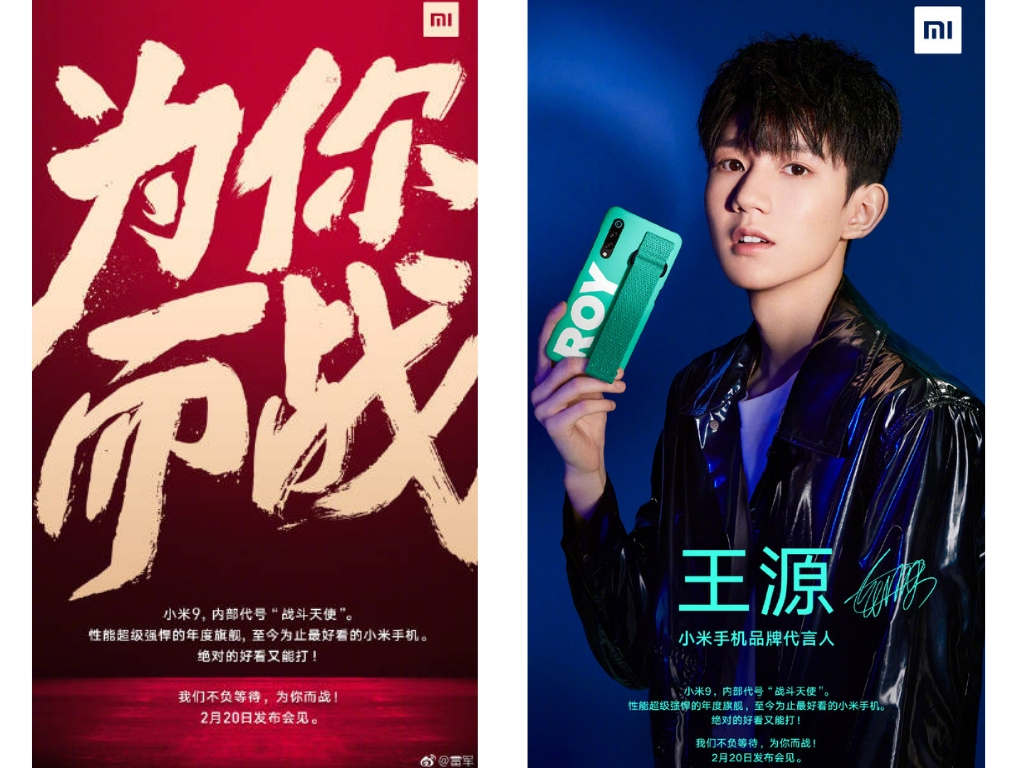 The launch date for Xiaomi's Mi 9 is coinciding with Samsung's unboxing event which is set to unveil the Galaxy S10 series.

Not only has the launch date and posters surfaced online, but as per the report in GizmoChina, the live images of the Xiaomi Mi 9 have also emerged on Weibo.

The Xiaomi Mi 9 might sport a waterdrop notch and very thin bezels on the display. The bottom bezel appears to be a bit chubbier than the rest.

As per the report, the phone might feature a 6.4-inch AMOLED display with Gorilla Glass 5. 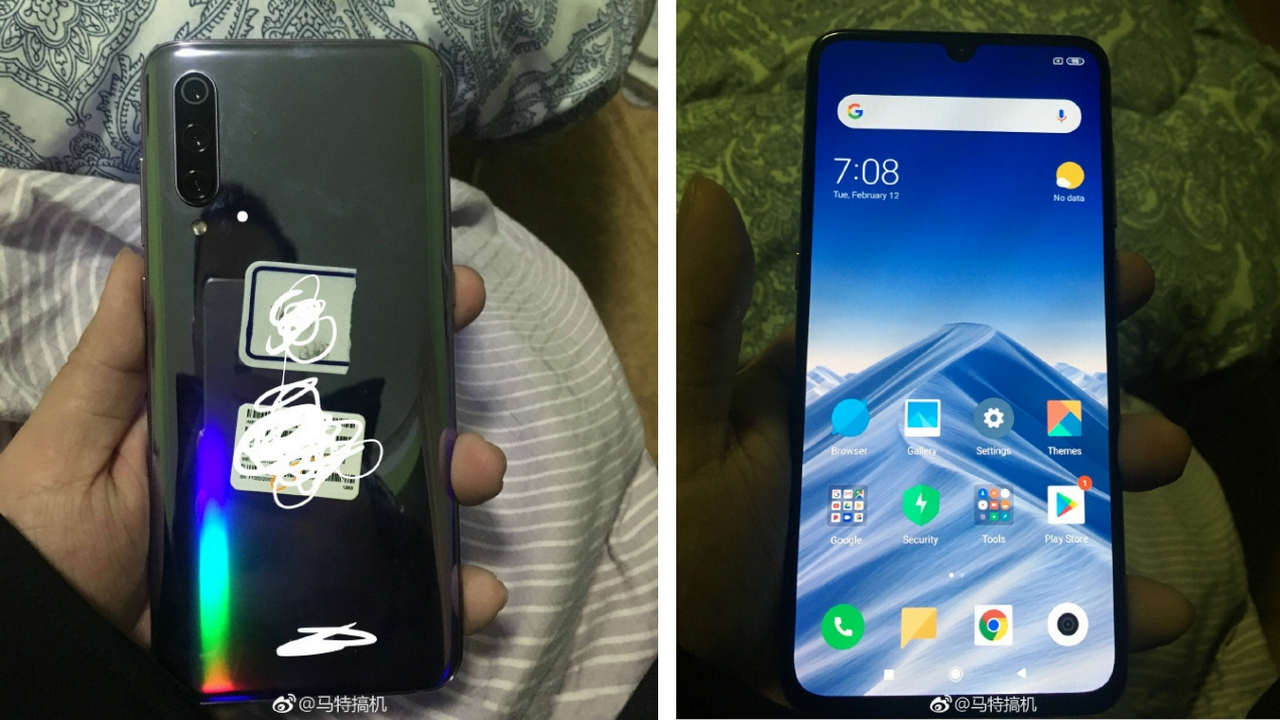 On the rear, the main camera of the triple-camera setup might be a 48 MP sensor paired with a 12 MP secondary sensor and a ToF camera.

The rear also seems to come with a glass back in the colours blue and black. The fingerprint scanner is not seen to be on the front and the back of the phone hinting that there might be one under the display.

The volume and the power button are placed on the right side of the frame, but as per the report in GizmoChina, there seems to be a new addition of an AI button on the left of the frame.

There is also an image of the "About Phone" section which gives out the information that the phone is running on MIUI 10and that it's equipped with 6 GB RAM and 128 GB storage.