Microsoft had introduced the original Xbox One console nearly four years ago.

Software giant Microsoft has stopped selling its original Xbox One in the US, reports said on Saturday. 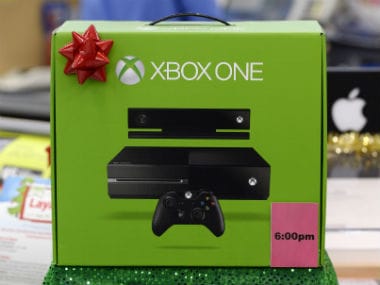 The original Xbox One is listed as "sold out" on the Microsoft Store and does not show up in searches for Xbox systems.

Microsoft had introduced the original Xbox One console nearly four years ago. It seems the original version of the console that launched in November 2013 has finally been retired; all hail the slimmer S and souped-up X versions, says a report in Engadget.

The original Xbox One looked similar to a VCR unit and cost $100 more than Sony's PlayStation 4 (PS4). The software giant focused on better hardware and introduced the Xbox One X in June, with ultra high-resolution 4K capabilities and a processor with liquid-cooling technology, claiming that it is the most powerful game console to date.

The hardware of Microsoft One X console is competing against its latest rival, the Sony PlayStation 4 Pro, with its cutting edge graphics processing features like six-teraflop GPU and 12 GB of GDDR5 RAM.

Recently, Microsoft had announced its upcoming flagship, the Xbox One X console at the E3 2017 in June. Starting today, Microsoft has begun the pre-orders for the Xbox One X: Project Scorpio edition at $499. The console will start selling from 7 November onwards. Keep in mind, that the Project Scorpio edition is limited and is already sold out on the Amazon US store.

The Xbox One S had been launched in August 2016 and was a toned up version of the Xbox One console. The One S has 1 TB of storage and native support for 4K while having a reduced size. It lacks the support for Microsoft's Kinect though. While there isn't an official product page for this special edition Xbox One S, pre-bookings have already begun from 21 August and the release date has been slated at 3 October. The Minecraft edition Xbox One S console can be bought for anywhere between $300 - $350 .