Spotify has announced that it has signed a multi-year podcast deal with Avengers: Endgame directors’ AGBO production company.

Bringing the DC Universe to life in audio, signing a multi-year podcast deal with Avengers: Endgame directors’ production company AGBO, expanding Spotify SoundUp, and new interactive tools, are only a handful of the many other announcements Spotify made at the Stream On event last night, furthering the company's obsession with expanding podcasts. Not surprisingly, Spotify CEO and founder Daniel Ek believes that the future is audio – a shift he calls the 'Audio Renaissance'. The company's push towards it in the last few years has given the platform a head start of over a decade, said Ek, adding, "We are in the midst of an explosion of audio creation".

Spotify now has over 2 million podcasts. This, the company says, is an increase of 1,500 percent in the last three years alone.

The next big thing on Spotify: Podcasts

At the Stream On event, Spotify made various announcements to show its commitment towards an audio-dominated (especially podcast) future.

Spotify has announced that SoundUp, a feature aimed at bringing more diversity to the platform, is being expanded from six to 14 countries, including India. The company also announced that it signed a multi-year podcast deal with Avengers: Endgame directors’ AGBO production company. The directors will produce several series for Spotify.

Spotify is also partnering with Warner Bros to bring DC universe to life in audio.

Last year, I sat down with my good friend Bruce @Springsteen for a long and meaningful conversation that touched on so much of what we’re all dealing with these days. I’m excited to share it with you over the next few weeks: https://t.co/sQACD08AWx pic.twitter.com/biMoxCLhAG

Spotify says in 2020, eight out of every 10 new podcast on Spotify was created using Anchor (the company's podcast creation platform). 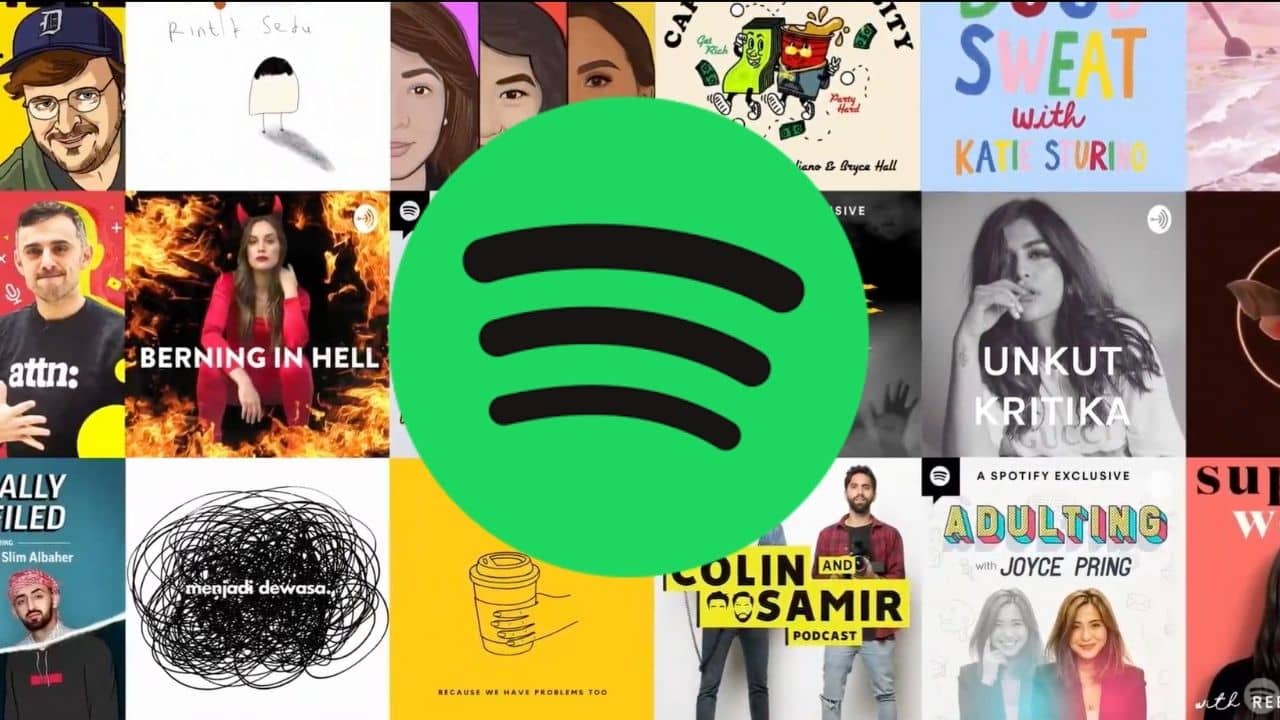 Spotify now has over 2 million podcasts on the platform. Image: tech2/Nandini Yadav

Calling it the "Future formats of audio", Spotify now lets creators curate songs from the platform's music catalogue directly into their podcast. For listeners, they are able to use this feature to discover and find new music they hear in these episodes.

One of my personal favourite announcements, however, was Spotify's new partnership with WordPress that will let new creators turn their written content directly into podcasts. This creator tool is now available.

Spotify has also said that it will soon allow creators to add video to podcasts.

Additionally, Spotify also plans to add interactive tools to for podcast creators like polls and Q&As.

Creators will soon be able to use interactive features like poll or Q&A for their podcast episodes. #SpotifyStreamOnhttps://t.co/PzpO0T7cza pic.twitter.com/tp05WeJVAe

Further, at the event, Spotify also confirmed its plans to launch paid podcast subscriptions on its platform. In the next few months, the company will be beta testing a new feature on Anchor that will allow US creators to publish paid podcast content aimed at their “most dedicated fans.” You can sign up for the beta on blog.anchor.fm/streamon.

Spotify for Artists, which is currently being used by over 1 million creators, will soon be added with support for 25 more languages. The platform will soon also open its Canvas looping visual to all artists, widen its Marquee marketing tool and launch Discovery Mode as a test later this year.

Today, we're giving all artists access to Canvas — so they can add a looping visual to their tracks on Spotify

Setting its vision for "a new golden age of audio", Spotify founder and CEO Daniel Ek also revealed in 2020 more than 1.8 million albums were released on the platform. Ek says since 2008, Spotify has expanded to 93 markets, and the streaming platform currently accounts for over 345 million listeners. Spotify's library includes over 70 million tracks, 4.5 billion playlists, and over 2 million podcasts.

Ek says, from smartphone to car infotainment systems, Spotify is used on one 2,000 different devices.

Spotify co-head of Music, Jeremy Erlich, further added a few more statistics to this: Over 60,000 new track are delivered to Spotify every day, and in 2020, Spotify added 76,000 artists to its playlists for the very first time.

In 2020, over 76,000 artists were playlisted for the first time on Spotify—resulting in 16 billion discoveries by fans a month #SpotifyStreamOn

"...we are helping listeners discover artists they have never heard before, 16 billion times a month", Erlich said.

Spotify's chief R&D officer says that every hour over 50,000 hours of content is uploaded on the platform.

Spotify's biggest announcement of the day was that in the next few days, it will be rolling out the service to 80 new markets worldwide.

We launch in 80+ new markets over the next few days. See you soon Bangladesh, Pakistan and Nigeria #SpotifyStreamOn pic.twitter.com/Wqv3IFdicz

The platform also announced that it will be adding support for 36 new languages, including Hindi, Romanian, and Swahili.

At Stream On, Spotify also revealed its plans to launch a new subscription tier called HiFi for high-quality audio later this year, is select markets. Spotify didn't specify how much the new subscription plan will cost or where it'll first roll out.

And a feature that didn't really come as a surprise, Spotify said that it is testing Clips, which is essentially like Instagram Stories. The feature is currently under testing in select regions with select users, but it is expected to roll out to other markets and users soon.

Spotify Clips will debut on even more Spotify playlists, featuring artists in short videos that let them put their own stamp on a playlist experience #SpotifyStreamOn pic.twitter.com/sgHTWV244W

Spotify also celebrated two years in India. On an average, a Spotify listener in India streamed nearly 150 artists and three podcasts in 2020. Spotify also revealed that, currently, 90 percent of podcast listeners from India are under the age of 35.

Spotify also says that the number of podcasts created on Anchor in India have increased 80x in a span of one year since February 2020.

Another interesting figure: Listeners in India streamed happier music in 2020 than in 2019. The average happiness rating of all music streams increased 2 percent on Spotify India during this time.